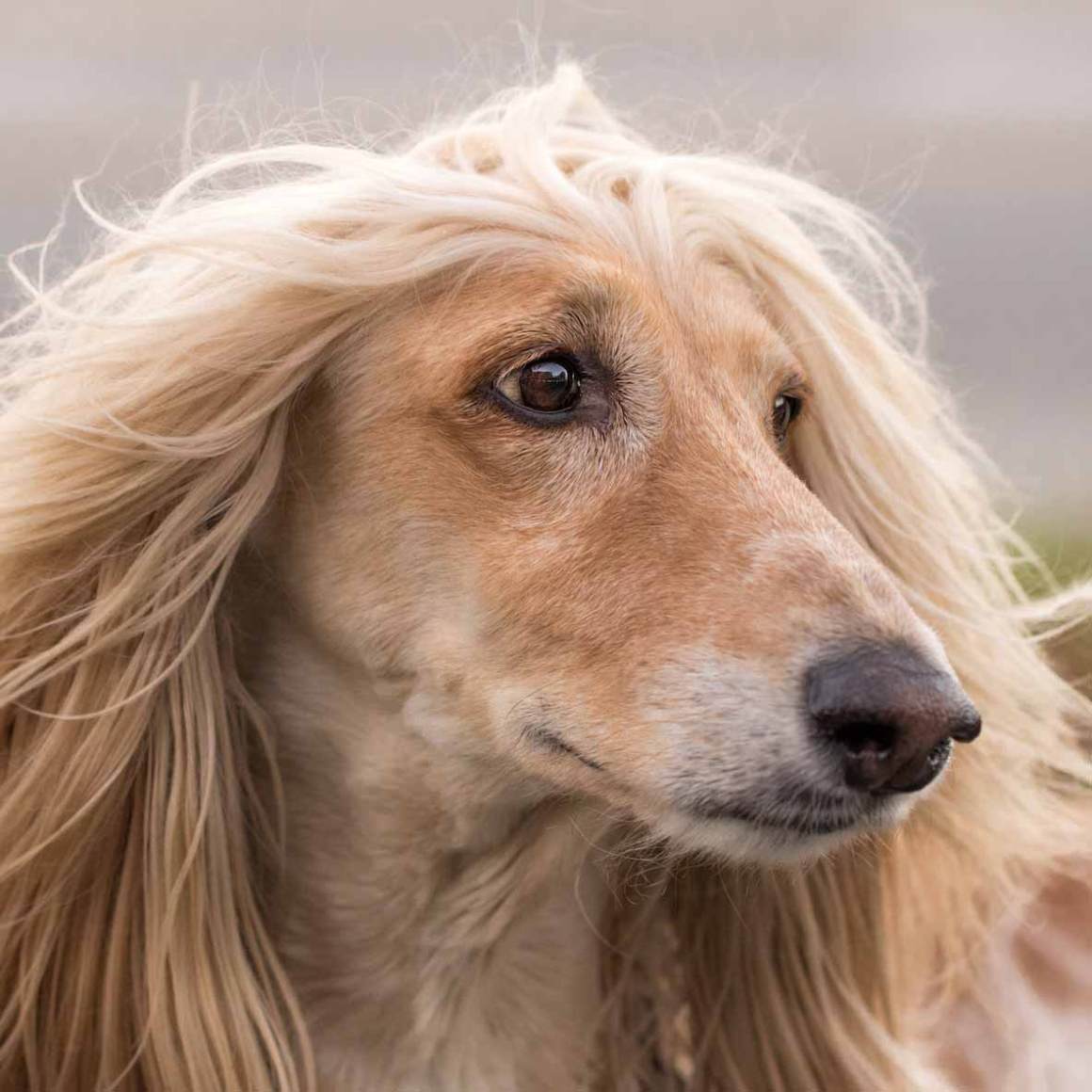 The Afghan Hound Dog Breed has been identified as a base breed that predates the 19th-century advent of contemporary breeds. It has the most resemblance to the Saluki. In Afghanistan’s cold mountains, the breed is selectively bred for its distinct characteristics. Tazi Spay is the local name for it. The history of the Afghan Hound breed is inextricably linked to the history of dog shows and the Kennel Club.

Numerous sighthounds were introduced to England in the 1800s by army commanders coming from British India (which encompassed Afghanistan and Persia at the time) and were displayed at dog shows under various names, including Barukzy hounds. The English also referred to them as “Persian Greyhounds,” a reference to their own native sighthound.

Captain Bariff acquired Zardin from India in 1907, and he became the early breed type ideal for what was still known as the Persian Greyhound. Zardin was the inspiration for the first breed standard, which was written in 1912, but the breeding of the dogs was halted due to World War I. 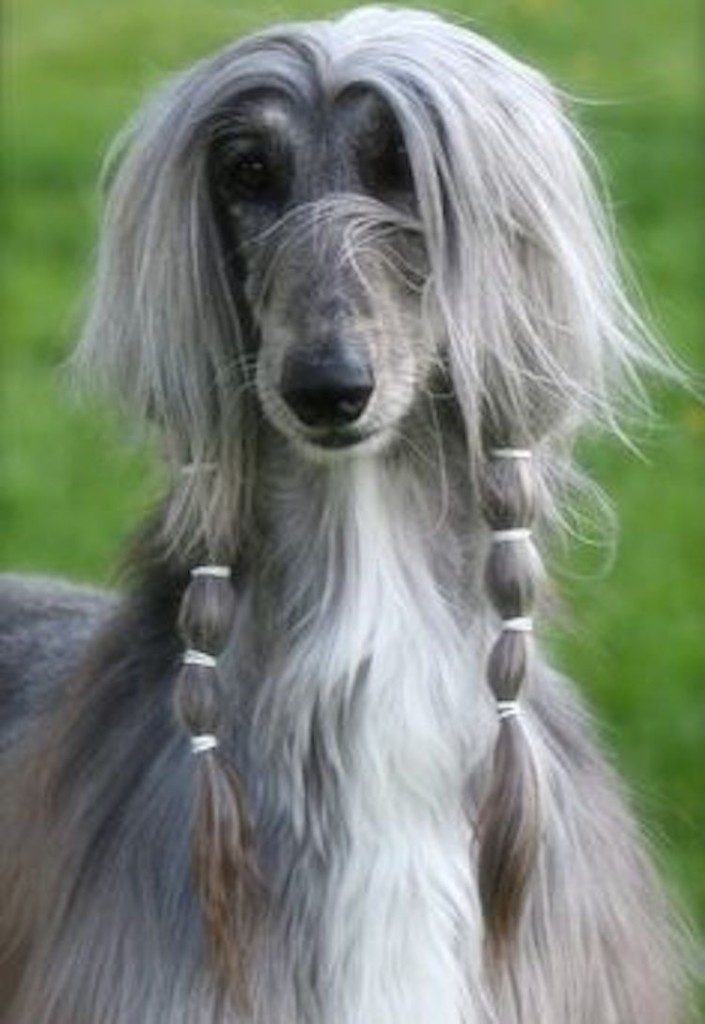 The modern Afghan Hound breed is made up of two main strains. The Bell-Murray strain is named after a set of hounds imported to Scotland from Balochistan by Major and Mrs. G. Bell-Murray and Miss Jean C. Manson in 1920. These dogs are of the lowland or steppe breed, with a lighter coat.

Mrs. Mary Amps’ kennel in Kabul was the source of the second strain, which she sent to England in 1925. The contemporary Afghan Hound breed was created by combining mountain and steppe strains, and a new standard was issued in 1948 and is still in existence.

The Afghan Hound can also have a coat that is considerably more “patterned.” This descends from the Bell-Murray and Ghazni lines and is distinguished by considerably lighter coat feathering, a deeper saddle, and much shorter face and neck hair. The Afghan Hounds in question are said to have originated in the country’s hotter regions.

The Afghan Hound Dog Breed is recognizable by its thick, thin, silky coat and a ring curl at the end of its tail. In Afghanistan’s icy highlands, the breed is selectively bred for its distinct characteristics. The Afghan Hound is a large dog, standing 61–74 cm tall and weighing 20–27 kg. The coat can be any color, but white marks, especially on the head, are frowned upon; many people wear a black face mask. 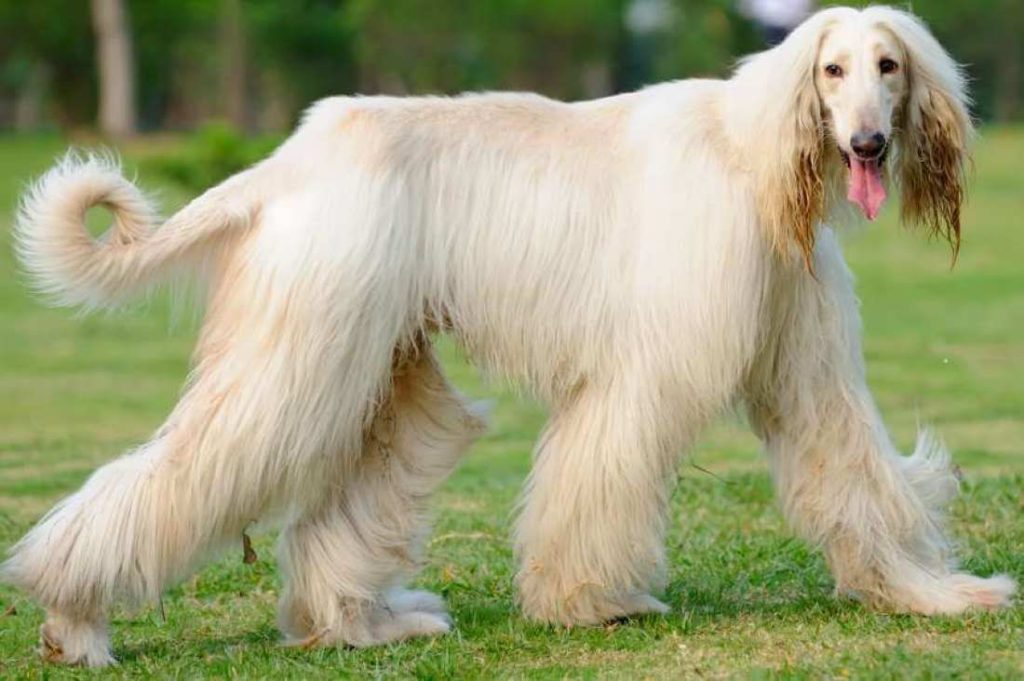 Although some Afghan Hounds are nearly white, the AKC standard penalizes parti-color hounds, whereas the FCI does not. Their long, fine-textured coat necessitates a lot of attention and grooming. The Afghan Hound coat is distinguished by its long topknot and shorter-haired saddle on the dog’s back. The breed’s prominent hipbones and one-of-a-kind little ring on the end of the tail are further distinguishing features.

When playing, the Afghan Hound can be reserved and dignified, but cheerful and clownish. This breed, like many other sighthounds, has a strong prey drive and may have trouble hunting small creatures. The Afghan Hound may be a competitive dog mobility competitor as well as a compassionate therapy dog and friend. According to genetic tests, the Afghan Hound is one of the oldest dog breeds. Afghan hounds are noted for their independence and self-assurance, as well as their kind, mostly calm, and amusing attitude when around humans. 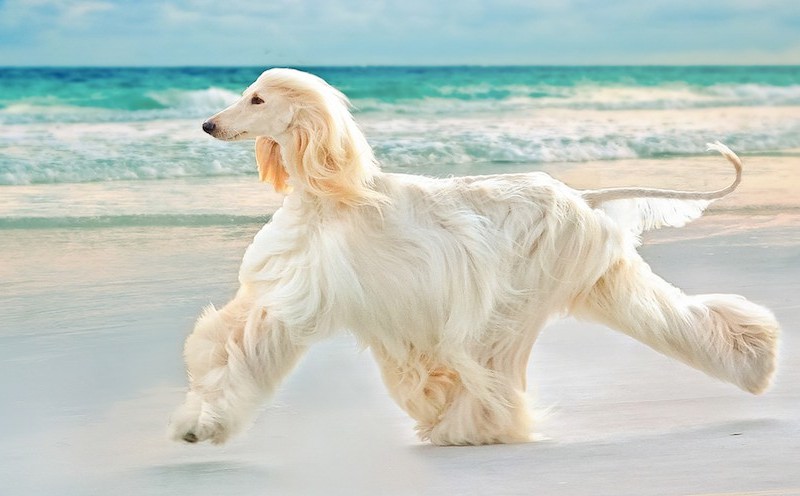 Dog trainers have a reputation for the breed having a slow “obedience intelligence.” Afghans require daily exercise, but after they have had a chance to run around, they are frequently content to relax on the couch with their owners. Daily walks or runs, as well as activities that make use of the Afghan’s natural hunting instincts, are encouraged.

Allergies, cancer, hip dysplasia, and hypothyroidism are major health concerns among Afghans. They have 12–14 years of life span