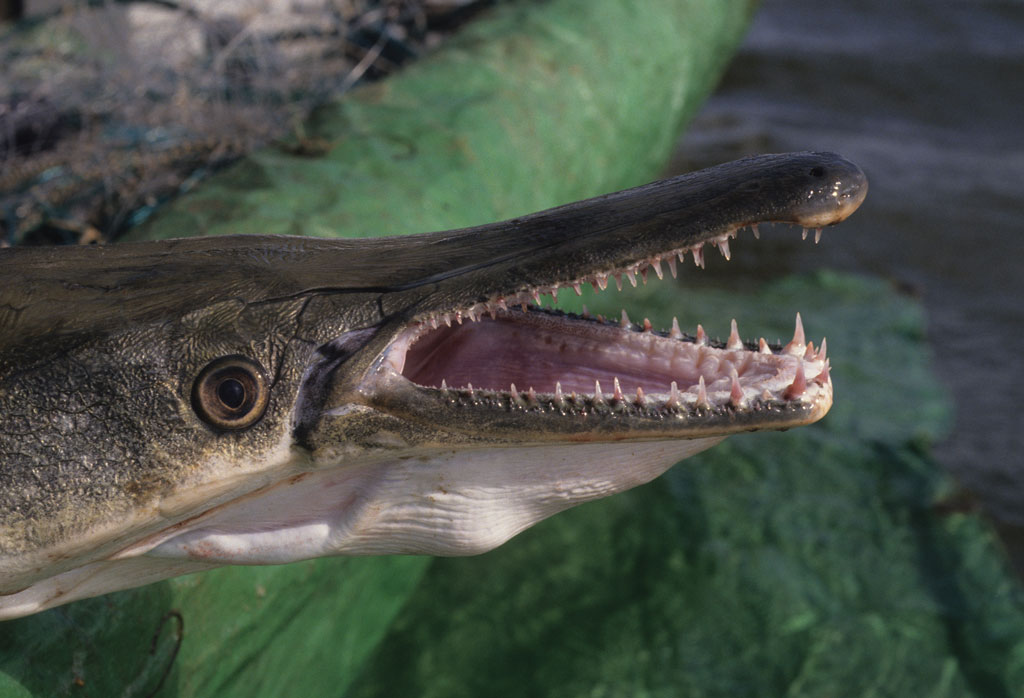 The fossil record traces this group’s existence back to over 100 million years ago. The Alligator Gar Fish is a ray-finned fish that is related to the bowfin in the infraclass Holostei. It is the biggest species in the gar family, and among the largest freshwater fish in North America.

The gar is often referred to as a “primitive fish” or a “living fossil” because it has retained some characteristics of its early ancestors, such as the spiral valve intestine and ability to breath both in air and water. This is also common to sharks and other fishes.

Alligator gar were seen as trash fish for nearly 50 years. State and federal authorities targeted them to protect gamefish populations and prevent injuries to people. They were targeted for elimination in order to prevent alleged attacks on humans.

In the 1980s, people came to better understand ecological balance. Eventually, alligator gars became recognized as an important part of ecosystems and were given protection by federal and state agencies.

The alligator gar has gills, but it also has highly vascularized swim bladder lungs that assist its gill respiration. This type of organ is not only crucial for providing the gar with buoyancy, but it also allows them to breathe in air, and help them to live in bodies of water where most other fishes would die of suffocation.

Alligator Gar fish which is a fresh water species is named for its toothy snout, which resembles that of an alligator’s. The creature has two rows of dagger-like sharp teeth on the top and bottom of its mouth, and adults are brownish yellow with darker markings on their backs. The head is sometimes lighter in colour which makes them to blend into dark and muddy water.

The ganoid scales on these fish aren’t like those of other fish. Instead, they are bone-like and rhomboidal, covered by an enamel-like substance, and often serrated. They provide excellent protection against predators.

Alligator gar are relatively passive, seemingly sluggish solitary fish. They have the ability to float motionlessly at the water’s surface for several minutes, waiting patiently for unsuspecting prey to swim within reach. Alligator gars are opportunistic night predators and primarily piscivores, but they also ambush their prey floating at the surface. 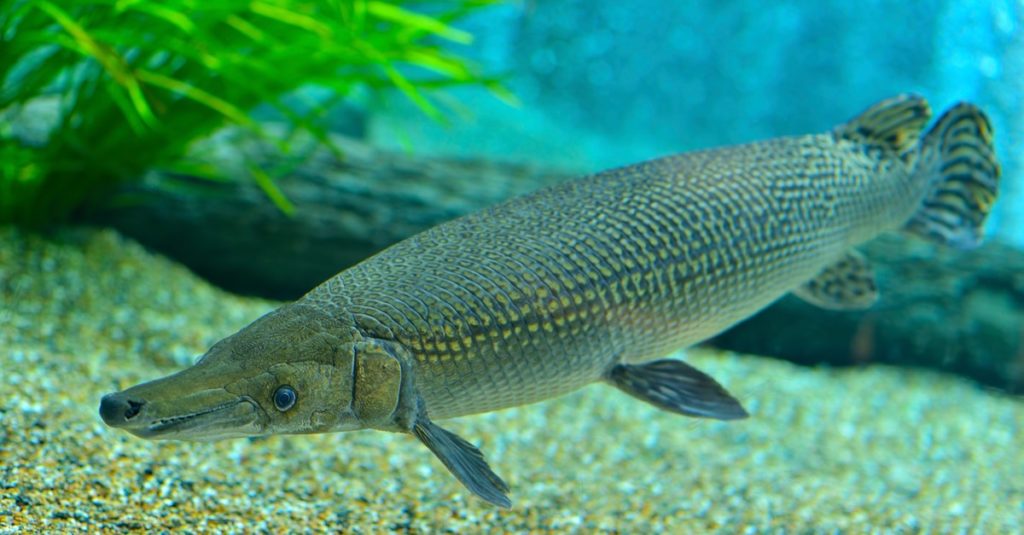 Alligator Gar inhabits fresh waters such as swamps, large ponds, lakes, and rivers. They tend to hide in dark and brackish water where they are difficult to spot because their coloration blends with the water. Although, there are reports that they sometimes live in saltwater.

The alligator gar is a primitive species, and as such has longer lifespans and sexual maturity than most other fish. It takes females over 10 years to reach sexual maturity, while it takes males half that time. Spawning only happens under precise conditions; the extended photoperiod and rising water temperatures signal its readiness for mating. 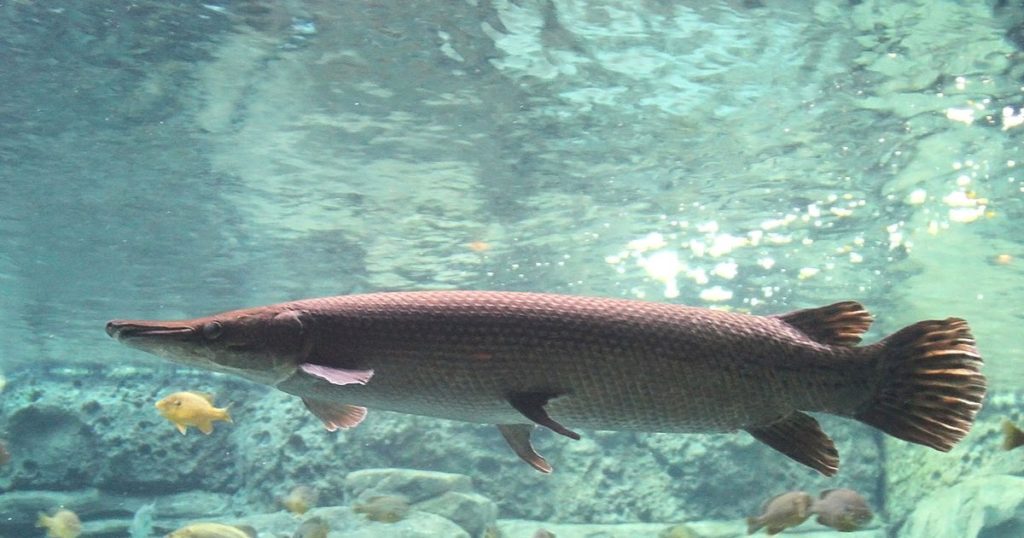 Alligator gar eggs are bright red and poisonous to humans if ingested. Gar often eat their own kind when food resources deplete, such as in a drought. Gar can live for an average of 26 years in the wild but females tend to be longer lived than males with average lifespan of 50years. 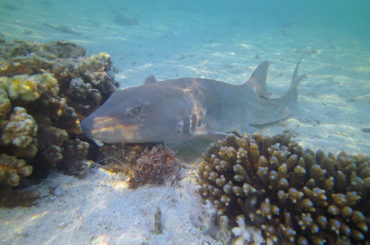