The American bobtail cat breed resulted from a natural selection process, which began in the 1960s. The brown tabby male used to develop the breed was born with a short tail, while Siamese female had a naturally long tail. Their offspring were then bred together to create a new cat breed.

Bobtail cats are the result of a genetic mutation in domestic cats. The original Bobtail was found in Arizona, dropped off by someone at an inn. The Bobtail was first developed by a couple who found a feral cat that they named Yodie. Yodie was either a bobcat/domestic cat hybrid or had bobcat-like parents, but because of his appearance and short tail, he was believed to be the former.

In the past, domestic cats have been known to mate with bobcats. However, these hybrids would probably be sterile because they are so closely related. It’s more likely that Yodie’s short tail occurred through a spontaneous mutation found in domestic cats.

The first litter born to Yodie contained both normal-tailed and bobtailed kittens, suggesting that the gene governing Yodie’s bobbed tail was dominant. A dominant gene only needs to be present in one parent for it to appear in offspring. They called this breed American Bobtail.

The first lines of the Bengal breed were inbred and unhealthy. The focus then became to make them healthier and one that looked like Yodie: a large, feral-looking tabby with long hair and a bobbed tail. Healthier cats had a rounded brow from forehead to eye ridge that enhances their feral look.

The bobtail is a medium-sized cat that typically weighs between 6.5 and 9.1 pounds (3–4 kg). They are muscular, solid, long-legged cats with powerful hindquarters and short tails. Their short tail is often the result of artificial selection for this trait in some regions where longer tails are considered undesirable due to the risk of injury. 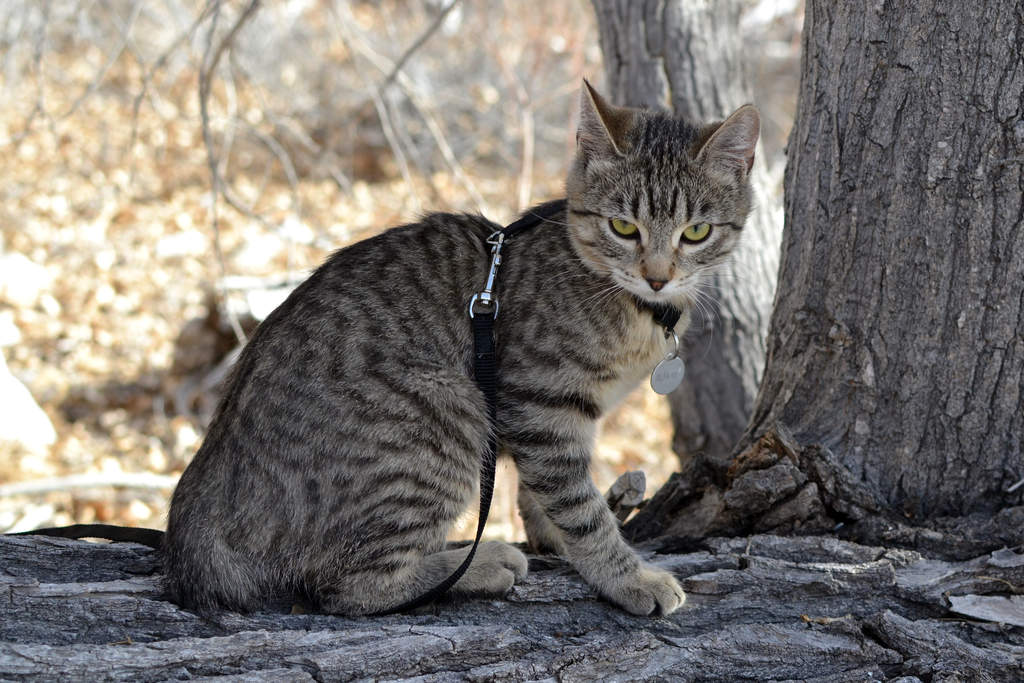 The head is broad and wedge-shaped, with a slight curve between the nose and forehead. The brow is wide and rounded, with good length between the brow and ears. The ears are medium in size, wide at the base, and slightly rounded at the tips. They tend to have lighter colored thumbprints (small splotches) on back of their ears.

The body of the bobtail is long and muscular with a rectangular stance. Their chest is full and broad, while their hips are slightly higher. They have prominent shoulder blades which are often muscular an athletic in appearance. Their eye color can be copper, gold, yellow or green; blue in bi-color. The eye is large and medium wide apart.

The length of their tail increases in proportion to their body. Their paws are usually large and round. Their toes may have tufts that are visible when they have long hair. They often have five toes in front but four in the back, just like other domestic cats.

The American Bobtail is a breed with both wild looks and temperament. This cat’s devoted, loving, and intelligent personality has earned it a loyal following. These confident, friendly cats bond emotionally with their families and are devoted companions that adapt quickly to most home environments.

Bobtails are playful and energetic. They have a high intelligence, being able to escape from closed rooms and fastened doors. Bobtails are very people-oriented cats, often meowing for attention from their owners.

American bobtails are not just outgoing, but also active and highly trainable. They enjoy jumping, climbing, and playing games with their owners. They can be train and include themselves in playing fetch and walking with family member.

The Bobtail’s coat doesn’t tangle often, so you only need to brush it every couple of days. You may notice that the cat sheds more in the spring and fall, so brush him more frequently during those times. A bath is rarely necessary. Brush your cat’s teeth daily to prevent periodontal disease. 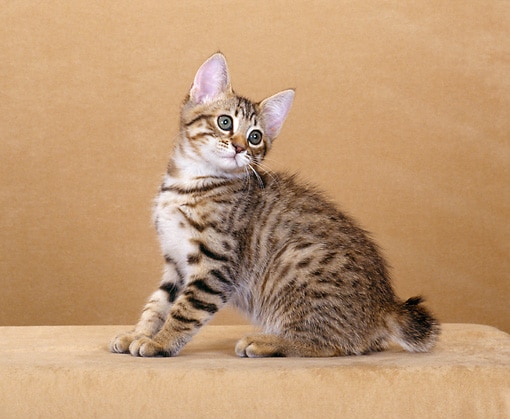 American Bobtails are generally healthy. They have varying incidences of health problems due to hereditary factors.