The American Saddlebred Horse is a type of horse that was developed in the US. This breed of horse is descended from horses brought to America by Spanish explorers and settlers. They were known for their speed, agility, and strength. They were strong and fast, with the stamina to carry a rider over long distances they were known as “American Horses.”

The Saddlebred has its origins in the Hobby and Galloway horses, which were brought to America by settlers. The Hobby horses had ambling gaits; they were further refined to become a now-extinct breed called the Narragansett Pacer, which was known for its ambling and pacing gaits. 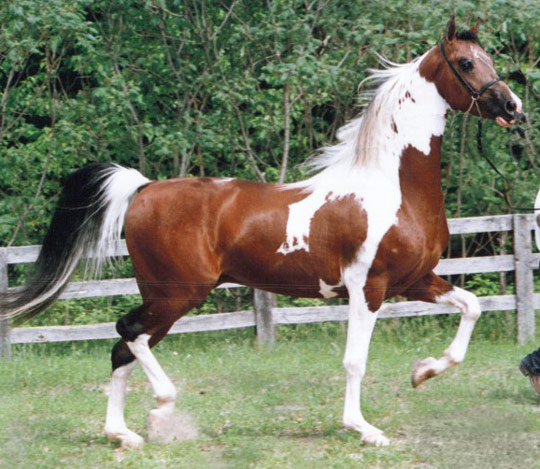 The American Saddlebred is a riding horse from the United States. This breed is referred to as “Horse America Made” because it descends from a mix of riding-type horses that were used in the Revolutionary War and was bred with breeds such as Narragansett, Canadian Pacers, Morgan, and Thoroughbreds.

During the mid-19th century, the crossbreeding of different breeds created a taller horse with better muscle tone and stamina. During this time period, Thoroughbred blood was added to create a more refined breed that became known as the Kentucky Saddler.

During the 20th century, the popularity of American Saddlebreds continued to grow. They were exported to South Africa and Great Britain from the United States. In 1976, a breed registry was established in the US for these horses. Since then, almost 250,000 have been registered with this registry. The American Saddlebred can now be found around the world with different breed registries.

There are many different colors of Saddlebreds. Most common are chestnut, bay, brown, and black. Some are gray, roan, palomino and pinto. The first-known pinto Saddlebred was a stallion foaled in 1882. In 1884 and 1891, two additional pintos were born to two mares. Saddlebreds are popularly known as show horses, with horses being shown saddle seats in both three-gaited and five-gaited classes. 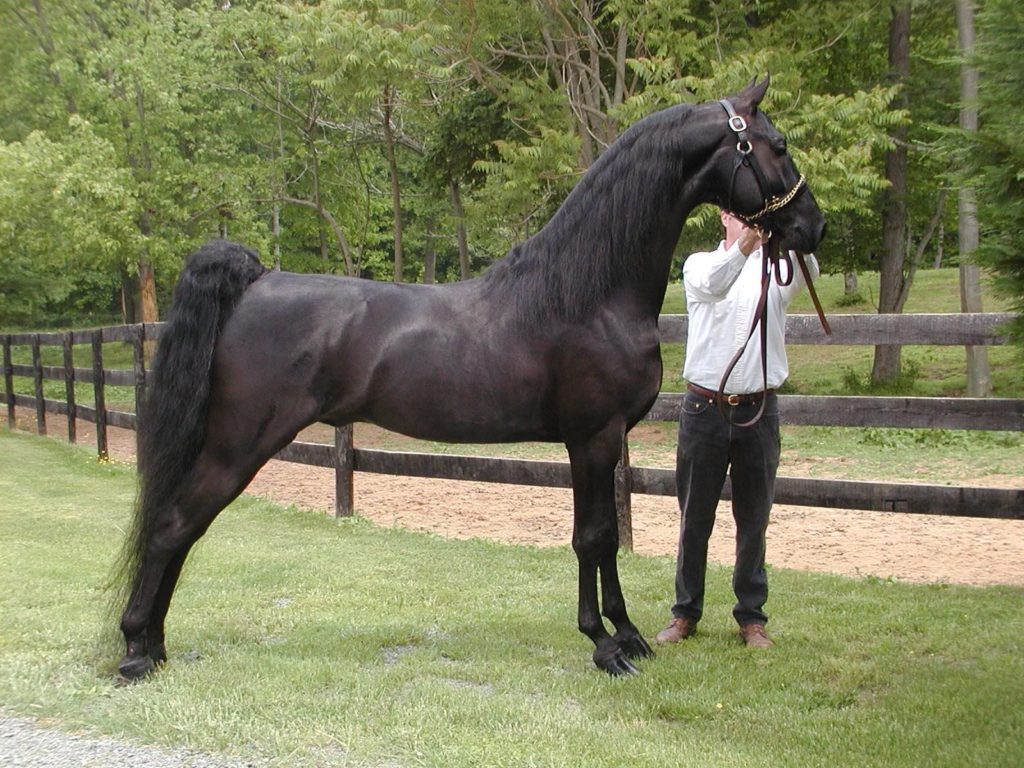 American Saddlebred Horse are considered to be a gaited breed, as some are bred and trained to perform four-beat ambling gaits. The slow gait is one of the three possible ambling patterns, while the rack is much faster.

American Saddlebred Horse do well on a diet of grass, hay, and a feed concentrate. Some show mounts may benefit from increased grain consumption or the consumption of a grain designed to provide them with the energy they need during their top performance show. 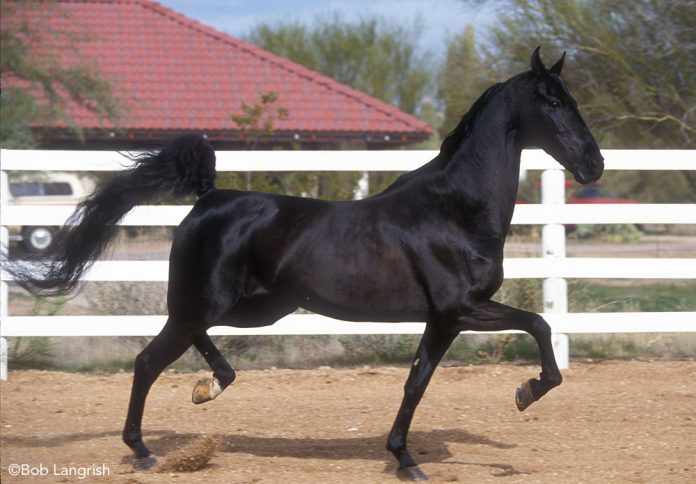 Caring of the American Saddlebred Horse

Most American Saddlebred Horse have long, flowing manes and tails. These are beautiful to look at but require attentive care and regular grooming to keep them healthy. Regularly brushing the mane with a spray conditioner can help prevent knots and tangles, keeping the mane free-flowing. Grooming and maintaining a tail are more challenging.

Lordosis, also known as swayback or low back, is a condition that has been found to have a hereditary basis in Saddlebreds. Horses with lordosis are generally healthy and unaffected by the condition but must be penalized at shows because of it.