The American Water Spaniel was originally bred in Wisconsin to help hunters. The breed originated along the Fox River and its tributary the Wolf River during the early 19th century. Hunters needed a dog that could land game on both land and water, so they created a versatile hunter skilled at bringing in a variety of game.

In the 1800s, European immigrants settled in Wisconsin and Minnesota to take advantage of the state’s abundant waterfowl. Over time, they began hunting with dogs that resembled native breeds and were able to adapt to their environment and climate.

In the early 1900s, hunters in Wisconsin wanted a dog that was small enough to be transported in a skiff and could withstand cold water temperatures. They thought of breeds such as the English Water Spaniel and Irish Water Spaniel and any of their hybrids. The Curly-Coated Retriever, Native American Dogs, Poodles and Sussex Spaniels may also be involved.

The American Water Spaniel is known for its hunting ability. It can distinguish between wild and domestic fowl, which has led hunters to use it as a retriever.

The United Kennel Club formally recognized the breed as the American Water Spaniel in 1920. However, no one bred these dogs for anything but hunting ability until they were recognized by the AKC in 1940. Even after recognition, it is rare to see this breed as a pet today because of its forte in the field.

The American Water Spaniel is a small, strong breed that is highly versatile. This dog has a long, strong muzzle and muscular shoulders and quarters, the hindquarters are broad enough to propel through water and over land. The coat is short, glossy and dense with little undercoat. . It has an average height but is longer than tall. The ears are well covered with hair and the gait is balanced. 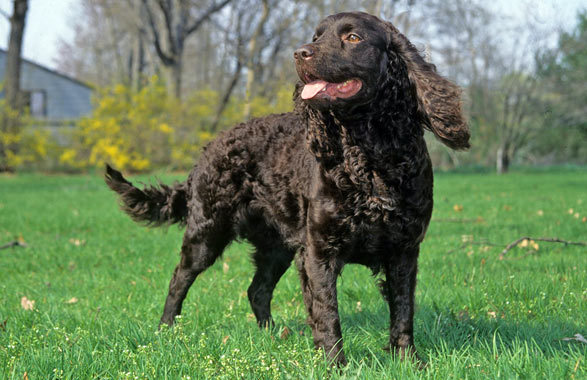 The American Water Spaniel is a medium-sized dog with a curly liver, brown, or chocolate colored coat. It has an average height of 38–46 cm and weight around 11–20 kg. The coat can fall in two different patterns: tightly curled or in the marcel pattern where the fur in waves.

The American Water Spaniel has a coat that is water resistant usually in colour brown and protects the dog from foliage. The outside layer of the coat helps to repel water, while the inside layer provides insulation to keep the dog warm.

The American Water Spaniel is a natural lover of water. They are skilled and versatile retrievers, but they are also fun-loving family dogs—as long as they get regular physical and mental exercise. They can be shy when meeting new people. Generally good with other dogs in the household. 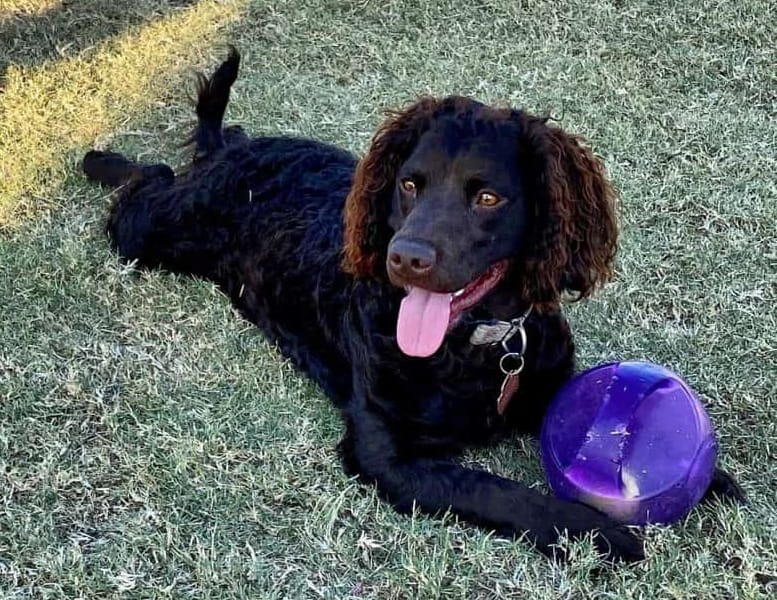 The American Water Spaniel is a smart, energetic dog that can be easily trained. It makes an excellent watchdog and companion for adults or children. The breed performs well in the show ring because of its intelligence, but it doesn’t always do well in obedience or agility competitions.

The American Water Spaniel requires daily exercise, which can be met with a long walk. They are athletic dogs who love hunting and swimming, so they need lengthy exercise. Without sufficient exercise, they can become destructive. Early socialization and puppy training classes are recommended. 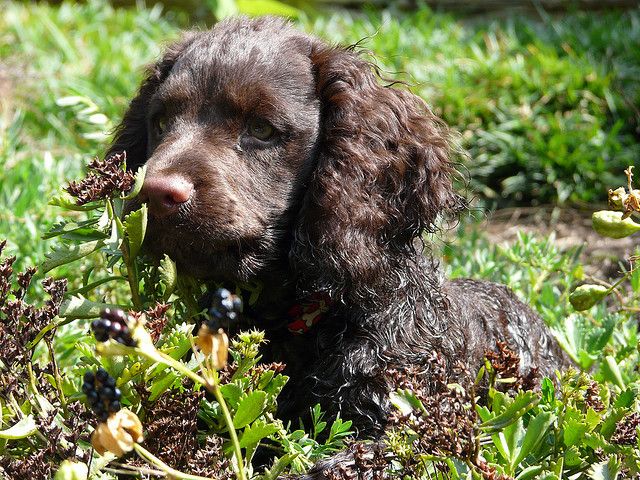 Grooming for an American water spaniel is a weekly responsibility. During the summer, the coat is thinner and easily maintained with a rubber-tipped pin brush. During shedding season in winter, and especially if you own an adult dog, you should use a slicker brush to remove dead hair from the undercoat.

American Water Spaniels are generally healthy dogs who live an average of 10-13 years. With proper care, the breed has little chance to develop eye diseases such as cataracts and progressive retinal atrophy.