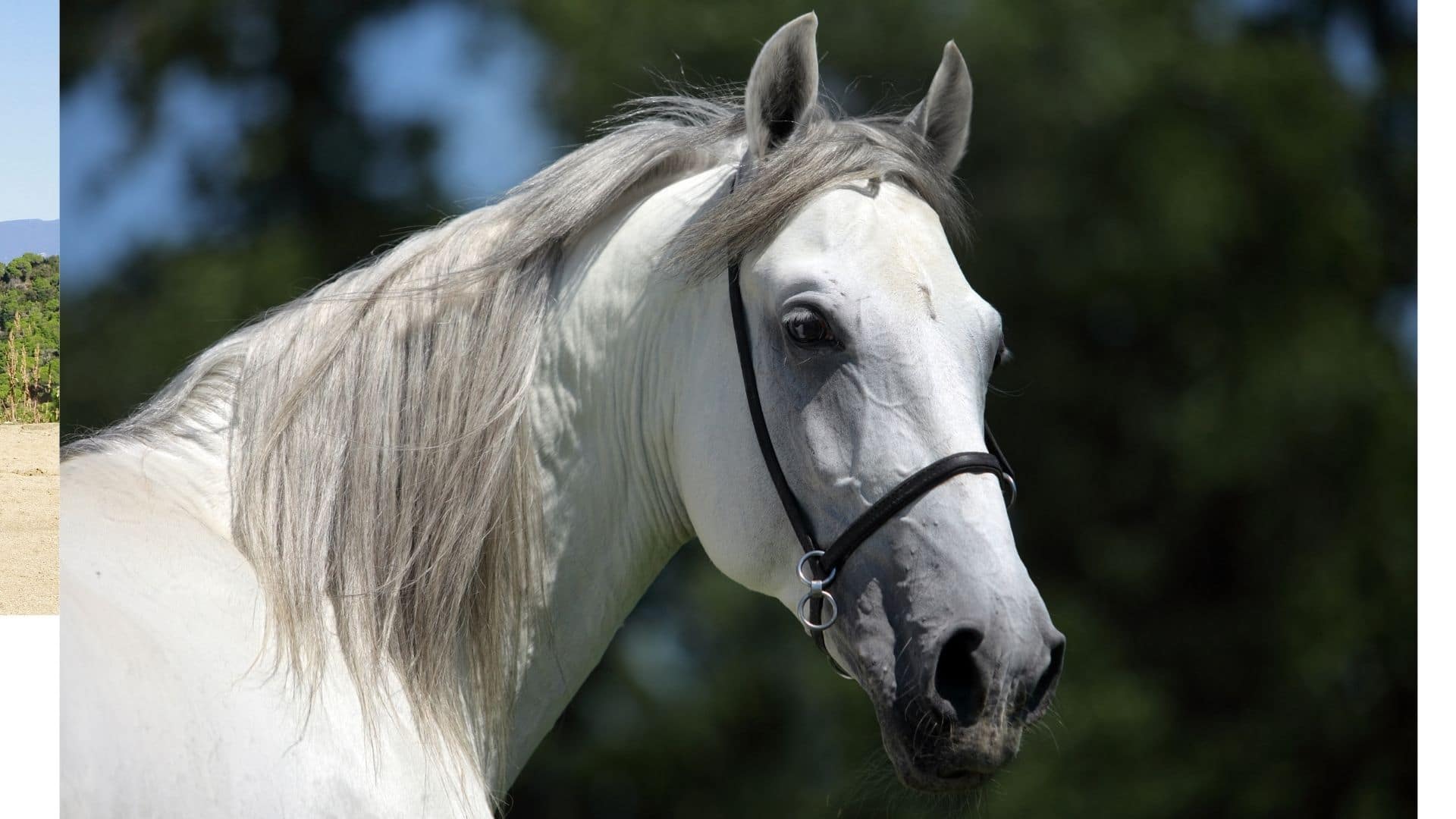 The Andalusian is a horse breed from the Iberian Peninsula, where its ancestors have lived for thousands of years. The Andalusian has been recognized as a distinct breed since the 15th century, and its conformation has changed very little over the centuries. The Andalusian is well-known for its prowess as a warhorse and was prized by the nobility.

The Iberian horse is a breed that was influenced by many different people and cultures. The Celts, the Carthaginians, the Romans, various Germanic tribes, and the Arabs all had an effect on this breed of horse. The Iberian horse was known to be a warhorse as early as 450 BCE.

In the late 19th century, herd numbers dropped dramatically due to warfare, disease, and crossbreeding. In the early 20th century, herds were recovering from this trend despite some drops in population before World War II. Restrictions on Andalusian horse exports from Spain were lifted in the 1960s, which allowed them to spread across the world since then. 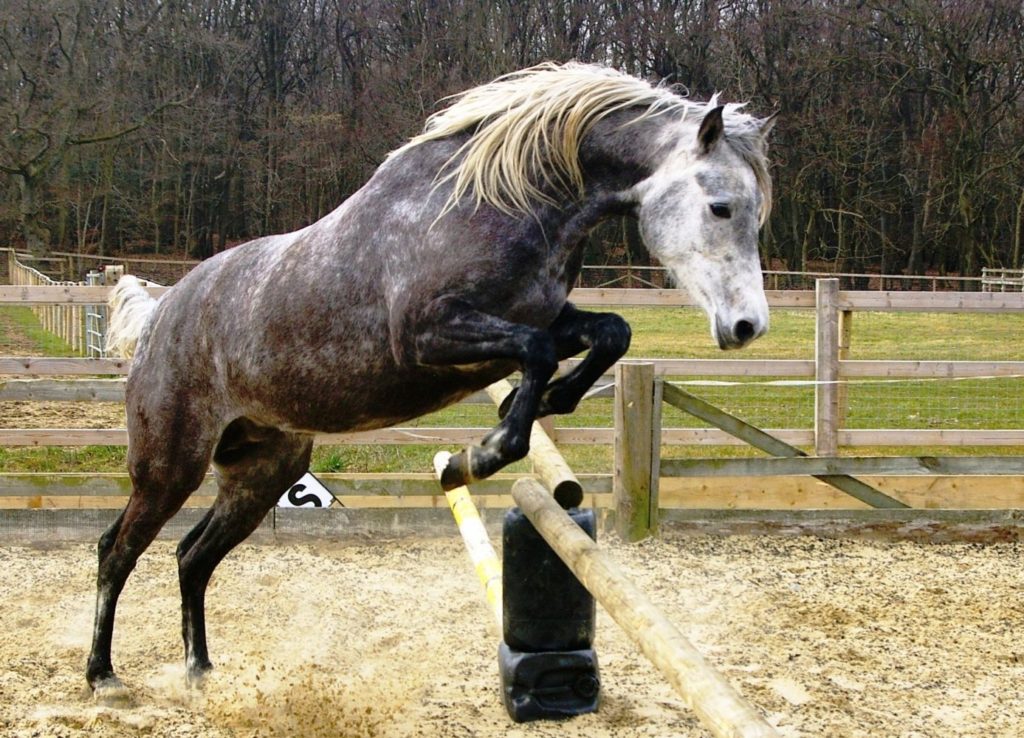 The Andalusian is a breed of horse that originated in Spain. It has been used to develop many other breeds, especially those from Europe and the Americas. Breeds with Andalusian ancestry include many warmbloods from Europe as well as western hemisphere breeds such as the Azteca. Over its centuries of development, the Andalusian breed has been selected for athleticism and stamina time as it was developed.

There were restrictions on exporting Andalusians from Spain until the 1960s, but today there are more than 185,000 registered horses worldwide. The breed was used as a tool of diplomacy by the Spanish government and kings across Europe rode and owned them.

The Andalusian horse is a wonderful breed. They are very calm and tend to be somewhat more docile than other breeds. Andalusians are also intelligent and sensitive, making them quick learners who respond well to training. When treated with respect, they are easy to work with and cooperative.

Andalusians are elegant and strong-bodied. The breed has a broad, flat forehead, with the muzzle only slightly shorter than the length of the forehead. The ears are small and finely shaped and set on at eye level. The neck is long and well arched, running into well-defined withers and a massive chest. They have thick and long tails. 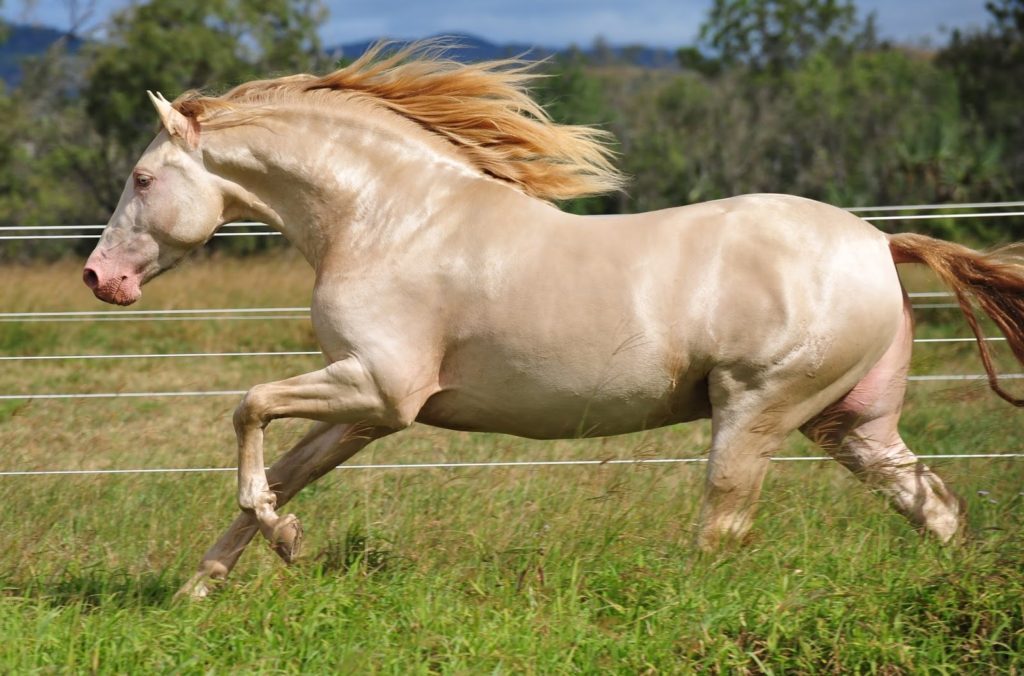 Most Anda horses are gray or bay. Today, around 80% of all Anda are gray, 15% bay, and 5% black, dun, or palomino. Other colors such as buckskin, pearl, and cremello are rare but recognized by registries for the breed.

The Anda is preferred in dressage because of its natural, elevated movement. The breed’s compact body and great flexion in the legs make for an animated, forward-moving mount. Because of their intelligence, they often learn difficult moves easily and quickly.

The Andalusian horse will benefit from an adequate diet, consisting mainly of hay. A horse may need supplementation with grain or feed balancer if they are overworked or underfed. 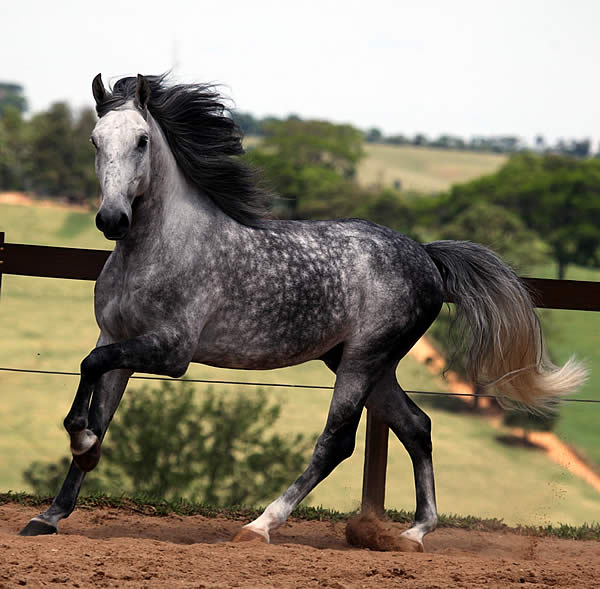 The Andalusian horse has been bred for athleticism throughout the centuries. Today, they are also used for show jumping, western pleasure, and other horse show events.

Regular grooming and maintenance are necessary to keep horses’ manes and tails healthy. Anda are prone to certain health issues including small intestine problems, metabolic conditions, and laminitis. The average life span of Andalusians is 24-26 years.