The freshwater angelfish belongs to the Cichlidae family, which includes all species of freshwater cichlids. These fish are one of the many unique species that come from brazil’s amazon river. They are found in the river basin and its tributaries in Peru, Colombia, and Guiana. The freshwater angelfish is a popular freshwater because it’s less aggressive compare to others, is easy to care for, and looks attractive.

In the freshwater angelfish, there is a red stripe that runs from their shoulder to the tail. They are aggressive eaters and will go to the top of the tank when they see you approach. Because of their feeding habits, make sure that your less aggressive fish are getting their share around feeding time. 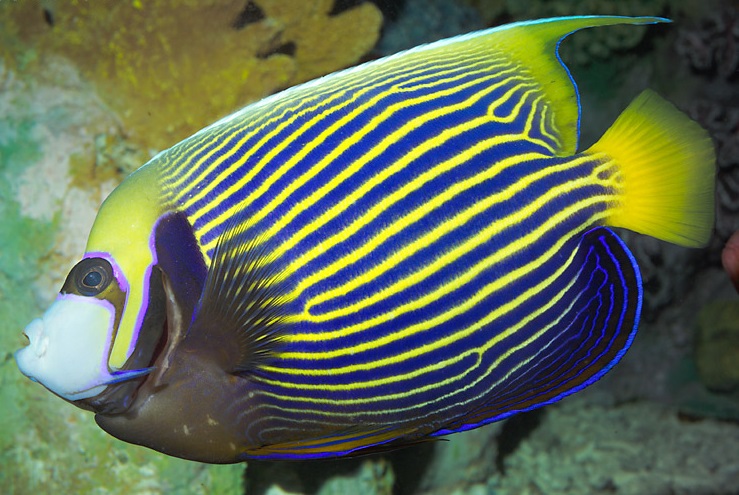 The fish is native to the Amazon River, found in slow-moving streams, swamps, and floodplains along the Amazon River basin. It thrives in warm water with temperatures between 75-82°F. Their water is often acidic, with little to no salinity. They live in swampy conditions, while a fine sandy substrate and lots of aquatic vegetation and moss plant for hiding.

Angelfish are sensitive to their environment and can become very territorial when it comes to breeding. They will form pairs when they breed and chase away other fish that try to enter their territory.

Angelfish can be quite aggressive. They will form small hierarchies and fight to defend their positions. They fight by locking lips together; they are actually fighting when you find them in this position. They will form small schools but are not particularly social with the others in their school. They are quite territorial and are more likely to fight than cooperate. Because of this, they can be housed with other fish.

Angelfish are known for their trailing dorsal and pectoral fins along with their wide fan-shaped caudal fin. Freshwater Angelfish are silver with 4 large, black bands. Juveniles have 7 bands but as they mature their bands reduce to 4.

The freshwater angelfish is available in several different variations. There are blue, gold, silver, black, platinum, koi, and many other varieties of these fish. A mature freshwater angelfish will require at least 20 gallons of space to thrive. These fish are semi-aggressive and will fight for their territory when ready to reproduce. 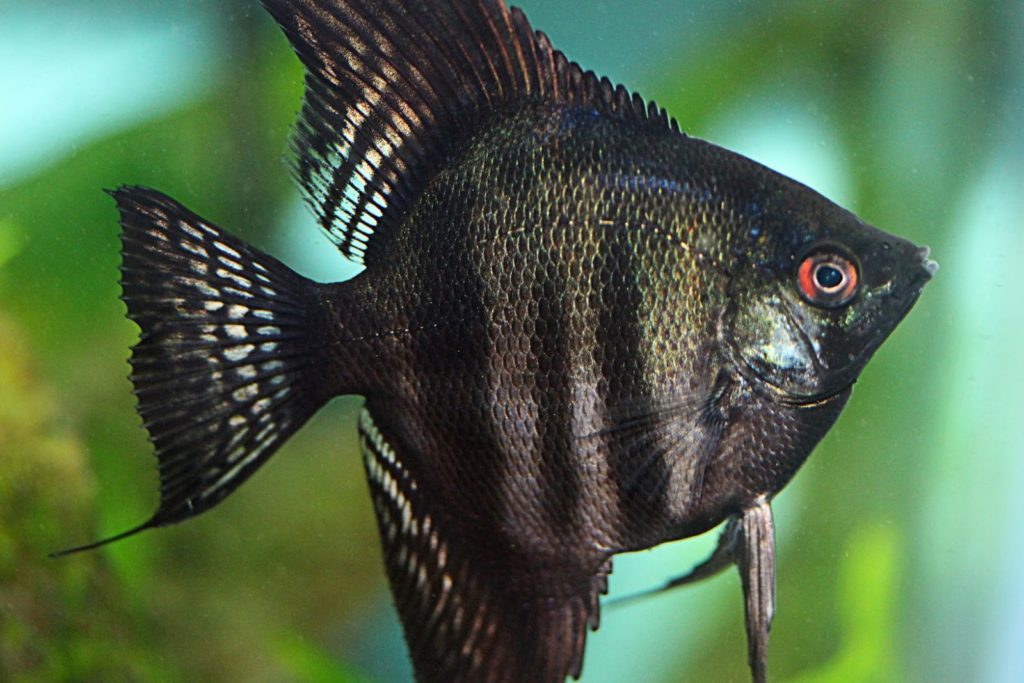 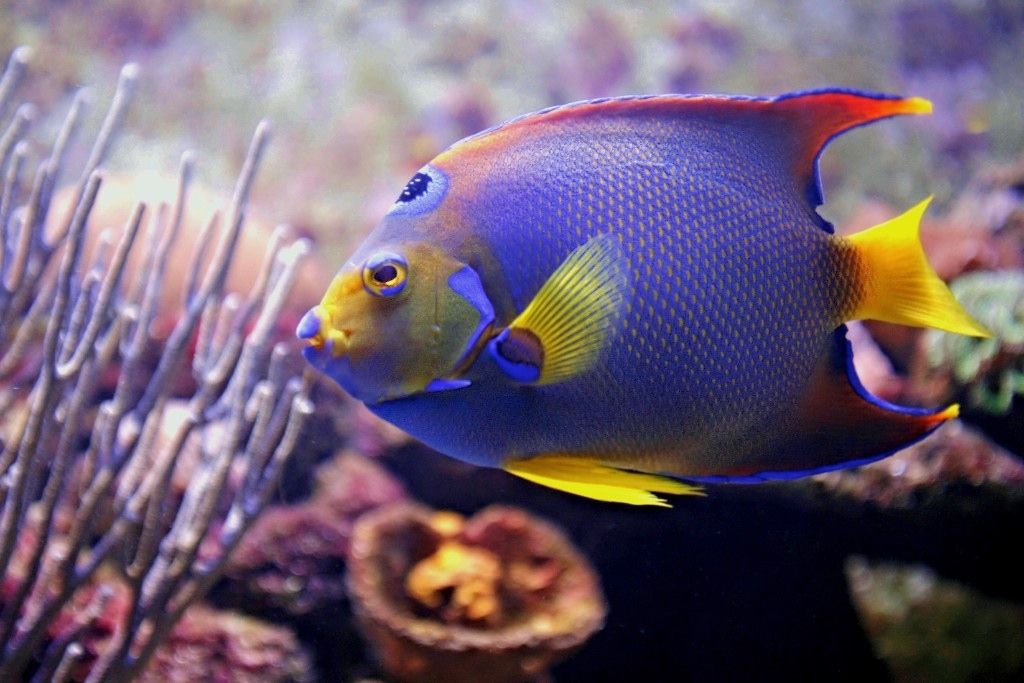 Anglerfish can breed in 78-80F water, but cooler waterworks as well. The fry develops slower, but it is easier to raise the fry in cooler temperatures. They are substrate spawners and will lay eggs on a vertical or diagonal surface. Once the eggs are placed by the parents, remove them to prevent them from eating the eggs. 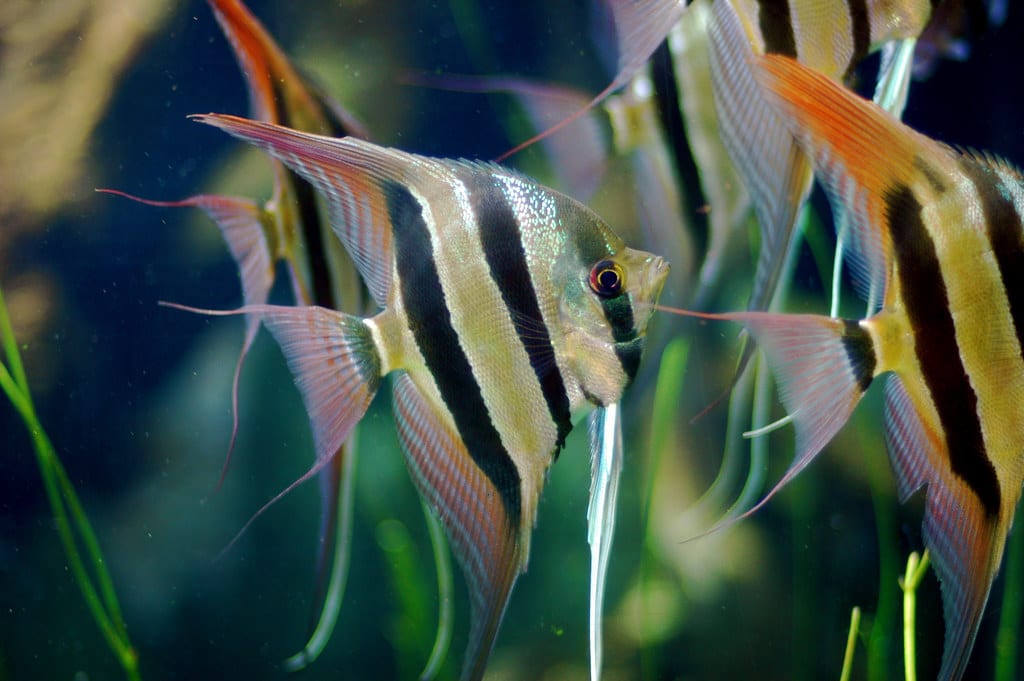 The spawning process begins when the female cichlid approaches the spawning surface and releases her eggs, which are fertilized by the male. The female spends a lot of time near the surface; it is thought that she is preparing to lay her eggs. She will release anywhere from 200 and 400 eggs per spawn, and they will be fertilized by the male outside of their body and do not take part in caring for the eggs. They can live up to 10 years of age.