The Bedouin tribes have traced their common history with these horses back to 3000 B.C., keeping meticulous records of their ancestry, which is also a result of the harsh desert climate and terrain from which it evolved. 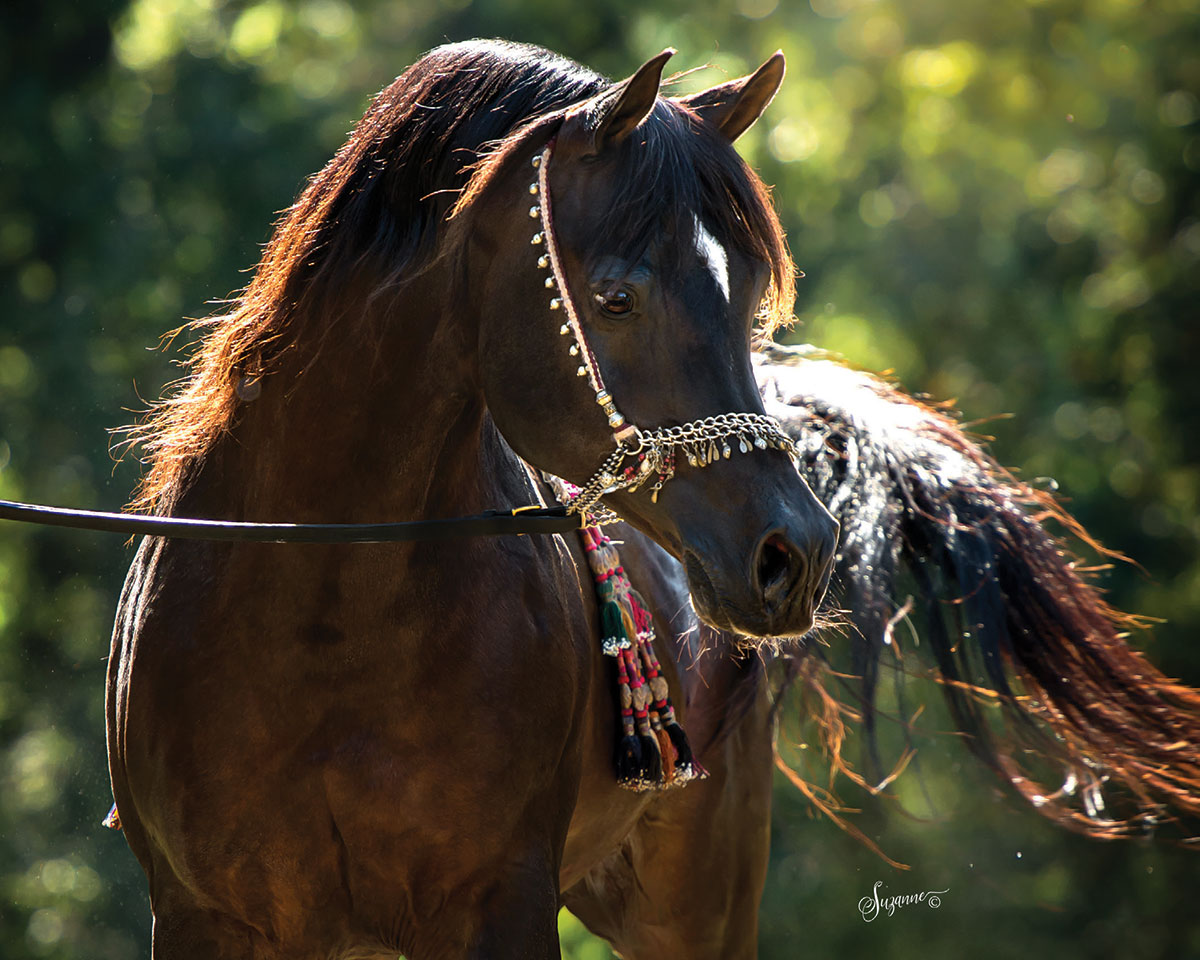 The Arabian was developed in the desert areas of Arabia. The Arabian had to be able to withstand a harsh environment and still remain strong and healthy. These horses were used for raiding and war, so they required high spirit and alertness. This combination made it necessary for modern Arabian horse owners to handle their horses with competence and respect. The Arabian is versatile, dominating the discipline of endurance during uses.

Arabian horses have been spread around the world throughout history by war and trade. Arabian bloodlines are found in almost every modern breed of riding horse.

Arabian horses spread throughout Europe and beyond in the late 17th to early 20th centuries due to both war and trade. They arrived in the United States by way of the 1700s. The Arabian Horse Registry of America was founded in 1908. Today, they are found worldwide, including the United States and Canada, the United Kingdom, Australia, continental Europe, South America, and throughout the Middle East.

Arabian Horse Breed are the result of thousands of years of careful breeding. They have been bred for endurance and beauty rather than speed. Arabians are known for their long, arched necks, large eyes, small ears, high-set tails, and short backs.

The Arab horses have refined, wedge-shaped heads, broad foreheads, large eyes and nostrils, and small muzzles. Many display a distinctive concave profile. Also, they often have a slight bulge between the eyes, as well as arched necks and well-set windpipes. 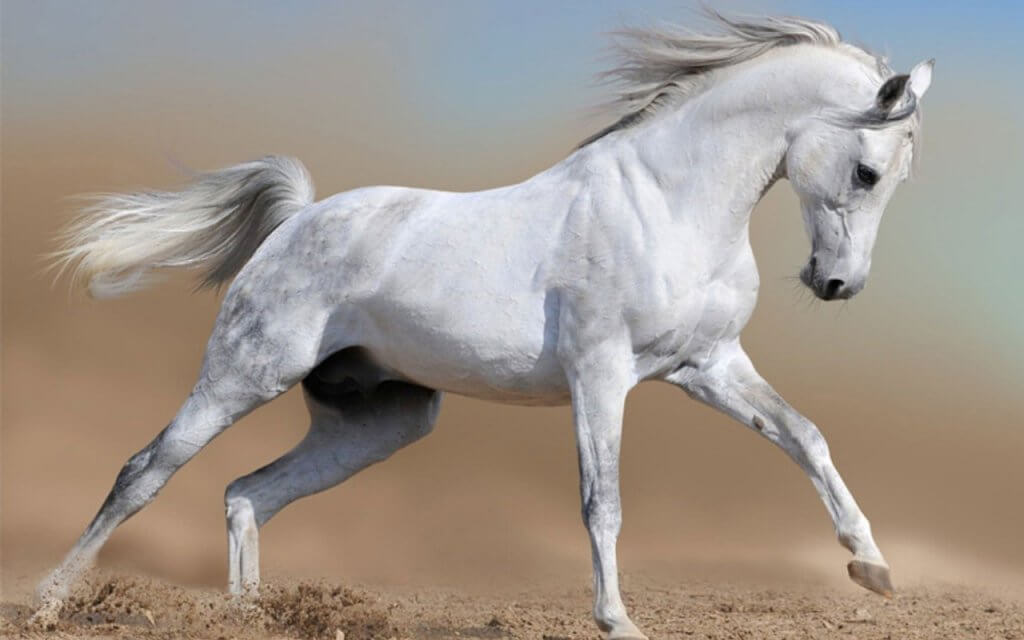 The Arabian horse has a long, level croup, or top of the hindquarters, and naturally high tail carriage. Well-bred Arabians have a deep, well-angled hip and well laid-back shoulder. There are variations of the Arabian horse. Some individuals have wider, more powerfully muscled hindquarters suitable for different types of functions.

Arabian horses have compact bodies with short backs. They are short-legged compared to other breeds, and their bone is dense and strong. Arabian horses have good hoof walls, which are known for their endurance. They are between 14.2 to 15 hands tall, and Arabians are of fine to medium bones and weigh from 800 to 1,000 pounds. Selective breeding has produced more robust Arabian horses, but all look the same in appearance.

The Arabian Horse has been registered as purebred horses with the coat colors bay, gray, chestnut, black, and roan. Bay, gray, and chestnut are the most common; black is less common. The classic roan gene does not appear to exist in Arabians. All Arabians, no matter their coat color, have black skin, except under white markings.

Arabians are naturally strong and fast. Their sensitivity and intelligence enable them to quickly learn from their surroundings, but they also learn bad habits just as quickly as good ones if not corrected by their owners. They have a natural tendency to cooperate with the owner and become a quick learner.

These Breed of Horses require a balanced and healthy diet. Like most other breeds of horses, they eat fresh grass and hay, grains, fruits, and veggies. As their ancestors came from the deserts where food was scarce, Arabian horses may actually need a little less feed than other breeds of their size to maintain a healthy weight. 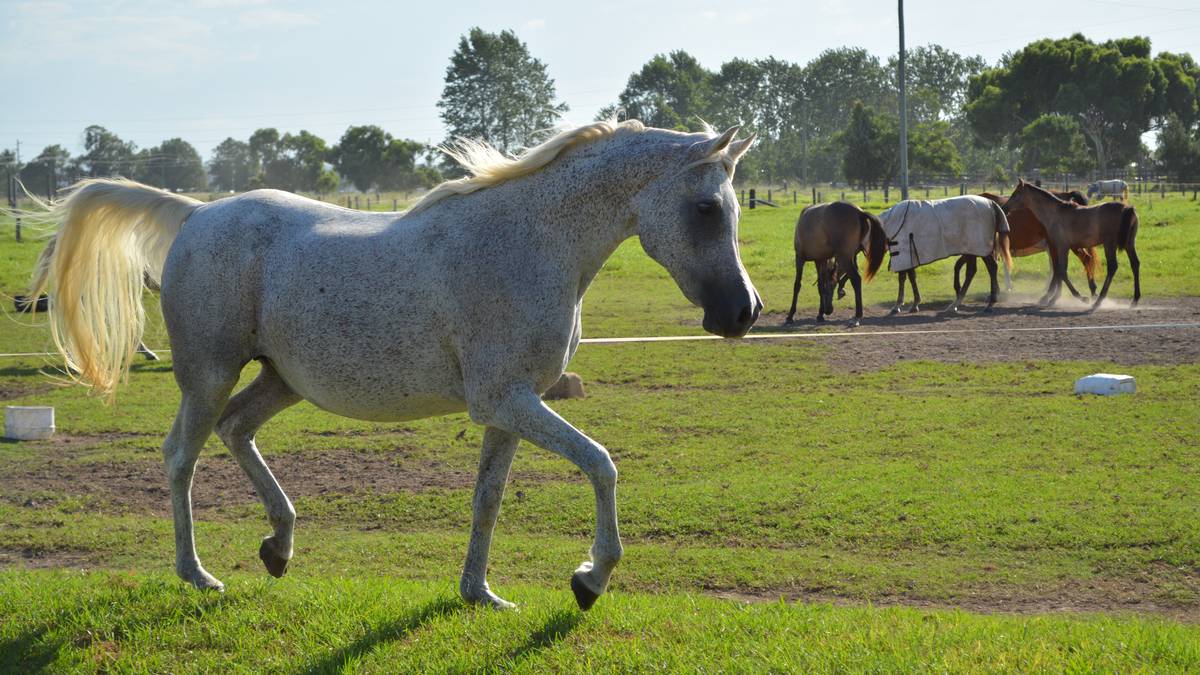