The Ardennes Horse Breed, often known as the Ardennes, is an ancient draft horse breed that originated in the Ardennes region of Belgium, Luxembourg, and France. Their origins may be traced all the way back to Ancient Rome. The Ardennes horse is thought to be a direct descendant of the prehistoric Solutré horse and is said to be descended from the type of horse described by Julius Caesar. Blood from several other breeds has been added to the Ardennes over the years, but only the Belgian breed has had a massive effect.

The breed was only around 56 inches during the Roman era. Napoleon later added Arabian blood to his horses to improve endurance and stamina and employed the breed in his Russian war.  In 1780, the breed weighed roughly 500 kilos and stood 1.42 to 1.52 meters.

These Belgian horses were described by Caesar as rustic, hard, and tireless, and he recommended them for heavy cavalry regiments. Many later Roman emperors employed the early kind for military purposes. It is one of the earliest recorded European heavy draft breeds, with ancestors said to have been raised for 2,000 years in the Ardennes plains. 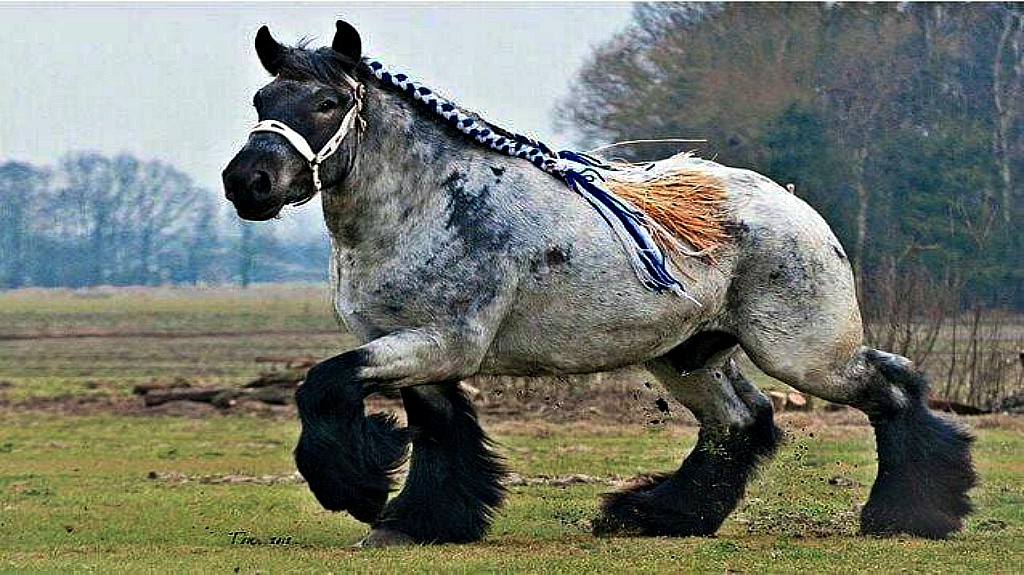 Blood from Percheron, Boulonnais, and Thoroughbreds was also introduced, albeit it had little effect. Belgian draft blood was introduced in the 19th century to give the breed its current shape.

The first Ardennes were brought to America in the early twentieth century. Ardennes horses were once eligible for registration with the now-defunct National French Draft Horse Association of America or the French Draft Horse Society when they were imported to the United States. In the late twentieth century, the Ardennes Horse Society of Great Britain was founded to conserve and promote Ardennes horses in the United Kingdom.

In the 11th century, knights headed by Godfrey of Bouillon utilized horses from the Ardennes region as war horses in the Crusades. Marshal Turenne employed them as remounts for his cavalry in the 17th century. Because of their temperament, stamina, and power, they were considered the greatest artillery horse available during the French Revolution.

Stallions in the Ardennes are around 1.62 meters tall, while mares are about 1.60 meters. They range in weight from 700 to 1,000 kilos. Their heads are large, with a broad face and a profile that is either straight or somewhat convex. With a compact body, short back, and short, powerful legs with strong joints, their conformation is wide and muscular. Their fetlocks are adorned with feathers. 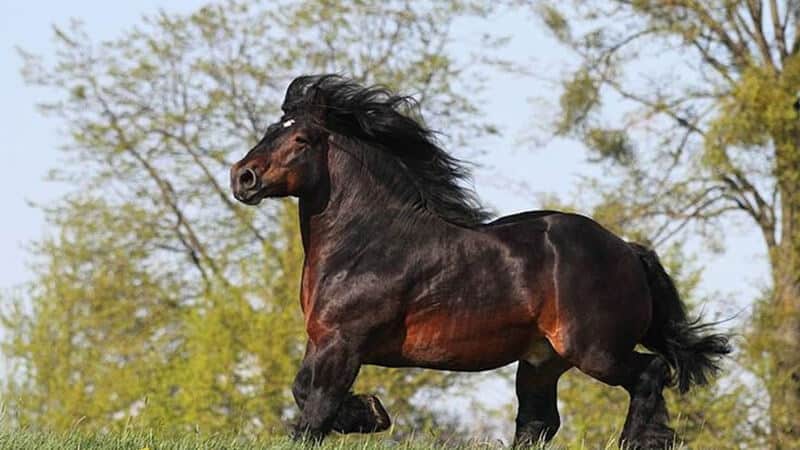 Their coats come in a variety of colors, including bay, roan, chestnut, gray, and palomino. The most prevalent hues are bay and roan. Because black is so uncommon, it is not eligible for registration. White marks are generally limited to a single star or blaze. The breed develops quickly, and despite their size, they are reputed to be simple to care for and feed. Despite their small body form, the Ardennes is a free-moving, long-striding breed.

They were claimed to be Napoleon’s only breed that could weather the winter retreat from Moscow, which they accomplished while pulling a considerable portion of the army’s wagon train.

Nowadays, it is mostly utilized for heavy draft and agricultural labor, meat processing, and competitive driving competitions. They have also influenced or created a number of other horse breeds throughout Europe and Asia. They have large legs and are heavy-boned, making them ideal for draft labor. 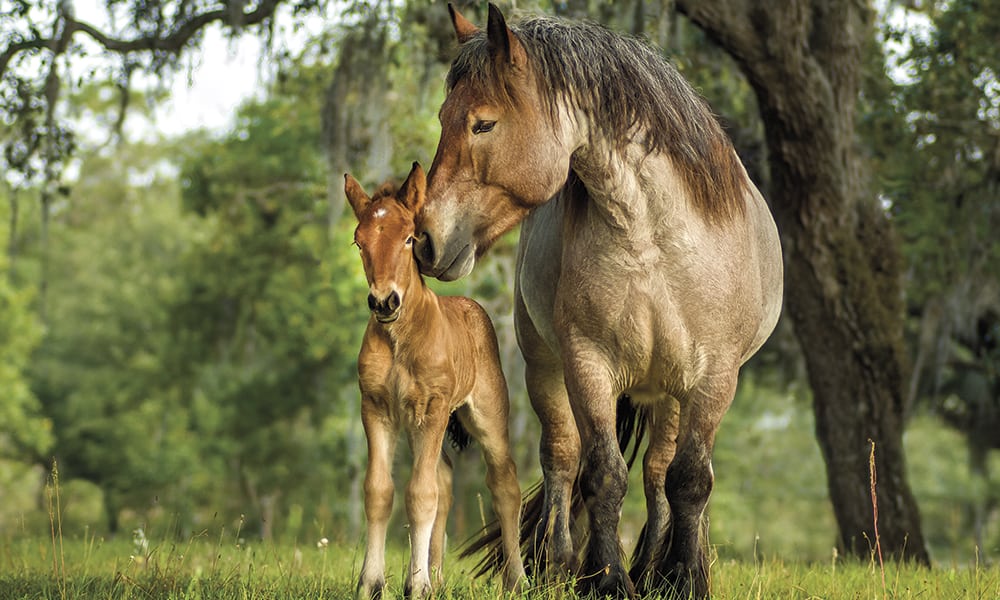 The Ardennes will benefit from regular, careful grooming. Oiling can assist to bring out the shine in the coat. Because of their hardiness, they may live on lower-quality fodder. They may live for an average of 30 years.