Arowanas, also known as bony tongues, are freshwater fish that belong to the family Osteoglossidae. They can be found in freshwater streams and rivers of Australia, Africa, Asia, and South America. The Arowana is the only species of fish that is native to both Asia and Australia. There are 10 common types of Arowana kept as pets; four from Asia, three from South America, two from Australia, and one from Africa.

Arowanas are a type of fish that are native to the Amazon Basin, tropical and subtropical regions. There are a number of different species of this fish, all with their own unique differences. and have been popular among aquarium enthusiasts for over three decades. Arowana species, like other types of fish, vary in appearance. Some species come in brilliant arrays of color, from bright red to dazzling silver. 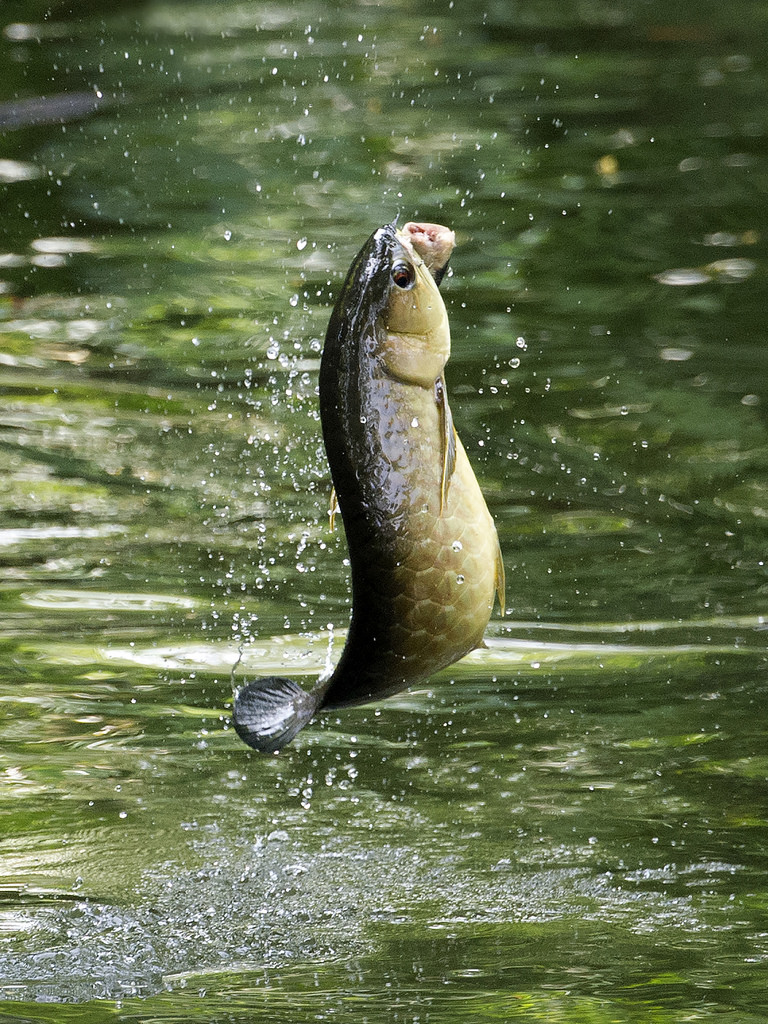 Different species of Arowanas can be found in different regions of the world. In South America, there are two species, silver, and black Arowana. A number of species are located in Asia; including the endangered Asian Arowana. Two species live in Australia, while a single species lives in India.

Bonytongues derive their name from the fact that they have a toothed bone on the floor of their mouth. Their teeth bite against teeth located on the roof of their mouth, which is called the roof of the bony tongue’s mouth. The Arowana is capable of breathing air and can absorb oxygen through its swim bladder, which has capillaries.

Arowanas are known for being difficult pets to maintain. They are expensive, require lots of space, need to be fed a special diet, and have a tendency to be aggressive.

Osteoglossids are carnivorous surface feeders. They have excellent jumping abilities, making them great at catching insects and birds. Osteoglossum species have been seen leaping more than 6 ft from the water surface to pick off insects or birds overhanging branches.

Arowanas are large fish with elongated bodies. Their mouths face upwards, so they can catch food from the surface of the water. These fish are usually silver or blue in color and have a long, eel-like body. They come in a variety of colors, including red.

Arowana is also characterized by two, darkly colored, barbells that extend from its bottom lips. These barbells can be delicate and easily damaged. The species typically grow to around 2 to 3 ft.

Arowana species usually live in freshwater environments; they are common in rivers, lakes, ponds, river basins. They can survive in environments with less oxygen than many other fish species, which helps them avoid competition. In low-oxygen habitats, preys tend to be more sluggish and easier to catch. 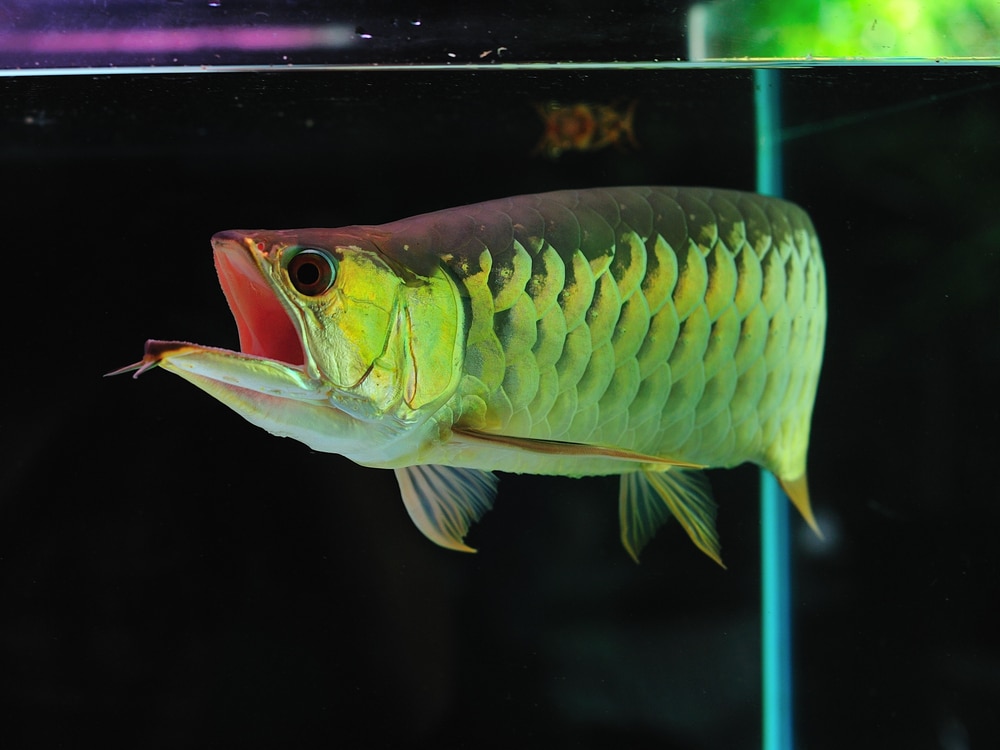 Arowanas display parental care, which is unusual among fish. They build nests and protect their young after they hatch. They are mouthbrooders, holding sometimes hundreds of eggs in their mouths. The young may make several tentative trips outside the parent’s mouth to investigate the surroundings before leaving. Unlike most fishes that start reproducing at around six months of age, the Arowana usually takes three to four years to reach sexual maturity. 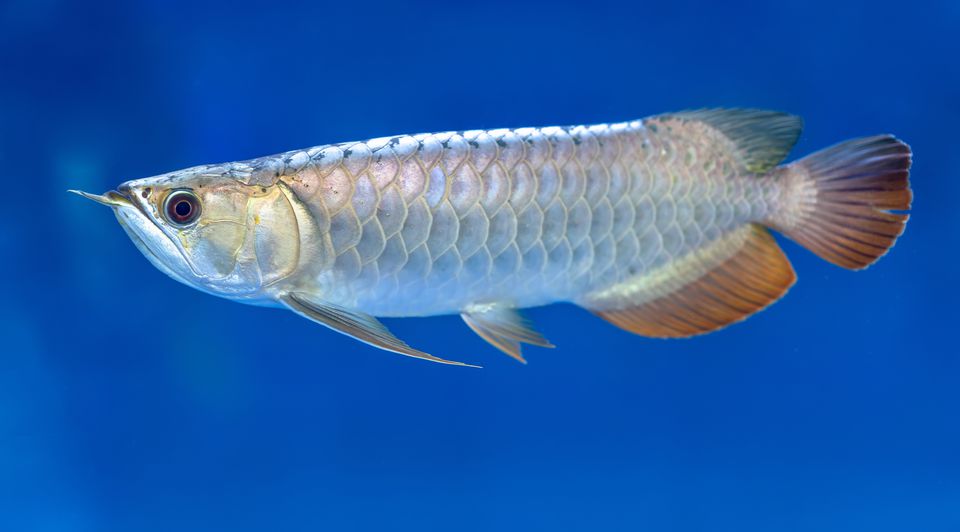