The Asian Carp Fish Breed refers to a group of heavy-bodied cyprinid fishes that are found in the United States. Cyprinids from the Indian subcontinent, such as catla (Catla catla) and mrigal (Cirrhinus cirrhosus), are not classified and are collectively referred to as “Indian carp.” In the United States, Asian carp are classified as an invasive species.

To help clean their commercial ponds, fish growers in predominantly southern areas began importing Asian carp from China in the 1970s. Bighead and silver carp populations have exploded where they’ve established themselves in the Mississippi River basin.

Humans are also responsible for the spread of invasive carp. Young carp have been introduced to other bodies of water thanks to the release of live bait carrying these fish. Invasive carp may be able to get through Mississippi River locks carried by barges and recreational watercraft. 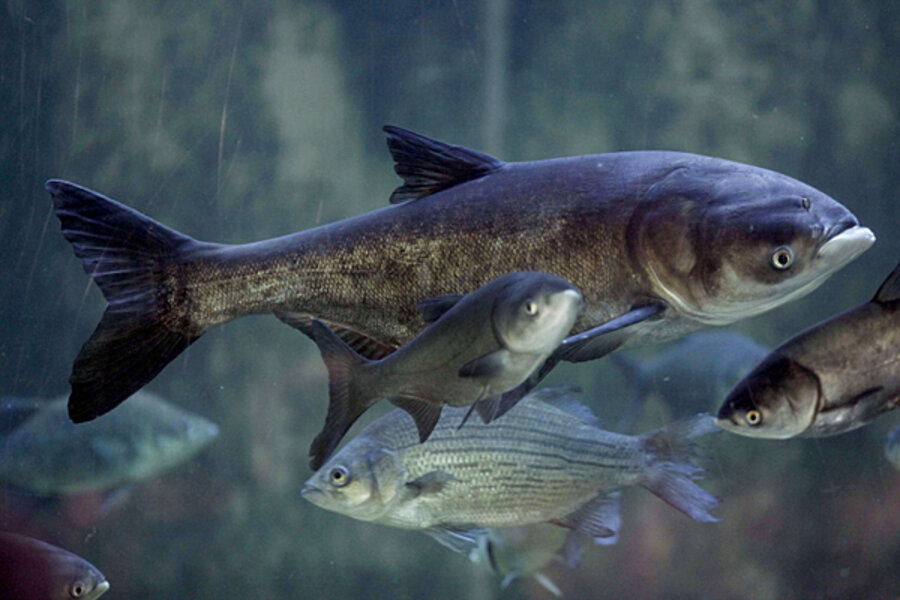 Carp are a type of fish that can be found in Europe and Asia. The common carp (Cyprinus carpio) has been found in the United States for more than a century. Bighead carp, black carp, grass carp, and silver carp are together known as “Asian carp, the newest carp invaders, are inflicting their own brand of havoc in the Mississippi River and its surrounding rivers and lakes.

These four fish species were imported to the United States in the 1970s to limit the growth of algae, weed, and parasite growth in aquaculture, weeds in canal systems, and as a sewage treatment method.

Carp are also known to degrade water quality, causing sensitive creatures such as native freshwater mussels to perish. Carp from Asia have been known to take over entire streams, essentially displacing native species. Because Asian carp out-compete other fish for food and space in the lakes and rivers they infest, they cause considerable damage to native fish populations.

Mississippi River basins are known to contain well-established Bighead, silver, and grass carp, where they can reach extremely high populations, particularly for bighead and silver carp. From Louisiana to South Dakota, Minnesota, and Ohio, bighead, silver, and grass carp have been caught in that watershed. Grass carp have been found in at least one additional watershed in Texas, and they could be found further. 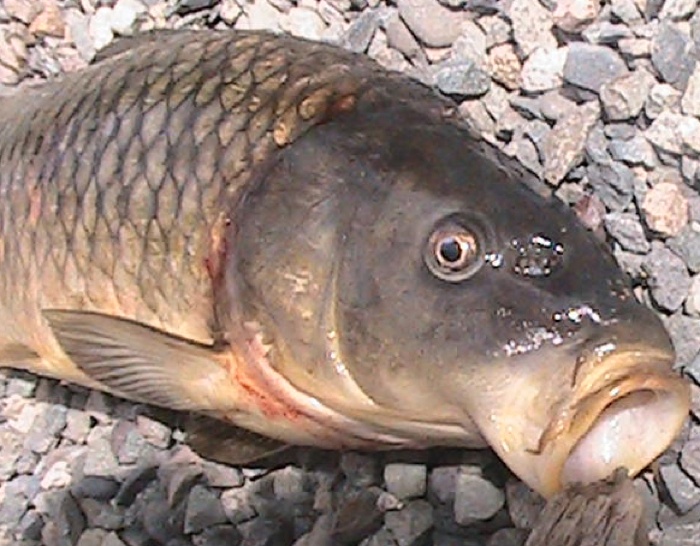 Boats often frighten silver carp, causing them to leap up to 2.5–3.0 meters (8–10 feet) into the air, and encounters with the fish have resulted in countless boaters being badly hurt.  “Reported injuries include cuts from fins, black eyes, broken bones, back injuries, and concussions,” according to the Environmental Protection Agency. This behavior has been attributed to the closely related bighead carp; however, these fish do not generally jump when startled. 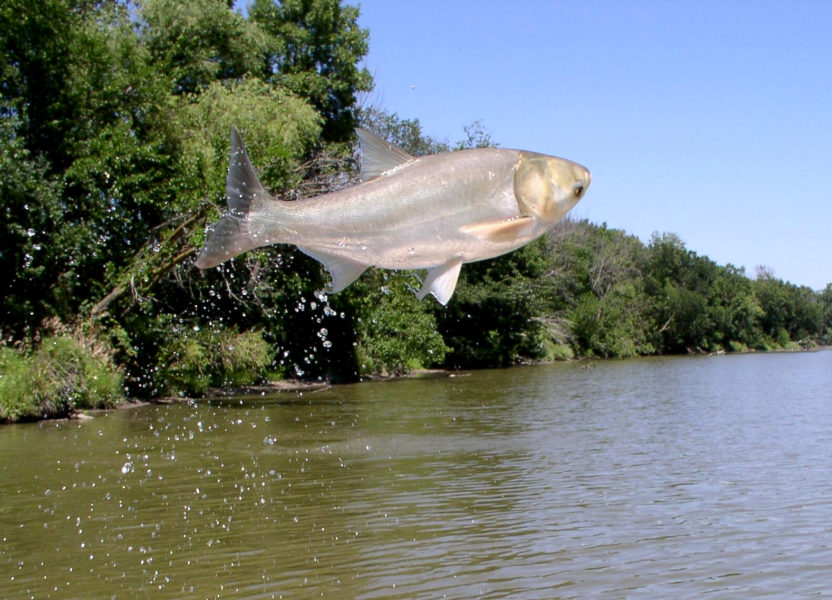 Carp are voracious feeders and can grow to be extremely enormous. Exceptional people can weigh up to 110 pounds, but the majority of them are much lighter. When introduced to new settings, several Asian carp species can cause harm. Native mussels and snails, some of which are already endangered, are eaten by black carp. By modifying the populations of plants, insects, and fish, grass carp can change the food webs of a new environment. Silver carp eat the plankton that larval fish and mussels need to survive.

Adult carp stay in slow-moving water, but when it comes to laying eggs, they prefer high, fast-moving water during spawning. They lay hundreds of thousands of eggs at a time, allowing populations to quickly expand and spread. As a result, they can quickly outcompete native species, putting ecosystems at risk.