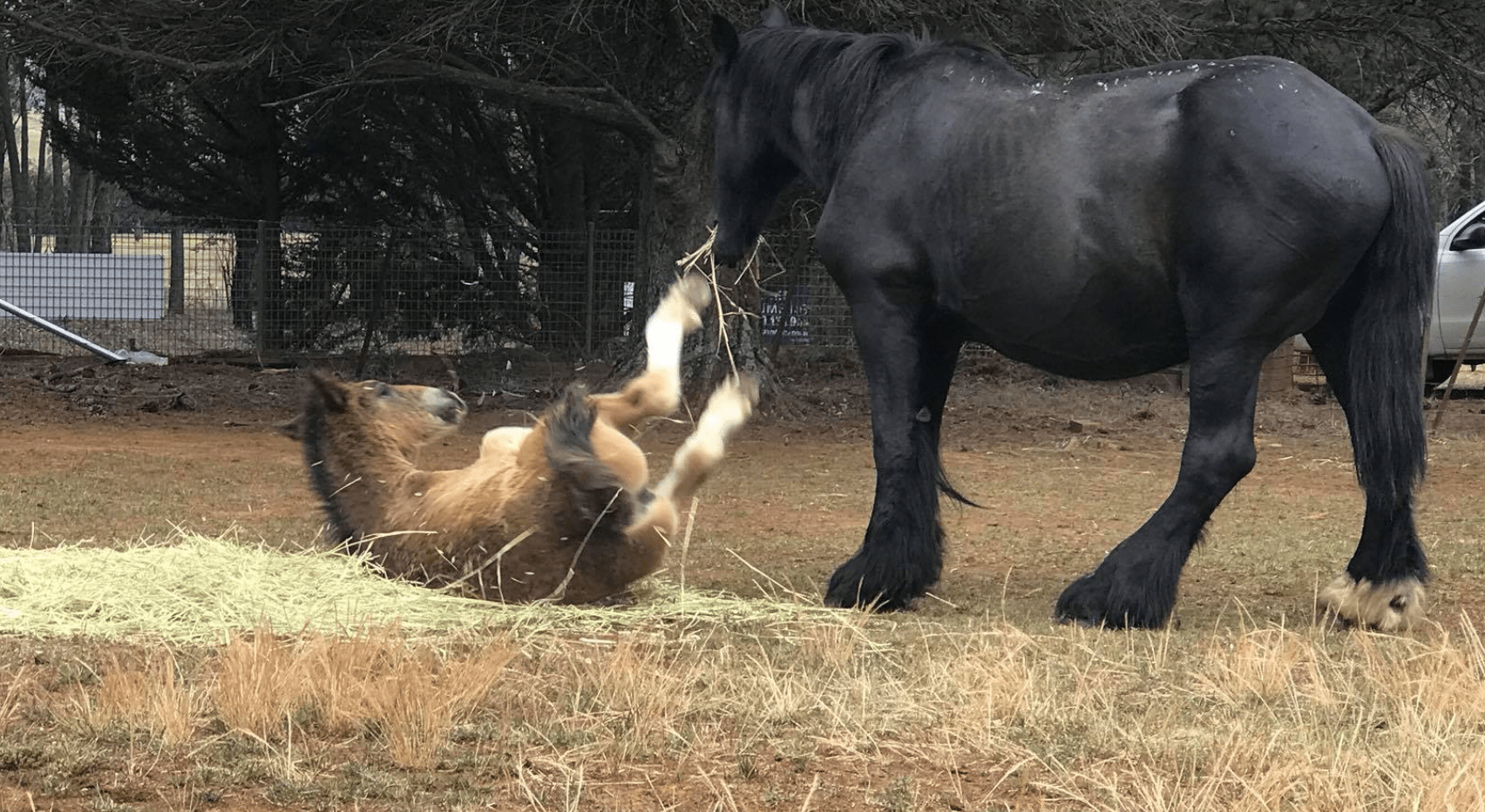 The origins of the Australian Draught Horse can be traced back to the 1854 importation of stallions and mares from several English and Flemish carriage strains. With the help of the Van Diemen’s Land Company, Van Diemen’s Land was at the forefront of cart and farm horse breeding. Shire horses were also imported by this enterprise in the late 1830s and were later imported to Western Australia and South Australia.

We can trace them back to the first European colonizers who landed on the island continent, as we can with most things in Australia. Clydesdale horses, Percheron, Shire, and Suffolk Punch were among the pure draught horse breeds imported by the immigrants, but it is from these four types that we obtain the Australian draught horse.

It was not a simple effort to settle the Australian continent, especially when it came to transporting agricultural supplies and gold extracted from the ground. To help alleviate their weight, the Australian immigrants began to breed heavier horses to draw their carts and assist with farm chores. Throughout time, the diverse breeds around Australia began to meld into a distinct, particularly Australian form of heavy horse. 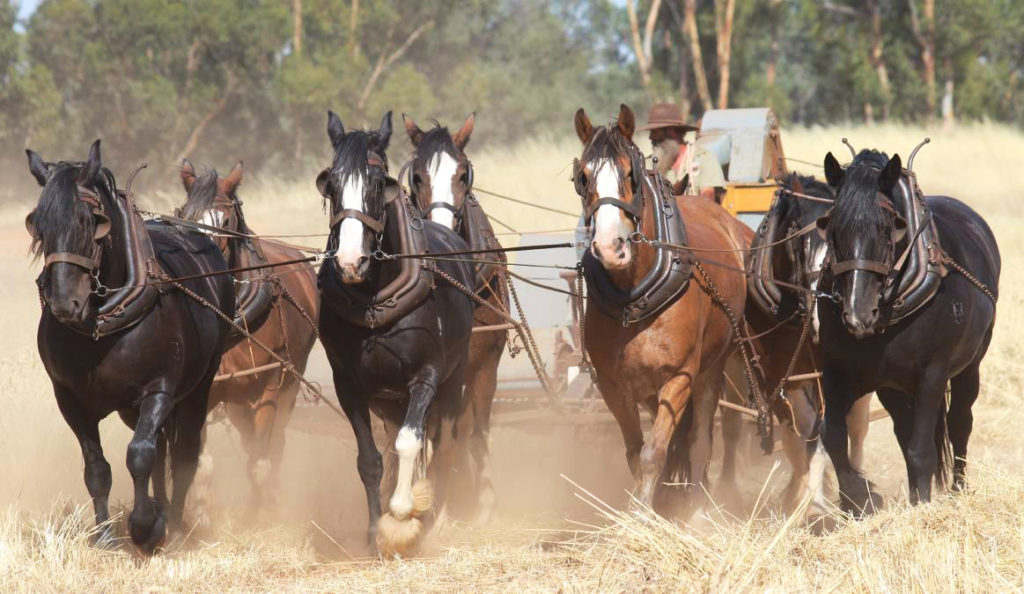 In 1885, the Weinholt Brothers established a notable draught horse stud in Maryvale, Queensland. Although Shire horses were chosen in other states, Clydesdale was more popular in Victoria. In northern NSW and on black-soil terrain, Suffolk Punch horses were preferred.

The stallions have a strong and hardy physique with an average head size but a broader forehead; they have clear eyes that look very alert; the neck is of medium length; the shoulders are well muscled and blend evenly into the withers, chest, and back; the chest, hips, and hindquarters are wide; the legs have light to medium feathering, and the stallions have well-developed crests. The Australian draught can grow to be 16-17.2 hands tall, with a weight range of 1320-1980 pounds. 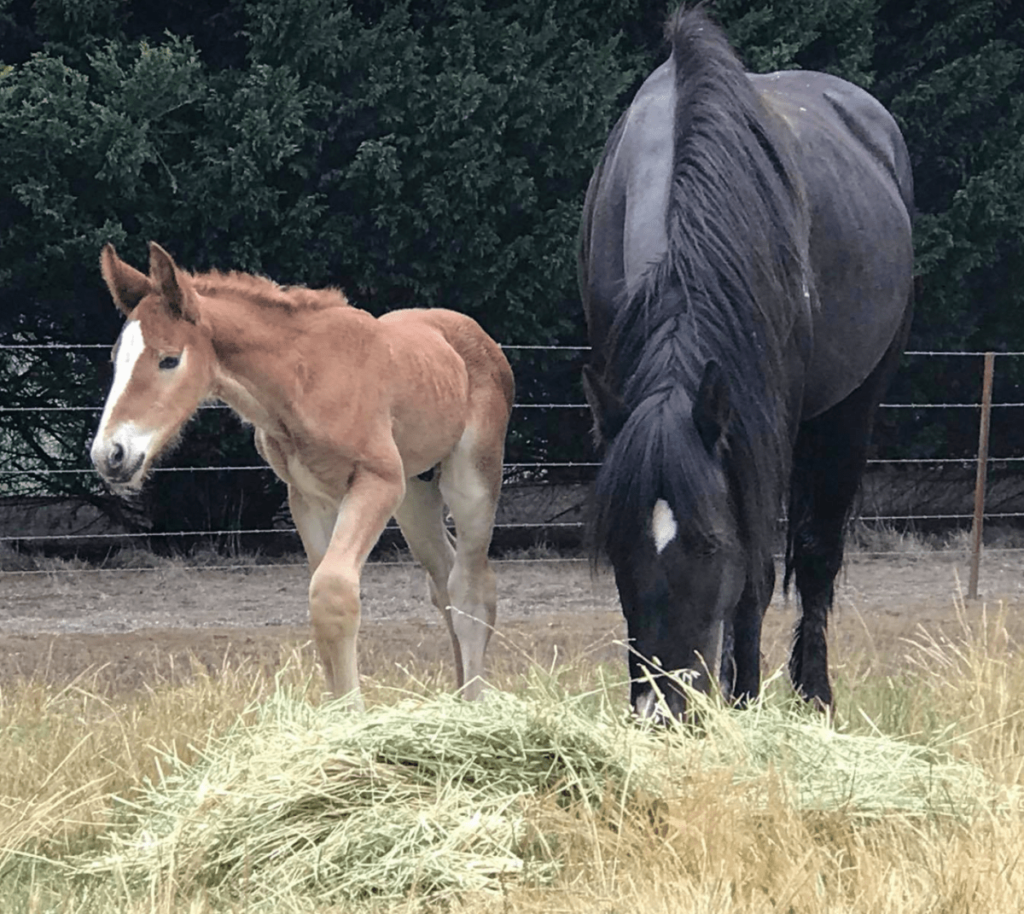 The Australian Draught, which has developed different colors and types within the breed, has the features of these breeds. All solid colors are permitted; however, excessive white on the face or torso is not preferred; nonetheless, white below the knee are acceptable. The behaviour can be vivacious, pleasant, even-tempered, and vigilant in temperament.

The Australian draught horse thrives on a diet of hay and grain, supplemented with vitamins and minerals to make up for any nutritional gaps. Draught horses that perform at a spontaneous trot use less food than hitch horses, who require more energy to finish their tasks. 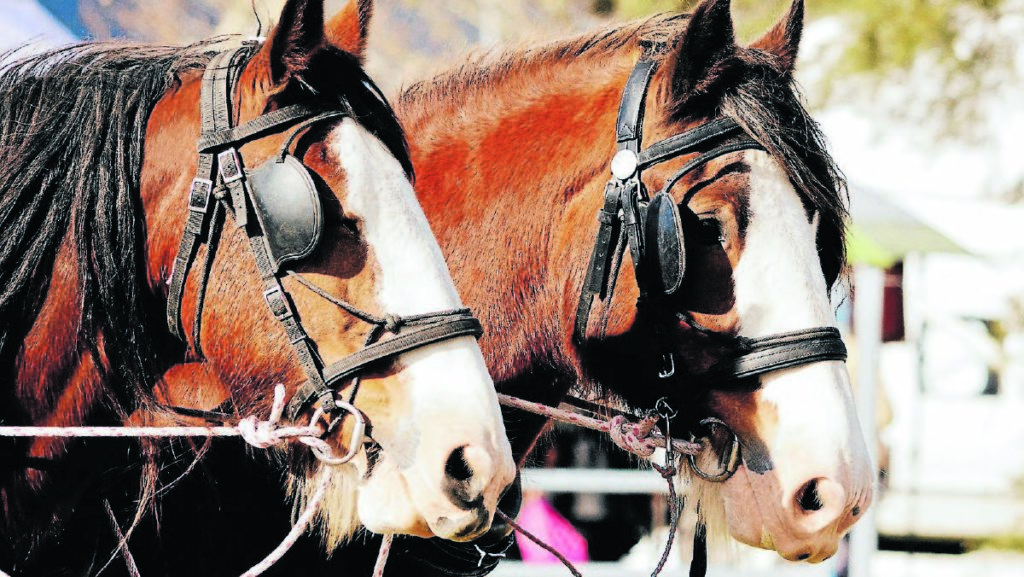 Initially envisioned for draught labour, the Australian draught horse has evolved into hitch horses, riding horses, and even show horses. Their strong construction makes them capable beasts of burden, and you may still see them in historic downtown neighborhoods pulling trolleys full of visitors. The Australian draft horse, on the other hand, is now mostly seen at horse shows and in draft horse contests. These competitions serve as a reminder of the monsters’ abilities.