The Australian grayling are also known as Prototroctes maraena is a freshwater fish that can be found in coastal rivers in mainland Australia and Tasmania. It was previously known as the cucumber herring because of its cucumber-like odor. Large, unexplained fish deaths caused substantial initial losses in Australian grayling in 1868–70.

The introduction of this exotic virus into Australian freshwater ecosystems is most likely due to the importation, rearing, and stocking of exotic salmonid species. Saville-Kent then went on to discuss the supposed epidemic that had wiped out the Australian grayling Prototroctes maraena 17–18 years before. “Thousands of grayling have been seen drifting down rivers, covered more or less extensively with a cottony fungoid growth,” according to the report.

A number of factors pose a risk to grayling in Australia. Dams and weirs obstruct migration, as well as floods and base flows, which are critical for habitat preservation and the passage of grayling larvae and juveniles to and from the sea. Due to siltation and other impacts, irresponsible forestry and farming activities degrade and divide river ecosystems. Graylings are threatened by predation and competition from exotic trout species.

In early 2021, two Australian graylings were spotted in the Glenelg River in south-western Victoria, the first sighting since 1899. Scientists believe that some of the environmental damage caused by agriculture is being reversed and that the condition of the river and estuary has recovered sufficiently for the fish to thrive. 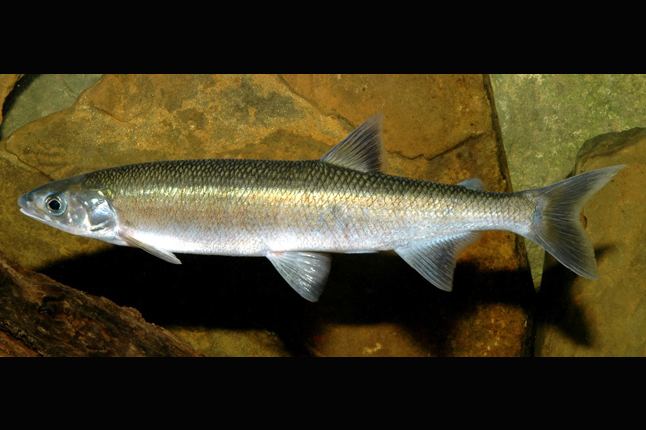 Because the population once abundant in the Yarra River (and fished by anglers) appeared to have declined, the Australian grayling was thought to be extinct in Victoria prior to 1970. The Fisheries and Wildlife Department began wide-ranging fish surveys in the early 1970s, finding large numbers of grayling first in Gippsland’s Combienbar River, then in almost all coastal waters west of the Hopkins River.

In the Mitchell, Tambo, and Barwon Rivers, there were very large populations. Study shows that they still occurred in the lower Yarra River and should now recolonize upstream since a fishway has been constructed at Dight’s Falls. They can be found in rivers and streams with a cool, clear, moderate flow, with a gravel substrate and alternating pools and riffles.

The Australian grayling is a slim, streamlined fish with a small just head and a long, thin body. On the sides, the coloration is usually silver, and on the back, it’s a dusky olive with a gold sheen. Rare individuals have been observed up to 5 years old and more with 33 centimeters in length. Australian graylings typically live for 2–3 years and reach around 21 centimeters in length.

With a small head and a slender body, the eyes are usually brilliant yellow, and the snout is rounded. The lower jaw is narrower than the upper. The adipose fin is a type of adipose The lips reach down to the level of the eye. There are no scales on the skull, and there is no lateral line. The upper body is brownish to olive or grey, lighter on the sides, while the belly is normally white or yellowish. Freshly caught fish emits a distinctive cucumber odor.

During late April and early May, spawning takes place in the freshwater mid-reaches of streams. The eggs are dispersed across the substrate, and freshly hatched larvae are thought to be swept downstream to brackish water, where they will stay for around 6 months. Newly hatched fish are known to be sensitive to light and prefer shaded environments. In November, juveniles migrate to the river’s middle reaches, where they will spend the rest of their lives. Females appear to mature sexually at 1-2 years of age and 15cm, generating an average of 47,000 eggs after 2 years in freshwater.

The fish eats algae, prawns, plant debris, and small insects as part of its omnivorous diet. To aid in the digestion of algae, they have particularly developed teeth and a lengthy gut.