The Auxois is an eastern French horse breed. The Auxois was first reported in the early twentieth century, making it a comparatively modern breed in comparison to other French draft breeds. The Auxois is a direct descendent of the Bourguignon, a tiny, muscular, and rugged horse used for riding and driving in the Middle Ages. The Auxois was once thought to be a descendant of an even older Solutre horse, whose bones were discovered in the region where the breed was evolved.

The Morvan horse used to live in the same place, but after significant crossbreeding, it was assimilated into the Auxois. Percheron blood was added to the breed in the 1840s, followed by Boulonnais blood in the 1860s, and Ardennais and maybe Nivernais blood in the late 1800s.

Before the establishment of a studbook in 1912, blood from other French draft breeds was added. Only purebred Auxois or Ardennais and Trait du Nord crosses could be registered after the studbook was established. Efforts to establish a breed standard were halted during World War I, but testing resumed in 1920, and the Auxois was the pride of regional farmers until World War II. 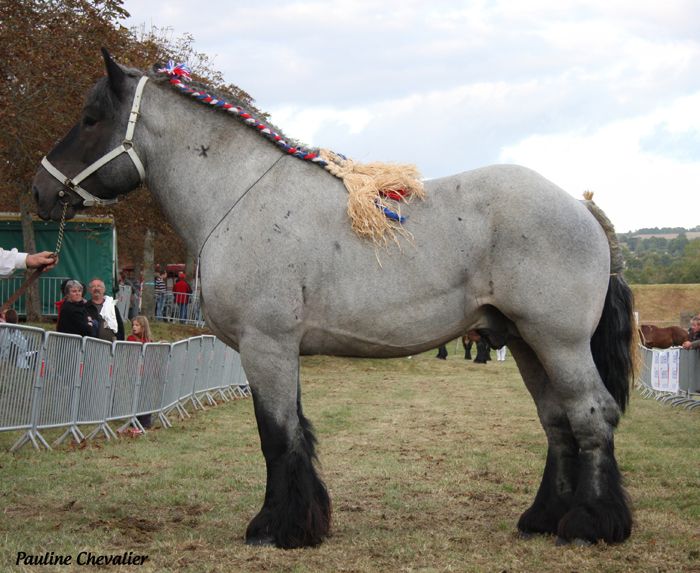 The breed peaked in the 1930s, but with the advent of mechanization in the 1960s, it began to dwindle. The Auxois had nearly gone extinct by the 1970s, and the French government began encouraging the breeding of all local draft horses for meat production rather than agricultural use.

In the 1990s, the French government changed its mind about meat breeding and began pushing draft breeds for recreational purposes. The Auxois is one of the rarest draft breeds in France, with the eighth-smallest population among the nine native French draft breeds. The breed was named after the “rich valley of Auxois,” which was the site of crossbreeding and selection for the new type. 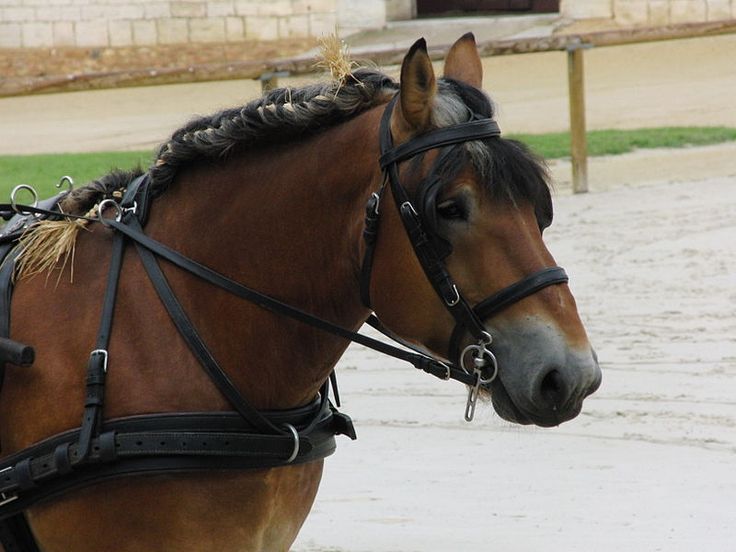 The main breeding location is Burgundy, with a few horses in the Rhône-Alpes and Auvergne regions. There are no known Auxois residing outside of France, and it is almost unknown outside of its home region, even inside France. The Auxois is the only one of the nine French draft horse breeds that are not exported. Each year between 1992 and 2011, between 80 and 146 foals were born, rising from 105 to 128 between 2007 and 2011.

The forehead is broad and the head is short. The neck is short and muscular, the shoulders are long and slanted, and the chest is broad and deep. With a broad, short back and loins, the physique is solid. The hindquarters have a lot of muscle mass. The legs are strong, even if they appear little in comparison to the rest of the body.

In comparison to other French draft horse breeds, they have less feathering on their legs. Similar to the Ardennais, Auxois horses are mainly bay or bay roan in color, but they can also be chestnut or red roan. The colors gray and seal brown are also acceptable. 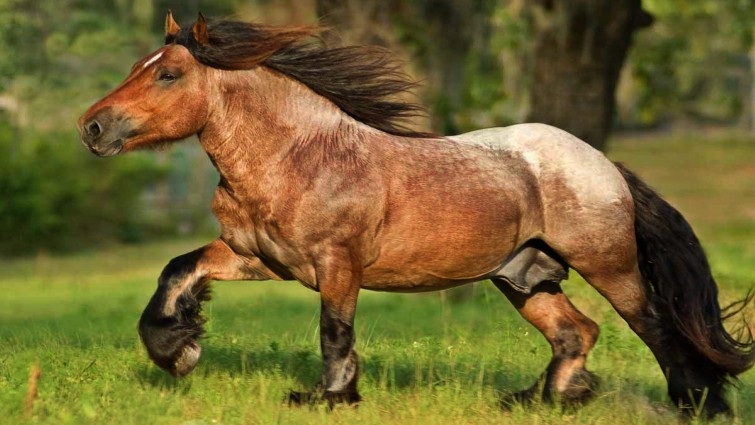 The Auxois was bred specifically for agricultural tasks and was only used for that. For multi-horse hitches in the fields and logging, the strongest horses were chosen. It is still utilized for farm work and heavy draft nowadays.