The Bambino cat is known as such because its name translates to “baby” in Italian. The Bambino is a cross between the Sphynx cat and the Munchkin. The Sphynx has a recessive hairless gene, while the Munchkin has a dominant short-legged gene. As such, Bambinos are hairless cats that have short legs like with the Munchkins.

Bambinos were first bred in 2005 by Stephanie and Pat Osborne. In 2006, The International Cat Association (TICA) designated the Bambino as an Experimental New Breed. They are considered a new breed as well because they were developed from crosses of Persian and American Shorthair cats.

The Bambino is a hairless cat, as well as short, and when they walk they have a distinctive waddle in their step. But that doesn’t stop them from getting around easily and with surprising speed. With the average height of 7-8 inches, while the weight is 5-9 lb.

The Bambino cat ears are forward-facing and alert, and they can be described as lynx-tipped ears. This means that there are little tufts of hair at the tips of the ears, much like a lynx. Also, the eyes are large and can be described as being lemon-shaped. 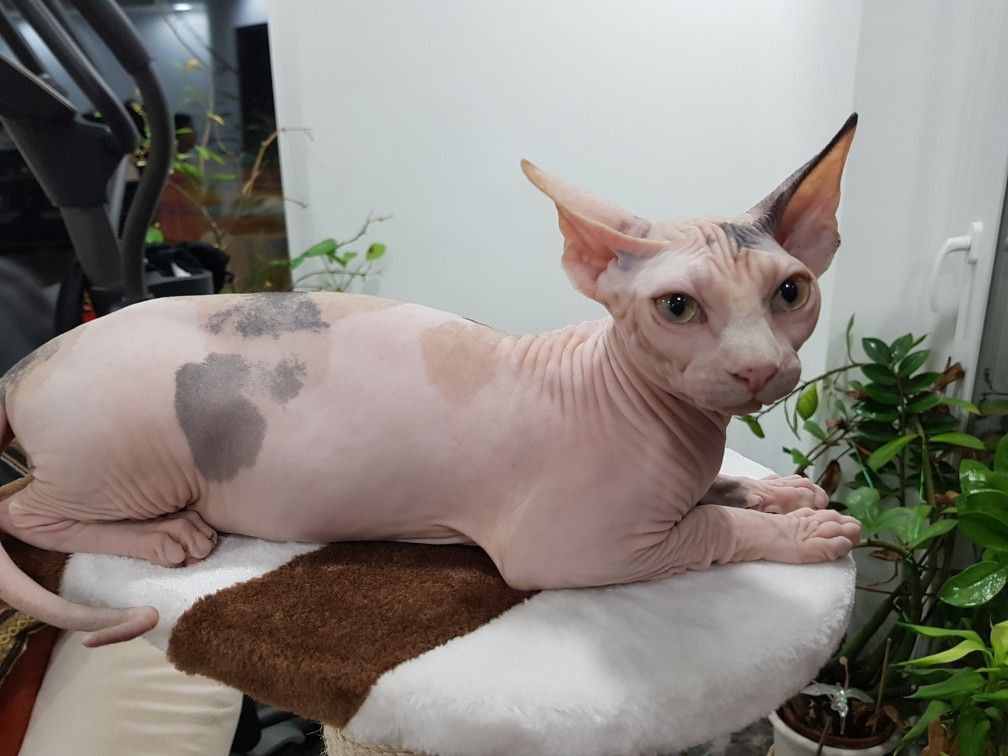 The Bambino is known for having short legs and a long, slender tail. It does not have fur, so it is difficult to tell this breed apart from other cats. The Bambino can be found in black or cream colour.

Bambinos are a very popular breed of cat and for good reason. They’re affectionate, loving animals that enjoy snuggling up on your lap or in your arms. They can make wonderful pets for families with children because they love to be around humans.

Bambino cats are known for being playful and sociable. They would do best in a home where they can receive ample attention, playtime, and love from their family. This cat breed is not a good choice for long-term isolation as they don’t like to be alone for too long. They also get along well with children and other pets because they are friendly. 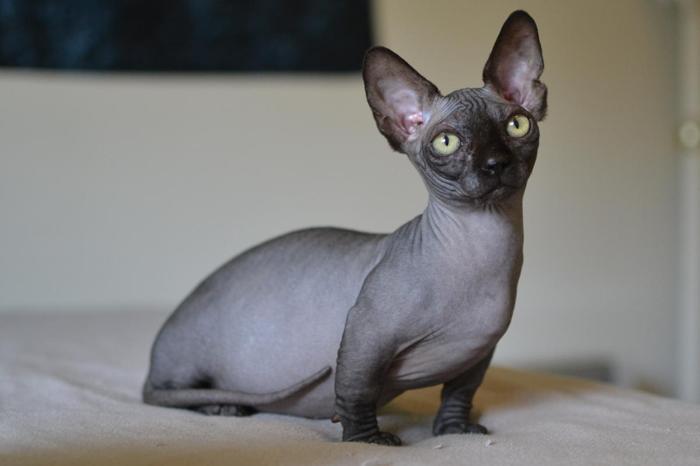 Bambino cats are known for their playful nature. They will gladly play all over the house and love to run and jump like any other normal-sized kitty. These cats can also be compared to little monkeys because of their high energy and funny antics. Giving these cats plenty of toys and interactive play sessions will allow them to release their energy.

The Bambino cat breed requires more attention than a normal cat. This is one of the problems of the cat. Their furlessness makes them much more susceptible to feeling the cold and their skin can get injured more easily. They would also be much more likely to suffer from sunburn if you do take them outside, so make sure they have cat-safe sunscreen on to protect their body.

Grooming is needed for this breed to keep it healthy and happy. Because their fur isn’t naturally made, you must bathe your cat regularly with warm water and mild soap. Also, keep an eye out for any buildup of debris in any hole on the body of the kitty.

The Bambino cat will need to eat a portion of good cat food, and with no exception. Like all cats, he is an obligate carnivore who needs high-protein food developed for cats. They require a quality diet to keep their body.

Bambino cats are bred to have serious health problems. These problems can cause skin conditions, lordosis, and pectus excavatum. They have an average life span of 10-15 years of age.