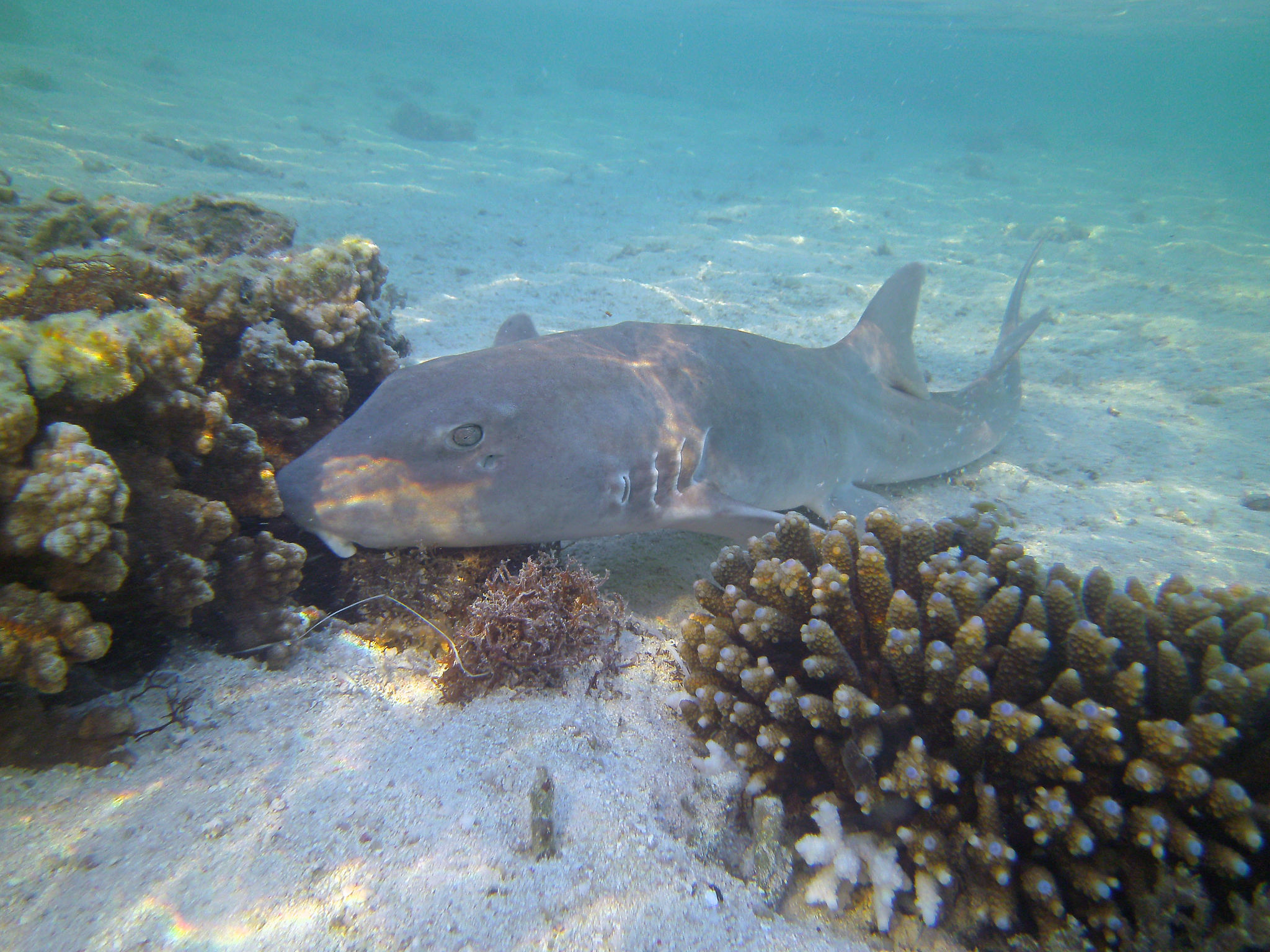 The bamboo shark is a little bottom dweller that moves slowly. Longtail carpet shark is their common moniker, and for good cause. They have extremely long tails that are much longer than the rest of their bodies. These sharks can be found on Pacific Ocean coral reefs. They’re prevalent throughout Indonesia’s coasts and in the surrounding waters, although the species’ range stretches from Japan to India. 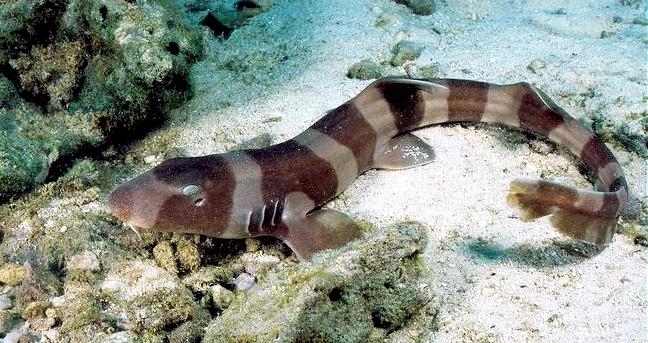 Whitespotted bamboo sharks have a distinctive dorsal fin that influences where they choose to reside as well as how they move with convex posterior edges of the dorsal fins. Purple and pink spots with dark bands and a white body make up this color pattern. This family’s colour is distinct, making identification a breeze.

Bamboo Sharks frequently rest on the bottom of their habitat, held up by their bent and depressed pectoral fins, with their head and trunk propped up. Bamboo sharks’ teeth aren’t really different from one another. Every molar has a midline apex and moderate lingual base buds with 26–35 molars on the upper jaw and 21–32 teeth on the jaw bone. 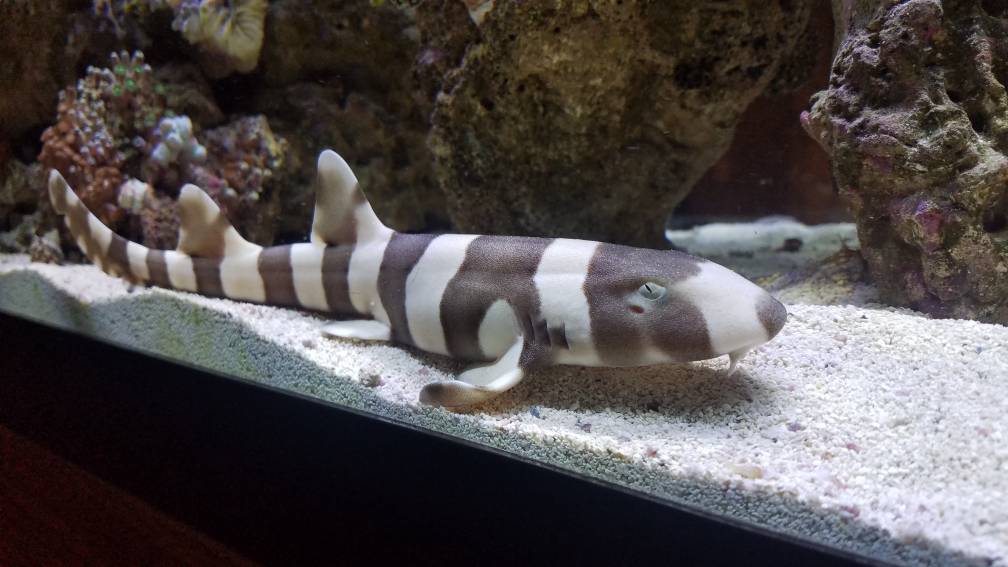 Albinism in sharks is extremely unusual, and it has only happened a few times. It is estimated that one out of every 10,000 individuals of this species is born albino. At SeaWorld of Orlando, three albino white-spotted bamboo sharks have spawned.

Since 2007, the Downtown Aquarium in Denver, Colorado has seen annual hatchings of albino white-spotted bamboo sharks, and some are currently on display. These are some of the most frequent shark species kept in home aquariums due to their modest size and bottom-dwelling lifestyle. In captivity, they are easy to feed and breed.

These sharks hunt on small fish and invertebrates at night. Their teeth are tiny and can be used to grab or crush prey. When biting soft prey, the points of the teeth sink into the flesh, but when biting hard prey, the teeth pivot backward. The flattened front surface of the teeth forms a continuous plate for crushing crabs, protecting the tooth tip.

Adult sharks require more carbon than juvenile sharks, especially during the rainy season. Bamboo sharks have an edge over pelagic sharks since they are benthic predators. They have electroreceptors along their snout that help them discover prey buried in the sand and mud, making them particularly efficient users of this technology. 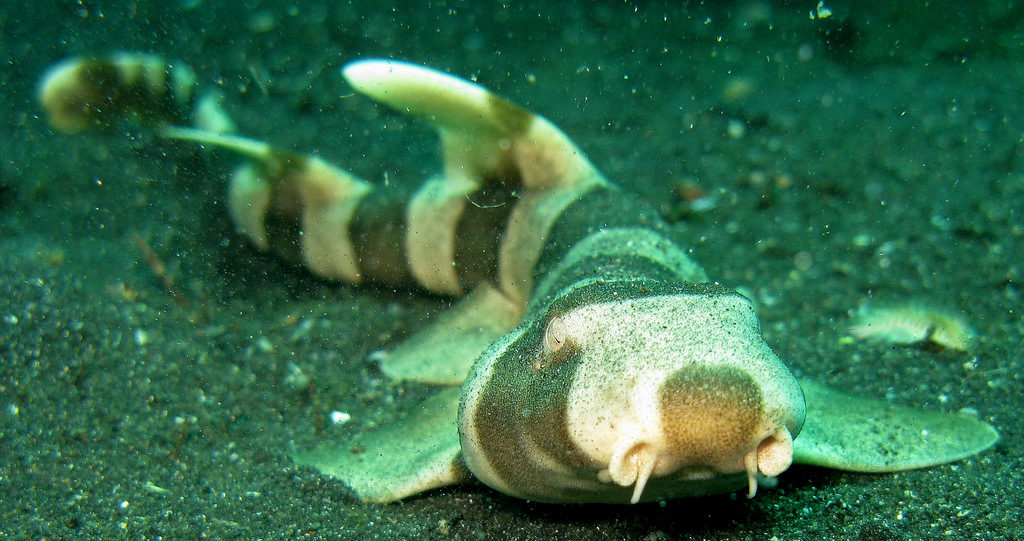 Their teeth are small as well, and they use them to grab or crush weaker prey. Their teeth can literally twist backward to consume harder shelled food! This protects the teeth’ tips and provides a continuous hard and flat surface on which to crunch crab or clamshells.

They have a maximum of 67 teeth. Bamboo sharks have spiracles, which are little apertures behind their eyes that allow them to take in oxygenated water. Their fins are tiny and unmuscled, and they mostly use them to support themselves up in the sand.

Bamboo sharks are oviparous, which means they lay eggs. The eggs are about five inches in length and emerge after 14 or 15 weeks. The young are about 6 inches long when they hatch. A clutch of eggs from a female bamboo shark hatched without any visible mating in July 2002, according to Doug Sweet, curator of fishes at the Belle Isle Aquarium in Detroit. This appears to be the first time parthenogenesis has been observed in this species. 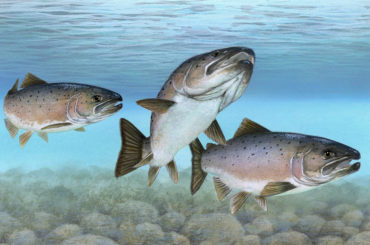