The betta, sometimes known as the Siamese fighting fish (Betta splendens), is a freshwater fish endemic to Southeast Asia. While the genus Betta contains 73 species, only Betta splendens is commonly referred to as a “betta,” owing to its worldwide appeal as a pet. Siamese fighting fish are endemic to Thailand’s central plain and have been bred for at least 1,000 years, making them one of the longest-lived fish on the planet.

Some individuals in Malaysia and Thailand are known to have gathered wild bettas as early as the nineteenth century, noticing their violent behavior and pitting them against one other in turf war gambling competitions. Betta splendens battles for only a few minutes in the wild until one fish flees.

The popularity of these battles drew the attention of King Siam (Thailand), who monitored and taxed the matches while also collecting his own fighting fish. In 1840, he gave some of his finest fish to Theodore Edward Cantor, a Danish physician serving in the Bengal medical service.

The first documented arrival of Betta splendens in the Western aquarium commerce was in 1874 in France, when French aquaria specialist and ichthyologist Pierre Carbonnier began acquiring and rearing several specimens. Paul Matte, a German tropical fish expert, imported the first specimens into Germany from Moscow in 1896, most likely from Carbonnier’s strain.  This suggests that by the turn of the century, bettas had established themselves in France and Russia.

In 1849, the scientific name Macropodus pugnax was given to Siamese fighting fish, which means “violent fish with big feet” in reference to its extended pelvic fins. Betta pugnax, which refers to their aggressiveness, was given to them in 1897 when they were assigned to the genus Betta. Following the discovery that pugnax species existed,  in 1909, the species was finally called Betta splendens.

Betta splendens are territorial, and if housed together, males are prone to assaulting one other; without an emergency exit, one or both fish will likely die. In limited quarters, female bettas can grow territorial toward one another. Bettas have a particular labyrinth organ that allows them to take in surface air, making them extremely adaptable to low oxygen levels and poor water quality.

Betta splendens prefer shallow areas of water with abundant vegetation, such as marshes, floodplains, and paddy fields, wherever they are found. Bettas were discovered and domesticated by humans due to the historical abundance of rice farming in Southeast Asia, which offered an excellent environment for them. Because of the shallow water and high air temperature, gases quickly evaporate, resulting in a considerable oxygen shortage in the betta’s native habitat.

The formation of the lung-like labyrinth organ, which allows Siamese fighting fish to breathe straight from the air, was most likely influenced by this environment. As a result, bettas can survive and thrive in harsher circumstances than other freshwater fish, resulting in fewer natural predators and rivals. 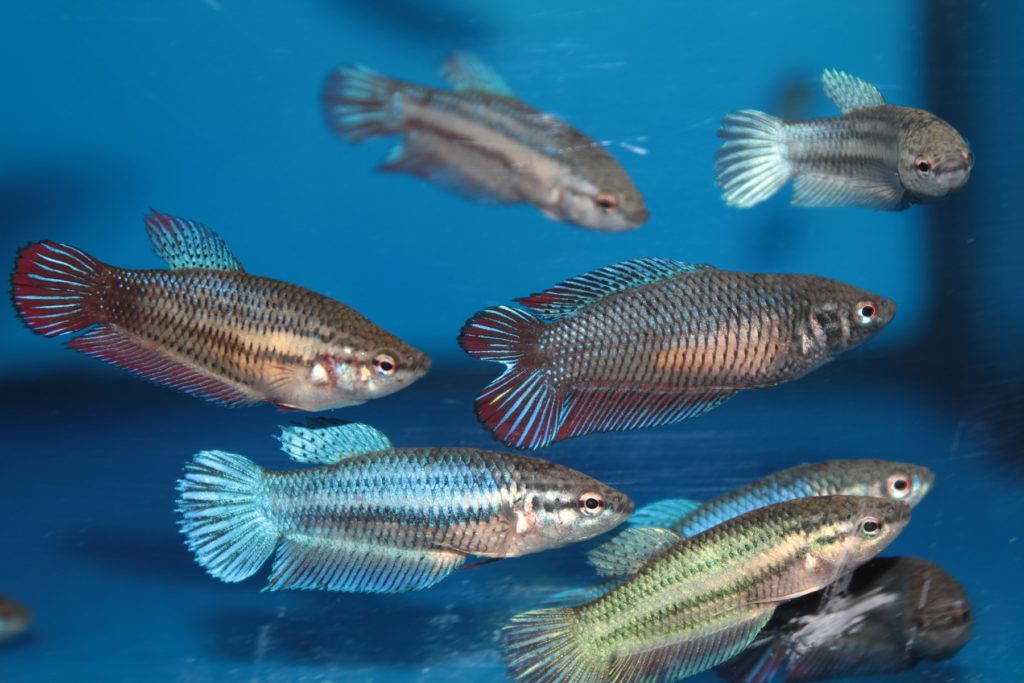 The northern Malay Peninsula, middle and eastern Thailand, Kampuchea (Cambodia), and southern Vietnam are all home to Betta splendens. The species is native to Thailand. It can be found from the Mae Khlong to Chao Phraya basins, the eastern side of the Cardamom highlands (Cambodia), and the Isthmus of Kra.

Betta splendens is native to Cambodia, Laos, Thailand, and Vietnam, according to a paper by Froese and Pauly (2019). They are also prevalent in the Malay Peninsula and adjacent parts of Sumatra, most likely as a result of human introduction. Bettas in the wild are like bodies of water with abundant aquatic vegetation and surface foliage.

Males and females have vastly different appearances, with males having longer, more gorgeous flowing fins. Females are significantly smaller and have shorter fins. B. splendens has a maximum length of 6–8 cm (2.4–3.1 in). Siamese fighting fish have been intentionally developed to have a wide range of colors and tail styles. The natural coloring of B. splendens is green, brown, and grey, with short fins; wild fish only show bright colors when agitated. 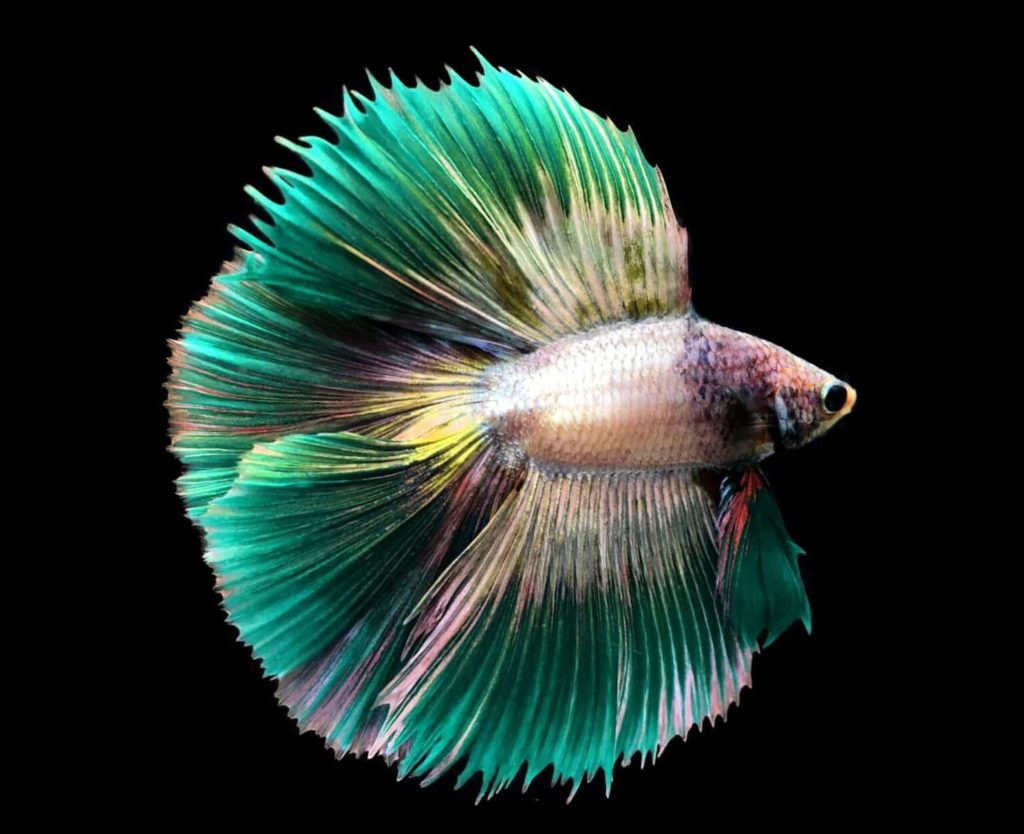 Betta splendens is a carnivorous fish that eats zooplankton, tiny crustaceans, and the larvae of aquatic insects like mosquitos. Bettas can be fed a variety of pellets, flakes, or frozen foods, such as brine shrimp, bloodworms, and daphnia, among other things. Bettas have trouble absorbing carbohydrates due to their small digestive tracts, which are common in carnivores.

In a dance-like performance, male bettas will flare their gills, stretch their fins, and twist their bodies. Females who are receptive will deepen in color and grow vertical lines called “breeding bars.” Males construct bubble nests of varying sizes and thicknesses on the water’s surface, which interested females can inspect. Even if there is no female around, most men do this on a regular basis. Bubble nests are frequently built on top of plants or rocks that break the surface. 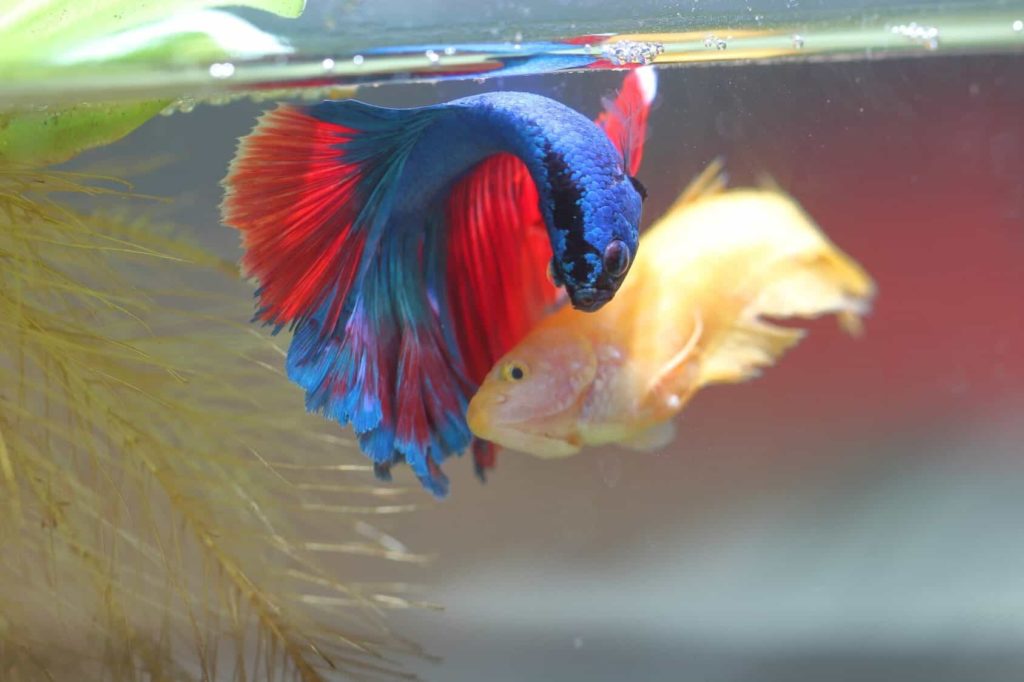 During each embrace, the male wraps his body around the female, releasing 10–40 eggs. The male distributes milt into the water with each egg deposit, and fertilization occurs externally. The female is pursued away from the male’s territory once she has released all of her eggs, as she will most likely devour the eggs. The guy is still in charge of the eggs. The incubation period is 24–36 hours. In as little as 4–5 months, B. splendens can reach sexual maturity.

Bettas are vulnerable to a variety of diseases, the majority of which are associated with bacterial, fungal, or parasitic infections. Poor water quality and cold water, both of which suppress the immune system, cause the majority of infections. A white spot, velvet, fin rot, and dropsy are the four most prevalent ailments. Siamese fighting fish can survive for three to five years while they can live up to ten years in rare situations.