The Black Russian Terrier, also known as the Chornyi Terrier (chornyi means “black” in Russian), is a dog breed developed in the Soviet Union by Red Star Kennel in the late 1940s and early 1950s for military and working purposes. The Black Russian Terrier, despite its name, is not a true terrier; it is thought that around seventeen breeds were employed in its development, including the Airedale, Giant Schnauzer, Rottweiler, Newfoundland, Caucasian Shepherd Dog, and others.

The majority of the breeding stock was obtained from areas where the Red Army was involved during WWII, particularly East Germany. Early versions of the Black Russian Terrier only resembled today’s Black Russian Terrier in build and coat type, as they were developed for working aptitude rather than aesthetics. 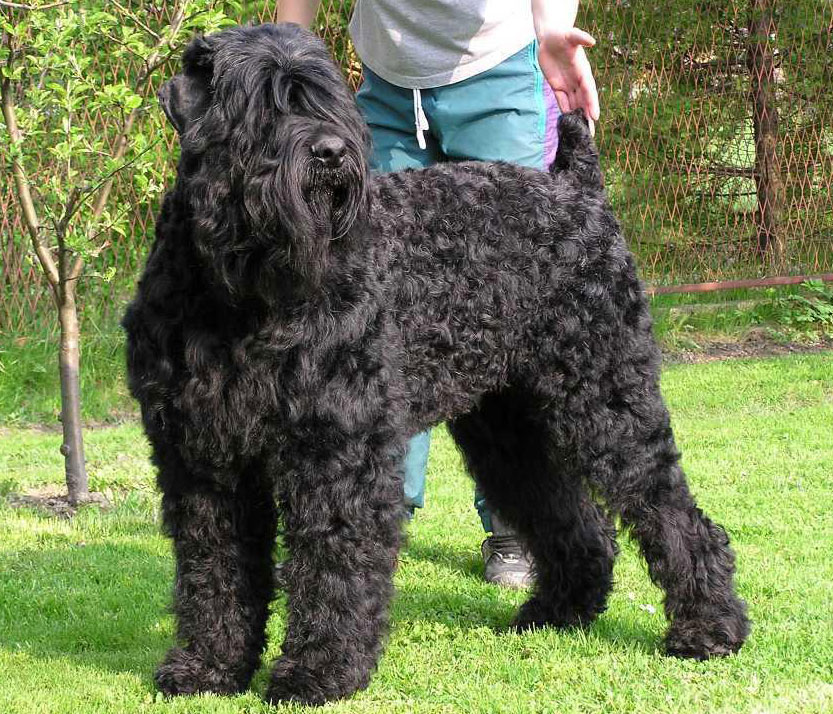 The Black Russian Terrier is a Cold War relic that was bred by Soviet Army scientists in search of the ideal working canine. The Black Russian was raised to patrol the borders alongside soldiers and is perfectly adapted to the harsh Russian winters. The scientists weren’t seeking to create a new breed; all they needed was a dog that could meet their military requirements.

The Soviet Ministry of Agriculture officially recognized the Black Russian Terrier as a breed in 1981. Because of their many wonderful characteristics, such as their huge size, capacity to protect house and family, excellent working abilities, courage, attractive look, sociability, and love of children, they quickly became one of the most admired breeds in the world.

Until 1957, when some puppies were sold to civilian breeders, they were completely bred by the state-owned Red Star Kennel in Moscow. These breeders began breeding for appearances while still maintaining working abilities. The breed eventually expanded to other parts of the USSR, then to Finland, the first European country, then to other European countries, and finally to the United States, Canada, Australia, and other countries.

The first working examples of the breed were displayed in Moscow in 1955, and the first Breed Standard was established in 1958. In 1996, the breed was also brought to the United Kingdom for the first time. The Russian Black Terrier was listed on the Kennel Club’s Import Register in 1998.

Between 1989 and 1990, black Russian Terriers arrived in the United States. In Mississippi, where an immigrant Russian couple opened a kennel, one of the first American kennels to produce Black Russians was established. (Blackies perform well there even if there isn’t any snow to play in.) In 2001, the American Kennel Club accepted the Black Russian Terrier into the Mixed Class. On July 1, 2004, the breed was accepted into the AKC Working Group. The head should be proportional to the body, with a beard and eyebrows on the face, as well as a little mane around the withers and neck, which is more prominent in males. The coat is low-shedding and is black or black with gray hairs scattered throughout. The coat is double-layered, with coarse guard hair on top of a softer undercoat.

They make excellent friends for youngsters since they have a strong protective sense toward them. Female Black Russian Terriers are more patient and willing to play with children than males, but both sexes want to be around kids.

Because of its background as a working dog, the Black Russian Terrier requires a task to be happy. Early training is essential, and they respond well to continuous, tough instruction, succeeding in obedience competitions. Other dog sports, like agility and Schutzhund training, they excel in as well. 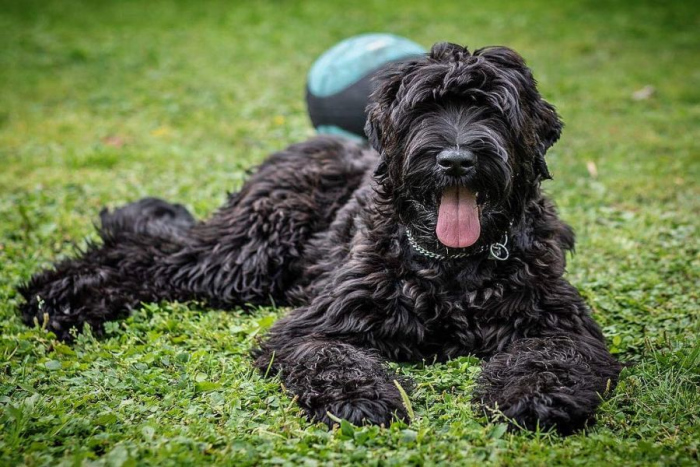 The young Black Russian Terrier requires a lot of exercises and, if not given one, can become hyperactive and destructive. When a dog reaches maturity, his or her energy level drops dramatically. They have a low-shedding coat and require maintenance on a weekly basis. This breed develops a strong attachment to a single person.

Although the Black Russian Terrier is generally healthy, it is susceptible to the following inherited diseases: Juvenile laryngeal paralysis and polyneuropathy • Hip dysplasia • Elbow dysplasia • Hyperuricosuria • Juvenile laryngeal paralysis and polyneuropathy Heart illness, eye problems, and a dog with a life span of 9–14 years