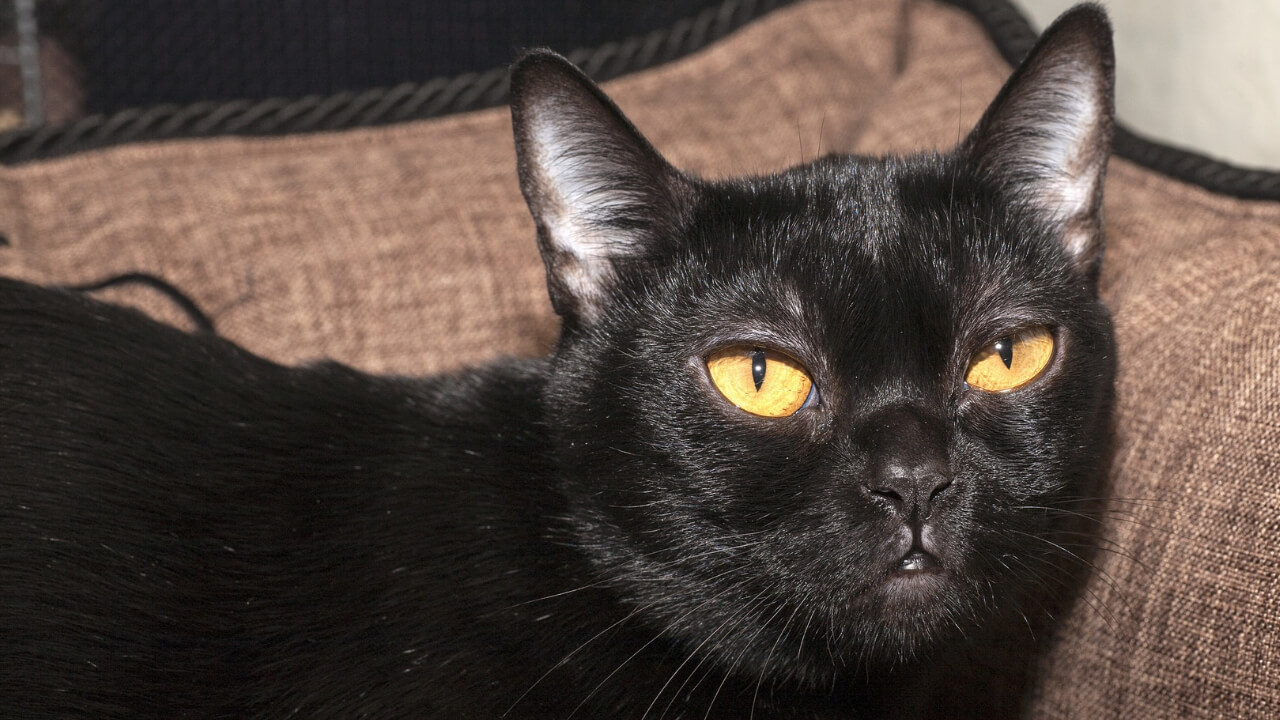 Bombay cat is created by cross-breeding sable Burmese and black American Shorthair cats to produce a cat of mostly Burmese type, but with a sleek, panther-like black coat. Bombay is the name given to black cats of Asian descent.

In 1958,  Nikki Horner, a breeder from Louisville, Kentucky, attempted to create a breed of cat that resembled a miniature black panther. The first attempt was unsuccessful, but in 1965, the second was successful. The breed was officially recognized and registered by the Cat Fanciers’ Association in 1970. Nikki Horner died in 1995 at age 81. 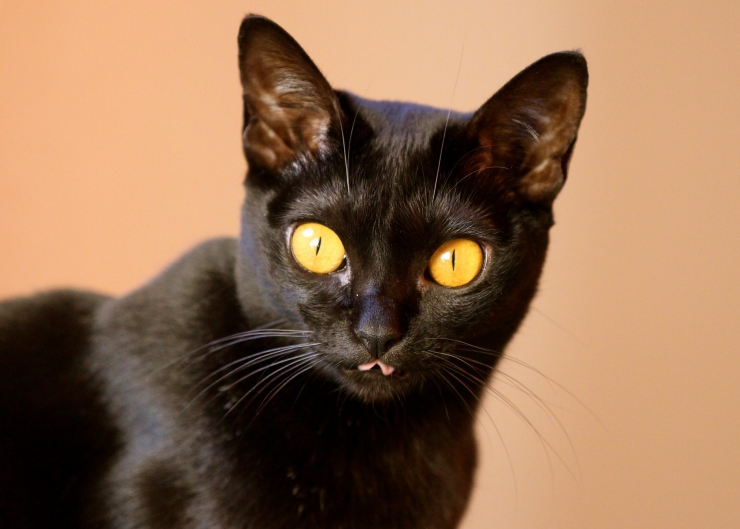 Bombay is a breed that resembles the black leopard found in India. They were bred by Walter and Jean Horner in California, who named them for the exotic port city where their wild feline was found. Many Bombays are entirely black, including their paw pads, which isn’t a common trait in other black cats.

Bombay was recognized by the Cat Fanciers Association (CFA) in 1978, and it is recognized by all cat associations today. Outcrossing with black American Shorthairs and sable Burmese is still permitted, but it is rarely done due to the breeds’ differences in body type.

Bombay cats are a short-haired breed of domestic cats. They typically have a jet black coat, black soles, black nose, and mouth, with copper or green eyes. 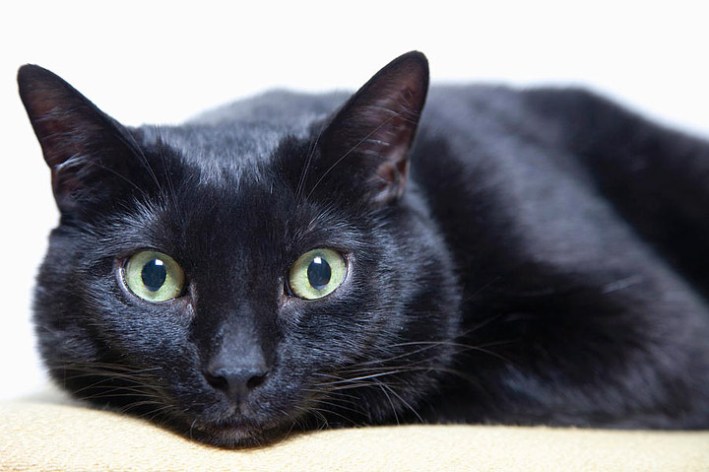 Bombay have a deep black coat. Their black coat is dominant, but occasionally a litter produces sable-colored kittens, which are known as Burmese. Bombay eye color ranges from gold to copper.

Bombay cats are cats that are very social and brave, so they tend to be attached to their families and crave attention. They are highly suitable for children because they are friendly and enjoy being around people. Bombay cats are not independent but become more independent with age. They seek attention from their owners and other people often and dislike being left alone for long periods of time.

Bombay cats have a long history of being bred in the United States. Bombay cats are playful, curious, and active. They love to explore and play, but they also enjoy cuddling up on your lap after a brief exploration. As Bombay’s ages, they become more mellow and happy with a slower pace of life. Adult Bombay is always up for a play session. 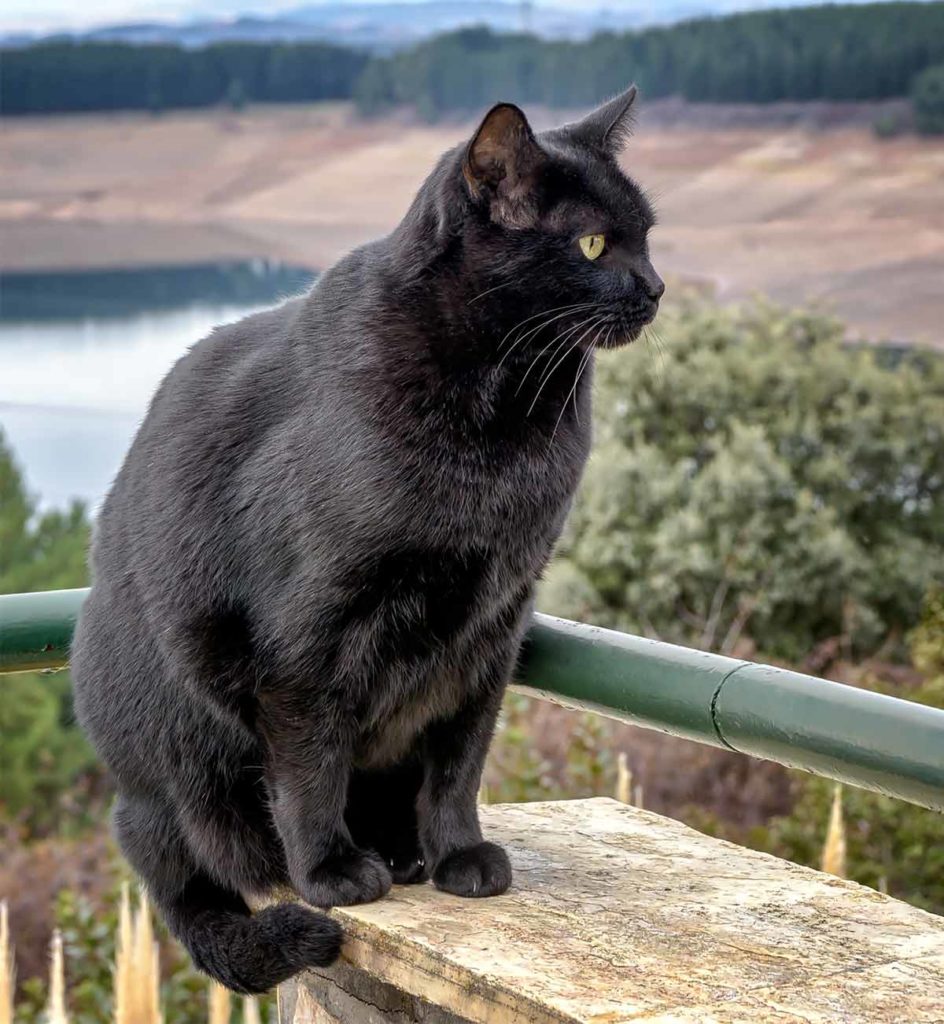 Bombay cats get along with people and other animals, especially if they are raised together. People who have only had experience with friendly dogs may even assume that Bombays are aggressive or unfriendly because of their loud meows, but they’re actually just very good at communicating.

Bombay is a domestic house cat that has been bred for its short, thick fur and long hair. It gets along well with others, but it tends to have a pecking order in the household. The Bombay has a loud purr and tends to be vocal and cry more than other cats.

The Bombay cat is generally healthy. It can have some sinus problems, snuffly noses, and gingivitis. They should be allowed to eat only what they need to maintain a healthy weight. A Bombay that is well-fed may develop diabetes or heart disease. They are sensitive to heat and humidity, so owners must be careful when exercising them or leaving them. A healthy Bombay can live around 15 to 20 years.  It does not shed as much as other breeds and requires very little grooming.