The Boykin Spaniel breed, In the late 1800s/early 1900s, a dog was found in Spartanburg, South Carolina. It was a small, stray spaniel-type dog that became friends with a banker who took it home. The name of the dog is unknown, but Alexander L. White liked the little dog and kept it for his own.

A small dog was found wandering near a Methodist church in Spartanburg, South Carolina. The dog was taken home by Mr. Alexander L. White and displayed some aptitude for hunting so he sent the dog to be trained by his hunting partner.

The dog seemed to have some hunting ability so Mr. White sent him to be trained by his friend Boykin, who lived outside of Camden, South Carolina. Through this training, the stray developed into a superb turkey and waterfowl retriever. This dog is said to have been male and was the base line of all Boykin Spaniels in existence today.

The Boykin Spaniel is a breed of dog that originated in South Carolina. It was developed by John E. Boykin and his family as a hunting companion and retriever, and it is the only member of the “Boykin” group of breeds. It is thought to be descended from Chesapeake Bay Retriever, English Springer Spaniel, Cocker Spaniel and the American Water Spaniel. In December 2009, it became fully recognized and registrable with the American Kennel Club.

The Boykin Spaniel moves with a steady, fluid gait. These dogs were bred to work in the lakes and swamps of their native South Carolina. Web-toed Boykins can swim like seals

The Boykin Spaniel has a docked tail. Its eyes are engaging and bright, and its coat can be gold or dark amber in color. It comes in liver or shades of brown, with coat length varying from flat to moderately curly with medium length hair fine hair with light feathering on the legs, feet, ears chest and belly.

The Boykin Spaniel is a friendly, social dog that makes a good family pet. It is easily trained and eager to work. It has great endurance and it is good with children and other dogs. They are not easily angered, but they love attention. It can sometimes be described as energetic and has great endurance. 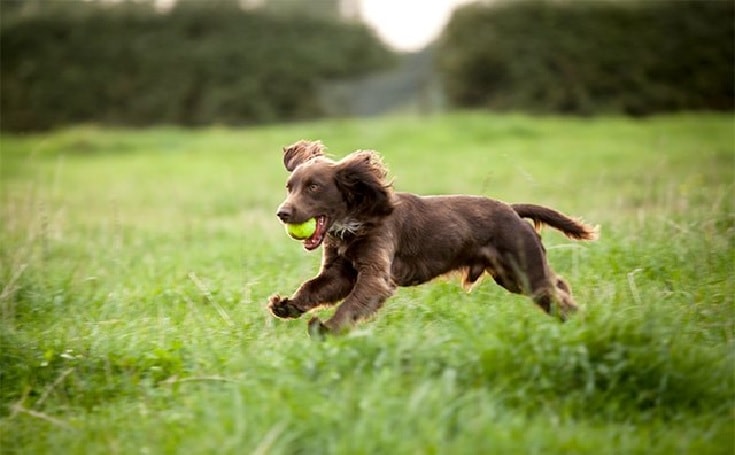 The Boykin Spaniel is a breed of dog that can adapt to different environments as long as he has a great opportunity for  interaction and time to burn off excess energy.

The Boykin Spaniel is a high-energy working dog that loves to be close to its owner and family. A walk around the neighborhood every day is enough exercise for it. If you want more, you can take your dog on longer hikes or jogs with you.

Boykin Spaniels are very obedient and intelligent, making them easy to train. They still require a consistent pack master in order to stay in line. 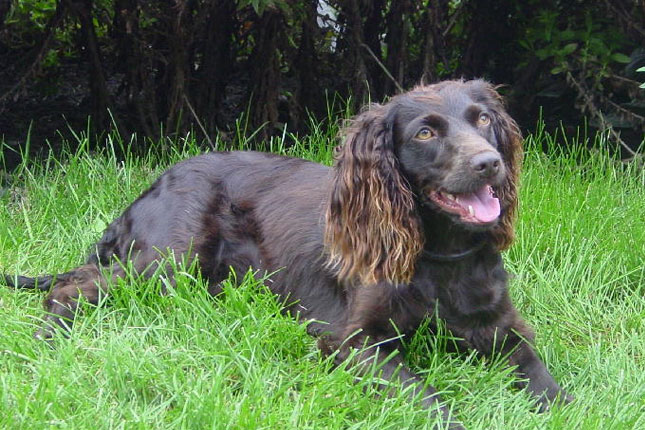 The Boykin Spaniel‘s coat is of medium length and wavy, which means that it doesn’t need to be trimmed or groomed very often. Brushing him once a week will remove loose hair and dirt, making sure he stays clean and looking his best, but an occasional bath will help him stay smelling nice as well.

The Boykin Spaniel’s most common health issues are hip dysplasia, cataracts in their eyes, and heart problems. They also have some skin problems. They often get ear infections, so they should be kept in check with regular visits to the vet. Their average life span is 10-12 years old.