Brittany has bred in early 19th century France, and he is a descendant of the dogs native to the Welsh countryside. Today, Welsh Springer and Bretons share many physical characteristics because their ancestors were similar.

Brittany was first bred around the 1850s in the town of Pontivy, located in the Valley de Douron. This region is now part of France but was once a part of Brittany.

The Brittany breed of dog came to America in 1925. The breed was not accepted at first, however, because hunters expected a pointing dog to have a long tail. It took some time for the dogs to prove they were capable hunters, but once the breed became popular it began being used at field trials. ‘

This breed of dogs came to America around 1925. They didn’t become popular until the 1970s when hunters realized that a pointing dog with short hair was more useful.

The Brittany is classified as a utility gun dog, which means it can hunt, point, flush and retrieve games. It is a small, pointing dog that comes from Brittanys, which was described by Reverend Davies in 1850. It is believed to have been bred by mating with English Setters.

The Brittany is a medium-sized dog with a compact, solid and muscular body. The head is of average size with floppy ears and an expression that is intelligent, vigorous, and alert. The gait of Brittany is long and free. The eyes are protected from briars by a fairly heavy eyebrow. It has long legs and is known for its agility and speed.

They stand taller at the withers than at the rump but are still of medium size with a light bone structure. This combination of long legs and light bone makes the breed incredibly agile. The Brittany is a small, sturdy dog that stands between 43 to 51 centimeters at the shoulder. It weighs 30 to 40 pounds.

The double coat makes it ideal for cold climates. The double coat of the Brittany is dense, flat, or wavy. The coat is designed not to absorb or hold water or dirt. It comes in a variety of colors-orange and white, liver and white, black and white, and some tri-color. 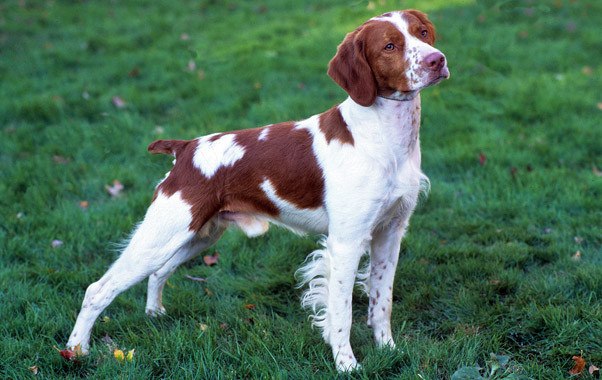 The Brittany as a hunting dog is easy to train but more sensitive than other hunting dogs. Harsh corrections are usually unnecessary, but they should be well socialized by a young age to avoid shyness later on. Brittany Spaniels are best suited as a companion dog to an owner with time to train and hunt with the dog.

They should at least have access to a fenced yard, though they may become restless and be prone to barking or roaming. Early obedience training, socialization, and daily exercise are necessary for this breed of dog. Brittanys make great pets as long as they receive sufficient mental and physical exercise every day. If not given enough exercise, they can become destructive. 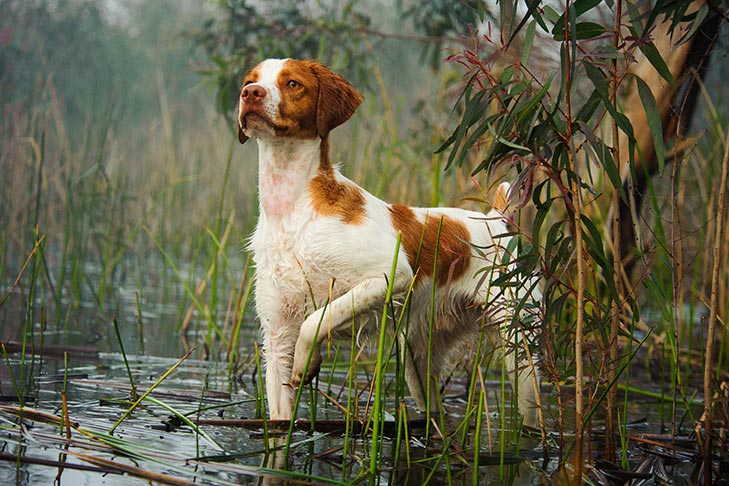 Brittany is a cheerful dog, full of energy. He makes a good companion for children and enjoys some roughhousing. Though eager to please, he is quick to learn basic obedience commands. A fenced yard would be best for this breed as they are quite active outdoors.

They require little maintenance. This breed’s major requirement is for abundant exercise, at least an hour of playing around not just walking every day. They need weekly brushing of their coat to get rid of excess hair and dirt. The breed can shed somewhat year spherical, with heavier periods within the hotter months.

Brittany is a healthy pet, but some diseases that can be found In this breed include hip dysplasia, epilepsy, hypothyroidism. The average life span can be between 12-13 years. 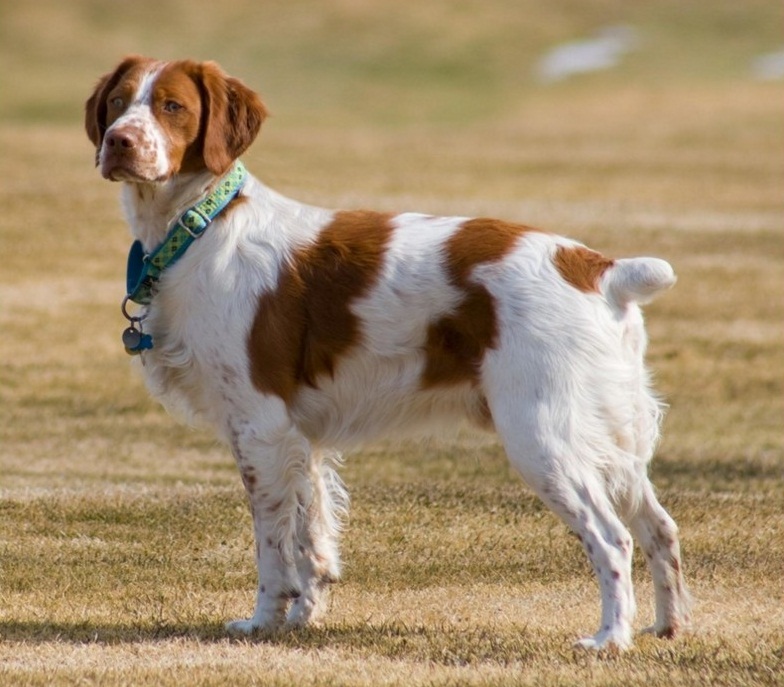