Canine distemper virus (CDV) is a viral disease that affects many mammal species, including domestic and wild dogs, coyotes, foxes, pandas, wolves, ferrets, skunks, raccoons and felines. It may also affect pinnipeds (seals/sea lions), some primates and other species.

The domestic dog is largely responsible for introducing canine distemper to previously unexposed wildlife. The virus has been known to cause a serious conservation threat to many species of carnivores and some species of marsupials. In the 1990s, the virus contributed to the near-extinction of the black-footed ferret.

An Italian named Puntoni developed the first vaccine against distemper. The vaccine was created by adding formalin to brain tissue from infected dogs. By 1950, a commercial vaccine was created, yet there were still limited amounts used. The virus remains prevalent in many populations today.

Distemper is a risk to all dogs, but it’s most dangerous for unvaccinated dogs and puppies under four months old.

Canine distemper is caused by the paramyxovirus virus. It can be spread through any of these sources: dog urine, blood, drool, or respiratory droplets. The virus is resistant to cold. Distemper outbreaks occur throughout the year but are most common in spring and fall. Canine distemper occurs in dogs, which are most vulnerable when they are puppies. 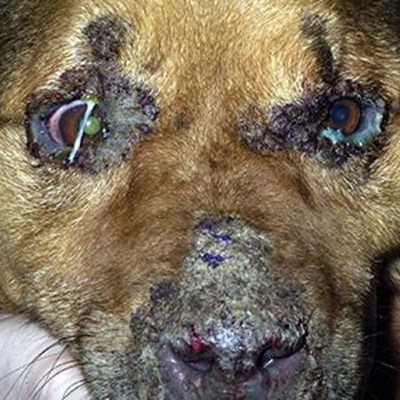 Dog distemper is a highly contagious viral disease. The first symptoms of canine distemper can be mild, and it may take several days or weeks for them to appear. This virus can have a serious impact on your dog’s health, causing fever, loss of appetite, vomiting, diarrhea and dehydration. Neurological symptoms may be delayed and show up months.

A dog that survives distemper can have symptoms throughout its lifespan. The most common non-life-threatening sign is hard pad disease, in which the pads on a dog’s paws and nose become thickened.

However, some febrile illnesses match many of the signs of distemper and it is hard to distinguish between them. Testing the dog’s conjunctival cells or foot pads for the virus gives a definitive diagnosis. In older dogs that develop distemper encephalomyelitis, diagnosis may be more difficult because they usually have an adequate vaccination history. 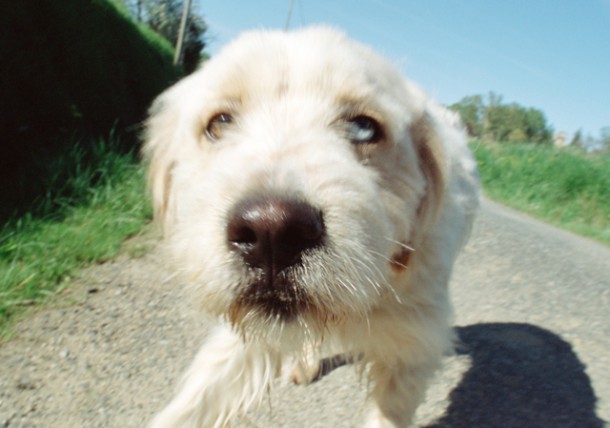 Your dog can pick up the canine distemper virus by being around other dogs or wild animals that have it. Puppies or older dogs that haven’t been vaccinated are most vulnerable to the disease, as are dogs in shelters, since they may not be up to date on their vaccinations.

Canine distemper is a contagious disease that affects dogs and other canines. It can be fatal, but supportive care and symptom treatment may give your pet the best chance of survival. Treatment may include: the use of antibiotics, pain relievers, seizure medication, fever reducer and hospital admit.

If your dog can’t be vaccinated, avoid other dogs that are sick or that may have the virus. Maintain a healthy diet and exercise program and clean your dog’s living area regularly. While these may not directly prevent distemper, they will help keep your dog healthy.

You can prevent distemper in puppies and adult dogs by vaccinating them. Puppies should be vaccinated at six weeks old, then every three to four weeks until they are 16 weeks old. Immunity may last for only three years or longer, so you should check your dog’s specific vaccination schedule with your vet.