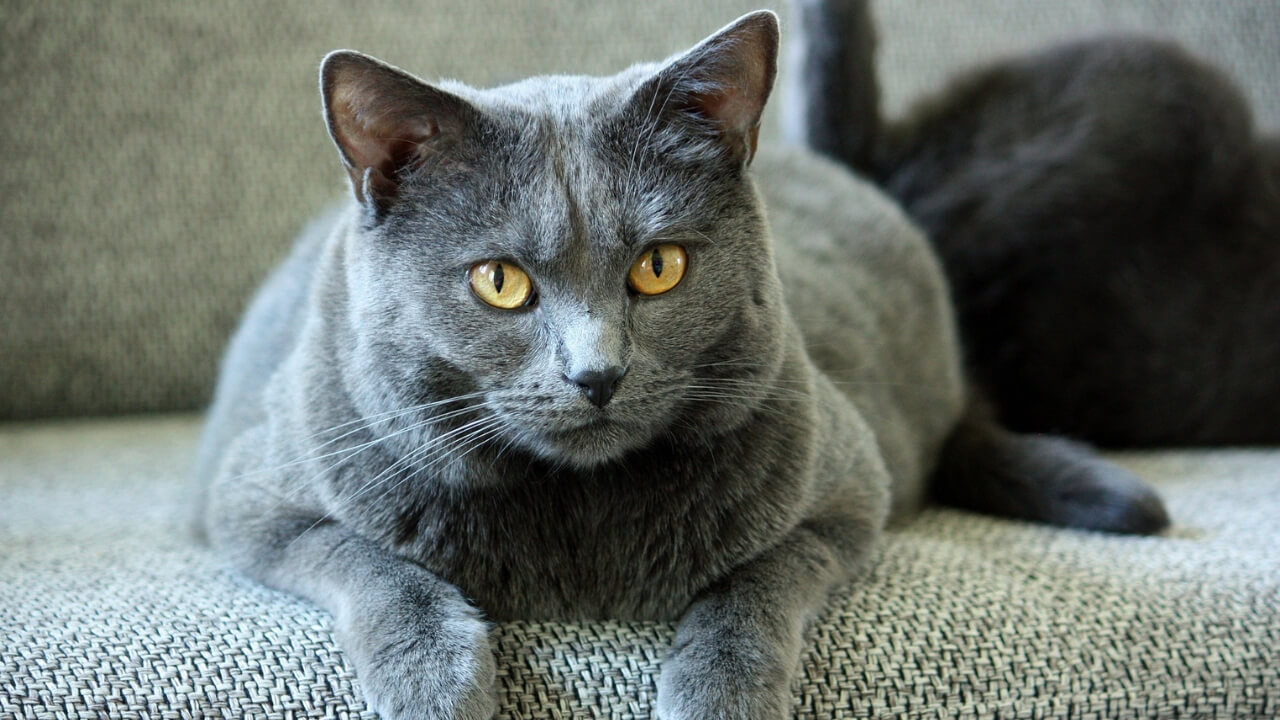 According to history, the Chartreux forebears were feral mountain cats brought back to France by returning Crusaders in the 1300s, many of whom joined the Carthusian monastic order. The French novelist Colette, the French poet Charles Baudelaire, and the French president Charles de Gaulle were all prominent Chartreux owners in the past. 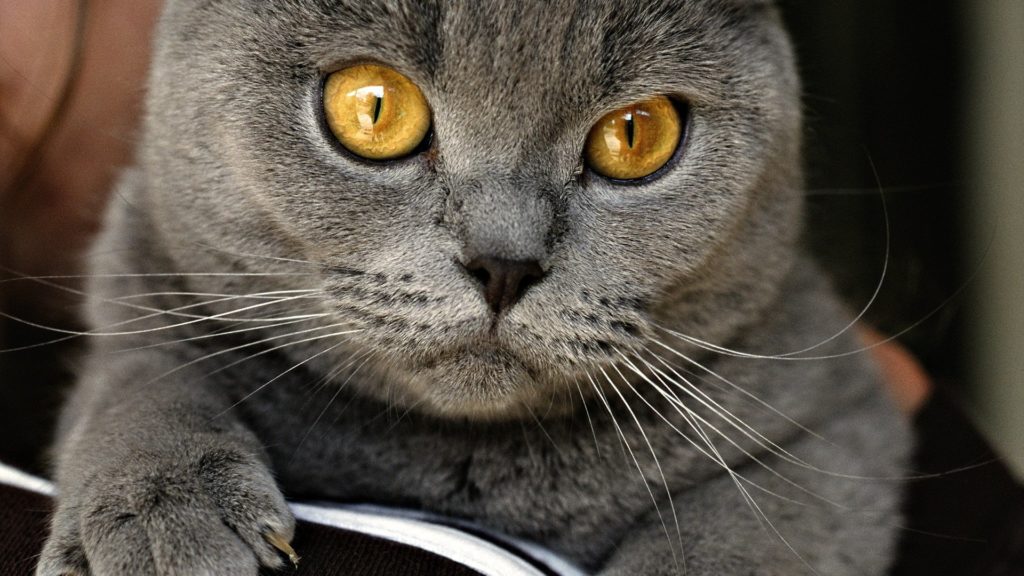 However, the Chartreux breed is mentioned in French naturalist Comte de Buffon’s Histoire Naturelle from 1749, which includes four cat varieties widespread in Europe at the time: domestic, Angora, Spanish, and Chartreux. The Chartreux Cat, according to Jean Simonnet’s canonical 1980 book, came from the Near East, and the cat described as the Cat of Syria by Italian naturalist Ulisse Aldrovandi (1522–1605) was likely its ancestor.

A picture of the Cat of Syria in Jean Simonnet’s book depicts a stocky cat with solid blue coloring and brilliant, slightly almond-shaped copper-colored eyes. A brown mouse cowers beside the cat, demonstrating the Chartreux’s great hunting instincts and one of the reasons the breed was so treasured.

In the 18th century, the French naturalist Buffon made the first documented reference of the breed. During World War I, the breed was severely weakened, and wild populations disappeared after WWII. The breed was saved from extinction because of a coordinated effort by European breeders. Helen and John Gamon of La Jolla, California, brought the first Chartreux to the United States in 1971.

Christine and Suzanne Leger, two sisters from the city of Le Palais on Belle Ile Island off the coast of Brittany in northwest France, discovered a colony of velvety, shorthaired blue cats in the 1920s. These free-roaming cats, which lived on the grounds of a hospital, fit the Chartreux’s description. The Leger sisters were enamored with their beauty and thick blue coats, which the inhabitants of Le Palais dubbed “hospital cats.” Christine and Suzanne Leger were the first to work with the breed seriously, exhibiting the cats in Paris in 1931.

The breed gained popularity, but World War II intervened, wiping off both the country and the breed. To keep the bloodlines alive after the war, the few remaining Chartreux were bred with blue British Shorthairs, Russian Blues, and Persians.

The Chartreux cat breed is a huge, muscular cat with short, fine-boned limbs and lightning-quick reflexes. Their blue (silver-grey) water-resistant short hair double coats, which are typically slightly thick in structure, and orange or copper-colored eyes make them stand out. Chartreux cats are also noted for their “smile,” which is caused by the form of their skulls and their tapering muzzles.

With a robust jaw and large cheeks, the cat has a rounded and broadhead. Ears have a medium height and width, are situated high on the head, and have a fairly erect posture. Eyes are alert and expressive, with a rounded and open appearance. The tail is medium in length, hefty at the base, and tapers to an oval tip. 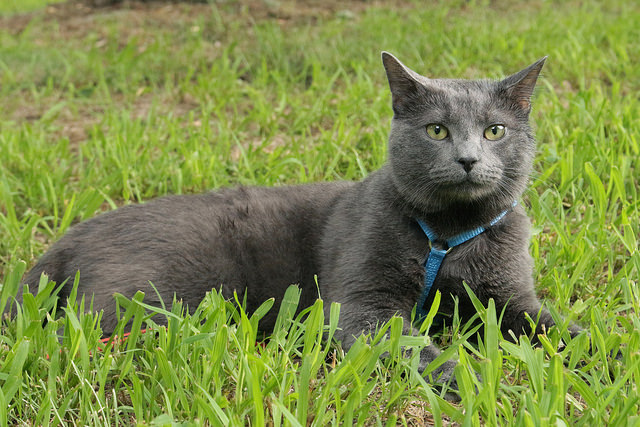 The coat is Medium-short and slightly fuzzy in texture; the neck and flanks should break like a sheepskin. Longer, more protective topcoat with a resilient undercoat. Colour ranges from ash to slate, any shade of blue-gray; tips softly dusted with silver. 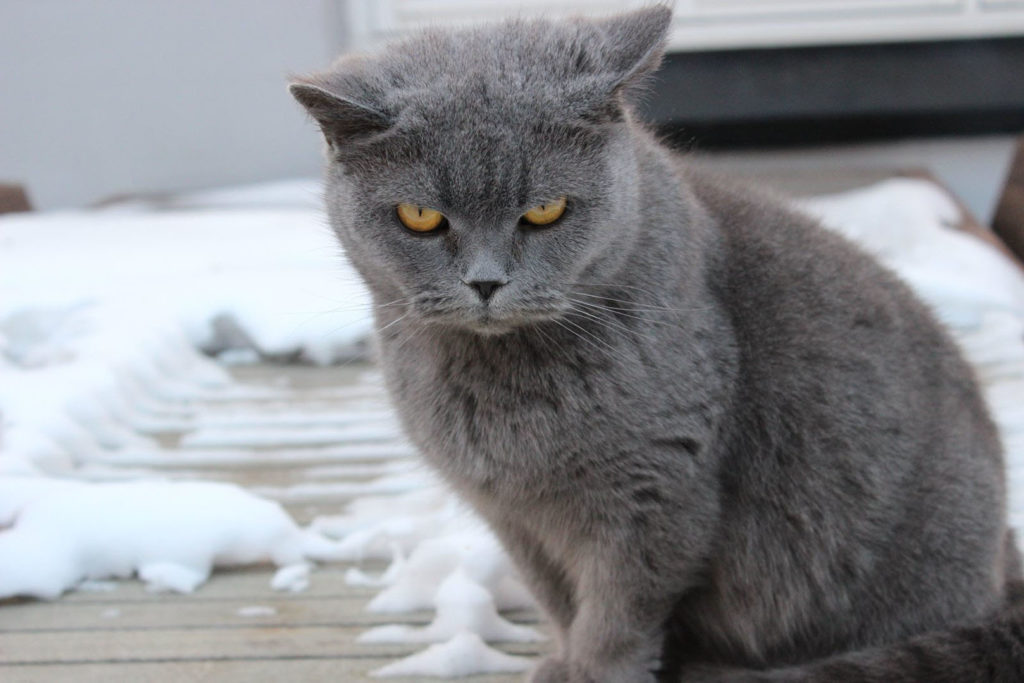 Chartreux cats are quiet. They are perceptive and intelligent. It takes them around two years to mature into adults. The cats remain lively well into adulthood, and some can be trained to catch small objects in the same way that a dog can. They get along well with kids and other animals. They are affectionate, non-aggressive, decent travelers, and typically healthy. They have a strong attachment with one member of their family and prefer to stay in their immediate area, however, they are still kind and affectionate to the rest of the family.