According to the American Kennel Club, Chesapeake Bay Retrievers were bred in Maryland in 1807 after two dogs named Sailor and Canton were rescued from a shipwreck. At the time, they were thought to be Newfoundland dogs, but are more accurately described as St. John’s water dogs or Lesser Newfoundlands. They lived separately on opposite sides of the bay. They were bred with local dogs until they became recognized in their own right in the 19th century.

The Chesapeake Bay Retriever is an American original, who embodies the classic traits of a good retriever. This breed is loyal, upbeat, affectionate, and tireless. The Chessie is famous for his waterproof coat that enables him to swim through icy cold water to retrieve ducks. The breed is known for its intelligence and loyalty. These dogs were used by sailors to help pull small boats from ship to shore. They are also good at hunting waterfowl, which made them popular with hunters.

The AKC was founded in 1884, and by then a clear Chessie type had been established. The AKC officially recognized the breed in 1885, calling them Chesapeake Bay Retrievers. Owners made their own breeding selections for color and coat length; however, there was little variation from the standard at this point.

Chesapeake Bay Retrievers are known for their clear, yellow eyes and hindquarters that are higher than the shoulders. The coat is often wavy on the shoulders, neck, back and loins. They have a waterproof coat with an oily texture and a musky odor. 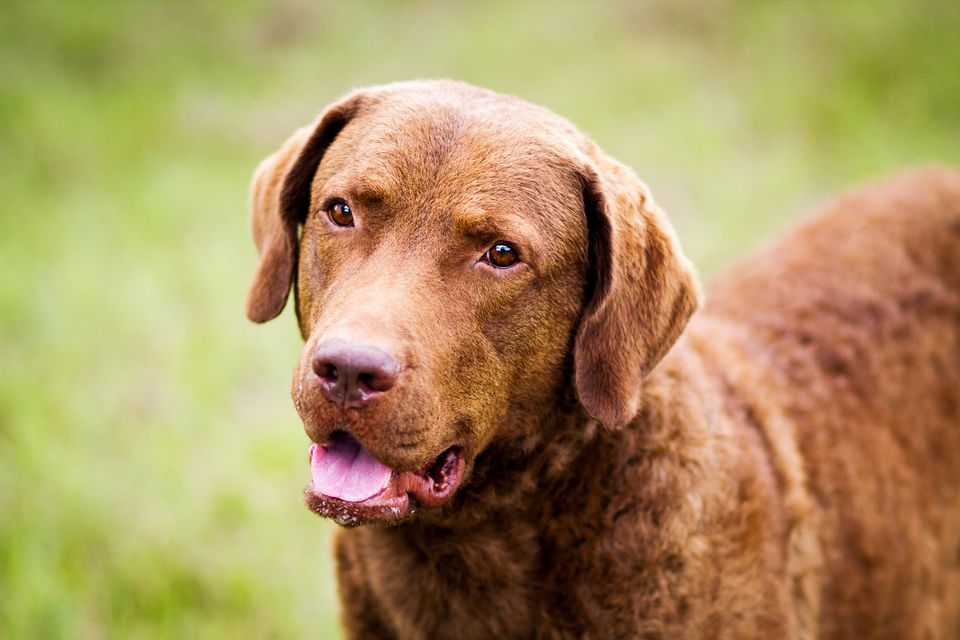 The Chesapeake Bay Retriever is a medium to large sized breed. They have a round head with a broad skull and medium stop between the eyes. Their muzzle is straight and thin, their forelegs are strong and straight, and they have small ears that are set on high. The hind legs of the Chesapeake Bay Retriever are particularly strong with web.  This breed is also known for its large and powerful chest, used to break apart ice.

Chessies are strong, powerful dogs. They stand at about 21 to 26 inches at the shoulder, and they weigh up to 80 pounds. They come in chocolatey brown, sedge or deadgrass colors with coats that are oily to the touch. The distinctive trait of Chessies is wavy coats that complement their yellow-amber eyes.

The Chesapeake Bay Retriever is a hardy dog that can handle plunges into icy water, and he loves to swim and retrieve. He is calm inside but tends to be independent. The Chessie tends to be protective of his family and can be aggressive toward strange dogs if challenged and also strangers that comes visiting. 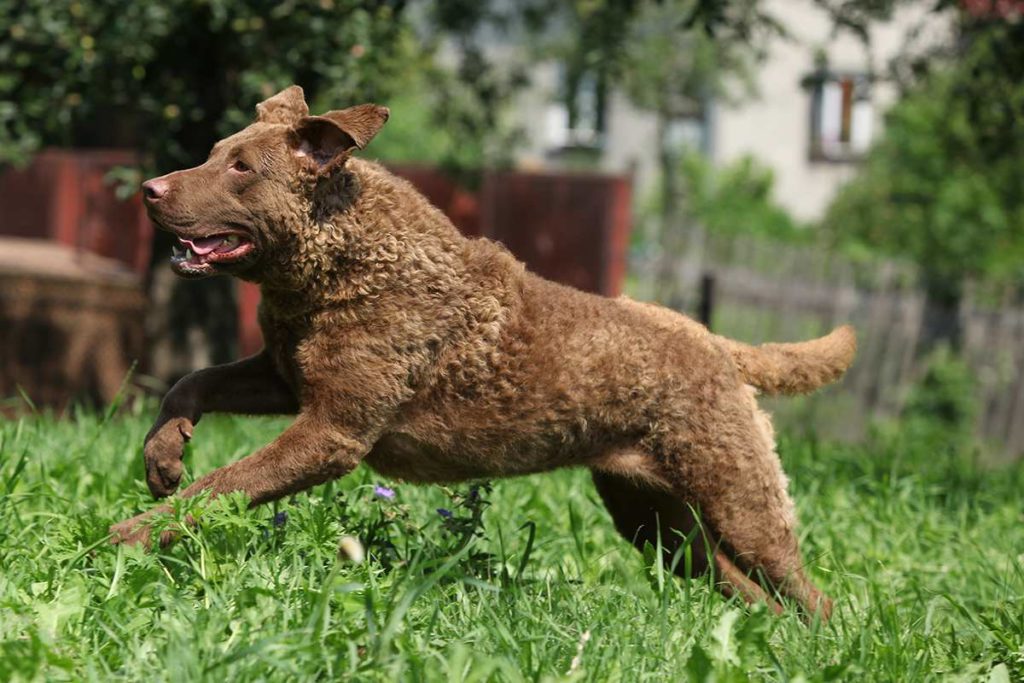 Chesapeake Bay Retrievers are high-energy dogs. They love to run and swim and hunt and need plenty of exercise. Obedience training is a must for Chesapeakes. Young puppies should start puppy obedience classes early on in their lives so they can learn social skills and canine behavior with other dogs. 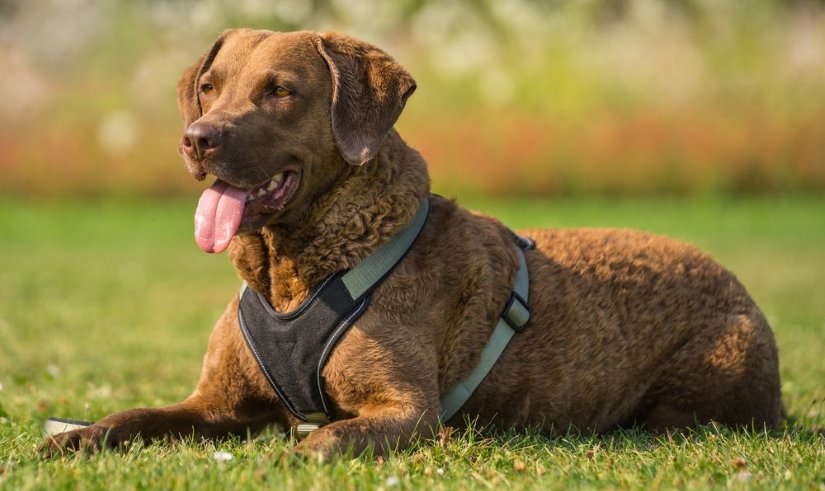 This is a short-haired breed known for its soft undercoat and harsh outer coat. The Chesapeake Bay Retriever does shed, so brushing it about once a week will help keep the dead hair on your floor to a minimum. However, they don’t require much grooming or bathing.

Many types of dogs are prone to hip dysplasia. Chesapeakes are not immune to this condition but it is not the only hereditary disease that can affect them such as gastric torsion. They live an average life span of 10-13 years.