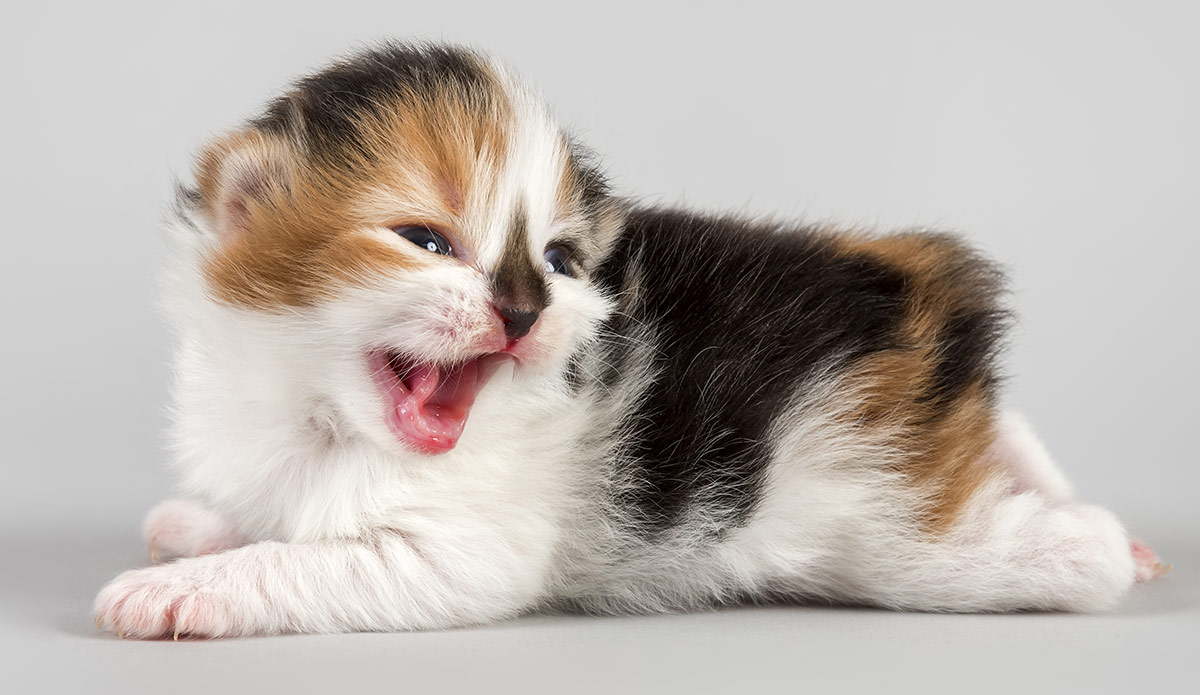 These tailless cats, known as Cymric, are the product of a natural genetic mutation that was exacerbated by their remote position on the Isle of Man, off the coast of the United Kingdom. Though the breed is not related to Wales, the name derives from Cymru, the original Welsh name for Wales. It is possible that the name was given in an attempt to give the breed a Celtic-sounding moniker.

The Isle of Man gave birth to the breed’s Manx ancestry, though Canada claims to have produced the long-haired version. The Longhair Manx is the name of the breed. Given the island’s restricted environment and small gene pool, the dominant gene that determined the cats’ lack of tails, as well as the gene for long hair, was easily handed down from generation to generation. 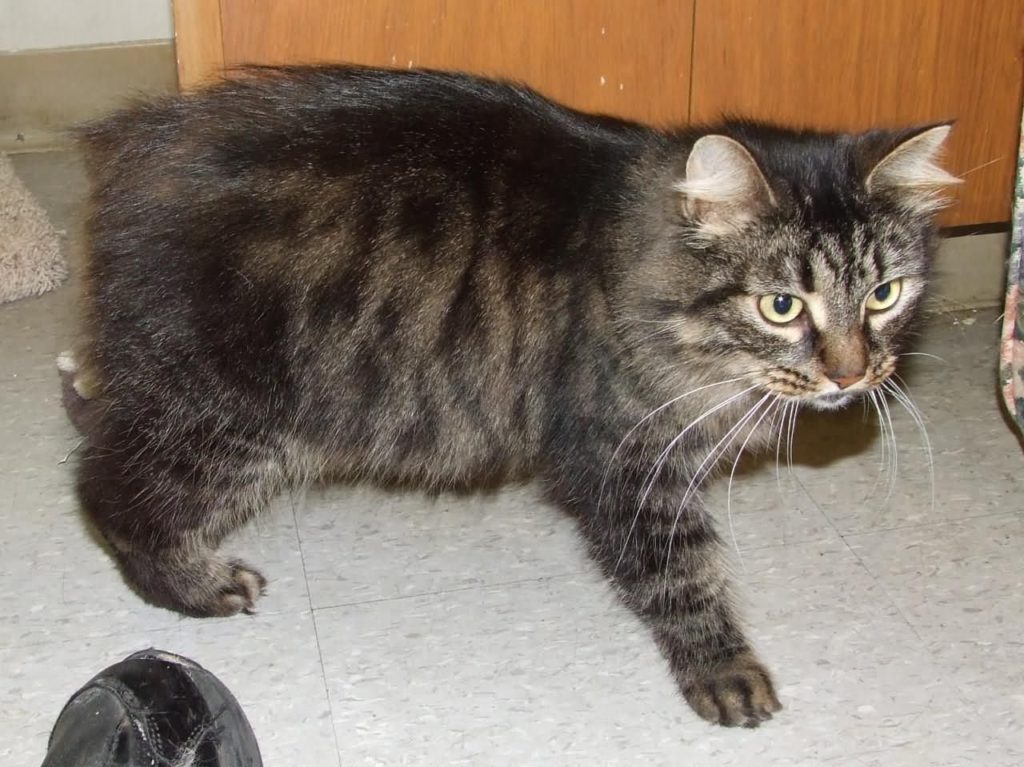 This marked the beginning of Cymric’s rise in prominence. It took several years for cat organizations to acknowledge the Cymric as a distinct breed. The Manx was identified in the 1920s, but the Cymric was not until the 1960s that it was presented, and it was not until the mid-1970s that it began to gain popularity.

Although it’s unclear whether they were born there or arrived on a ship and then disseminated their genes throughout the island cat population. Because of the island’s reputation for tailless cats, the breed was given the moniker Manx. Manx cats have also been found in early American cat registry records.

During this time, the character’s name was changed from Longhaired Manx to Cymric. Blair Wright and Leslie Falteisek, pioneer Cymric breeders, adopted the word since it is the Welsh name for Wales. Because of the Manx gene, the Cymric and the Manx are two of the most difficult to breed.

The cat should have the entire look of a medium-sized, compact, muscular cat. The Cymric has a round head with a solid nose and prominent cheeks, short front legs, a short back with a smooth continuous arch from the shoulders to the round rump, and weighs between seven and thirteen pounds.

Cymrics have huge, full eyes and ears that are spaced widely. The hair of a Cymric, unlike that of the parent Manx breed, is medium-long, dense, and well-padded over the main body, adding to the spherical appearance. The Cymric accepts all colors and patterns that are acceptable for the Manx. 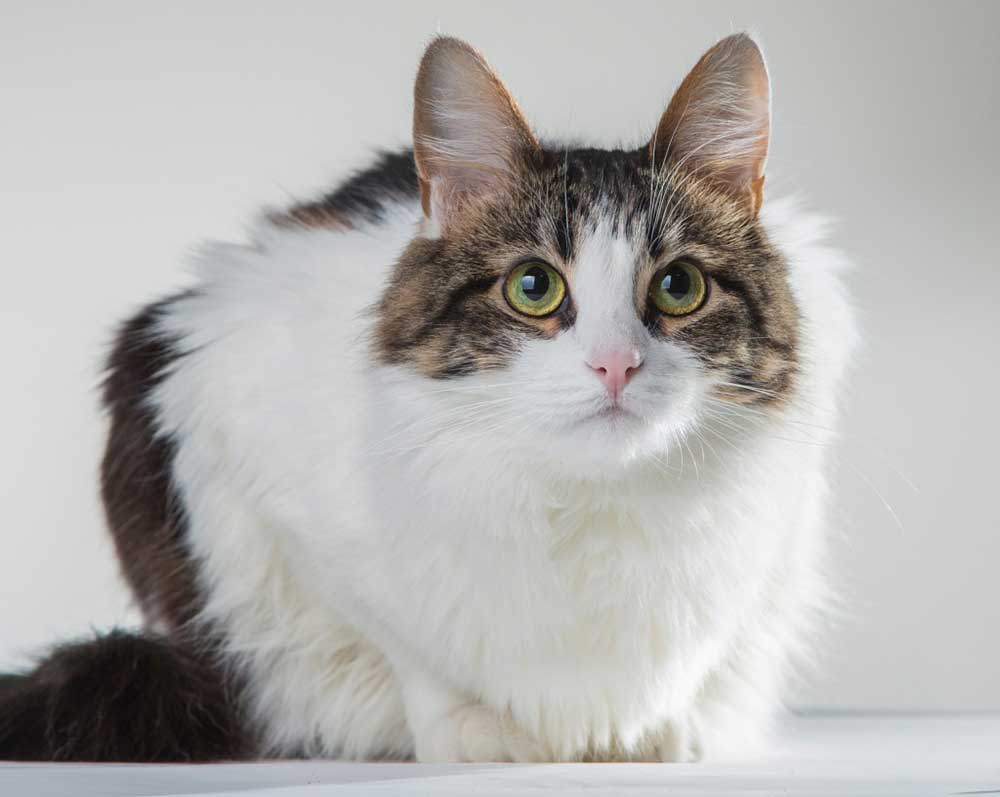 The color of the coat affects the texture. Because of the open outer coat and thick close undercoat, the coat should be well-padded. Changes in coat length and texture are permitted throughout the year.

Cymrics are clever, sociable cats who get along well with other animals, even dogs. Cymrics are known for their devotion to their human companions and like spending time with them. As far as cats are concerned, they are simple to train. They are peaceful and nonaggressive, despite their lively nature. The Cymric is a fantastic choice for families with children because of its playful yet approachable personality. They are strong jumpers who, if determined enough, can breach even the most secure shelf. Water fascinates them as well. 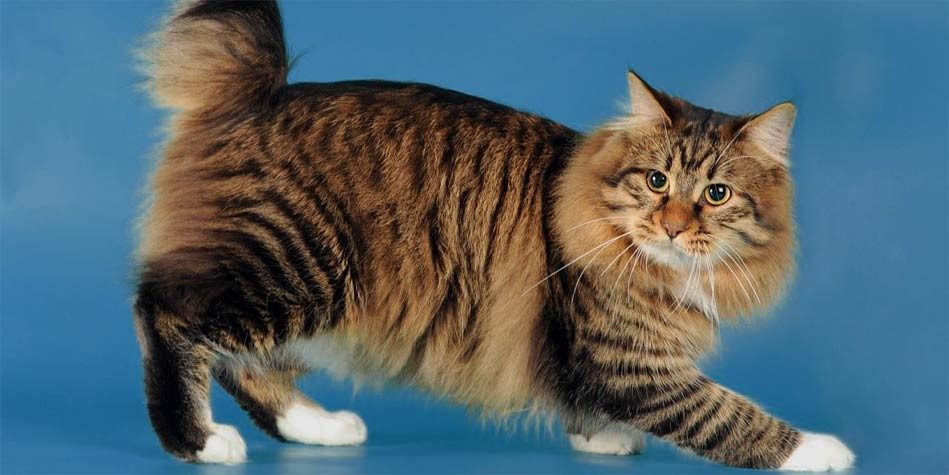 Cymrics are generally healthy, but they have been known to contract the following diseases: Manx syndrome is a cluster of congenital malformations that might include a short spine, urinary tract anomalies, and bowel and digestion issues. Corneal dystrophy, or cloudiness, appears in kittens at the age of four months, and Arthritis of the Tailbone in cats with partial tails. Brushing or combing the cat’s coat a couple of times a week to eliminate dead hair is all that is required.