Dog asthma is an allergic condition caused by irritants. Dogs with this disease have a narrow airway, which causes the dog to cough and breathe rapidly. In most cases, it occurs in middle-aged dogs and some young dogs. Small dogs are usually more likely to develop allergies than big dogs.

Dog asthma is a respiratory disorder that does not have any specific symptoms. Most dogs with it will show signs of coughing and sneezing, which are caused by the dog’s airways contracting and becoming inflamed due to an allergic reaction. This can happen after the dog has been exposed to airborne irritants such as exhaust gas, cigarette smoke, house dust. Asthma is not a disease in itself and is not infectious. Most dogs have this due to an allergic reaction in the dog’s airways triggered by some airborne pollutants.

When a dog with allergies is exposed to these irritants, the immune system reacts by developing antibodies that overreact to the substances. The next time the allergen enters the body, the dog will experience itching and an overactive immune response.

Dog asthma may be the result of an allergic response to pollen, grass, smoke, aerosol sprays, and many other inhaled compounds. Some additional allergens that cause dog asthma include: Dust mites, mold spores, and cat litter dust are common allergens in the home. Pollen, household cleaners, and air fresheners can also affect people with allergies. Homeowners can reduce these allergens by using a vacuum cleaner that has a HEPA (High-Efficiency Particulate Air) filter to remove dust and other small particles from carpets. Airborne pesticides, fertilizer, cigarettes, Air pollution can all cause allergy reactions.

Symptoms of Asthma in Dog

In most cases, a cough is not accompanied by other symptoms. However, it can be triggered or worsened by certain factors such as exercise or excitement. In some cases, the coughing may lead to gagging and retching. Wheezing is a symptom of lung disease in which the airways become narrower and reduce oxygen flow to the lungs.

Some complications of this disease in your dog may cause the lungs to become hyper-inflated, pulling down the stomach of the pet. This problem leads to a feeling of fullness even though the pet hasn’t consumed enough food. This is risky since it will lead to inadequate feeding, this may trigger the asthmatic effect in your dog. 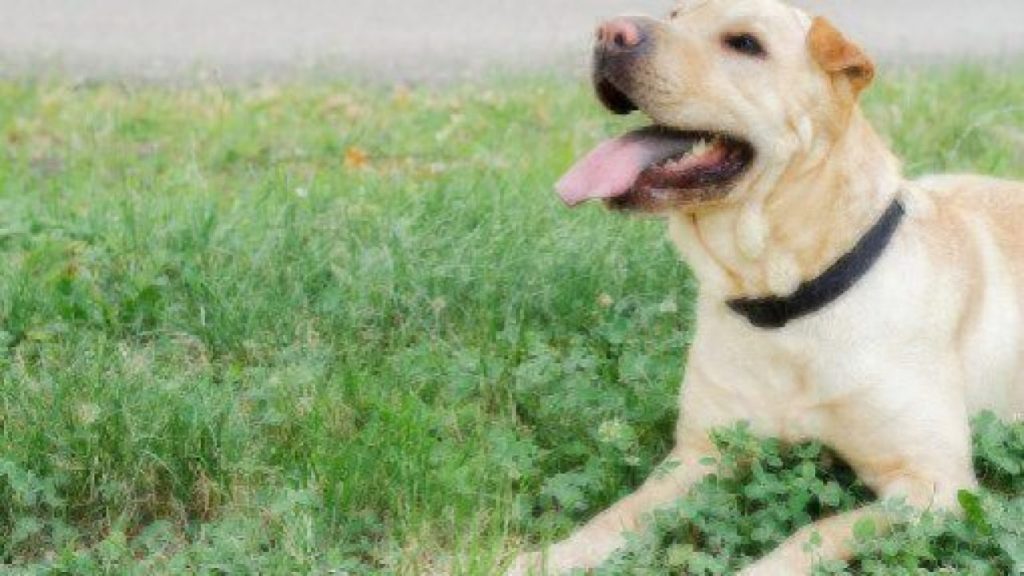 Pet owners should be aware that pets may suffer from a lack of oxygen if their cage is kept in a poorly ventilated area or if the pet has developed respiratory problems. This may lead to lethargy, intolerance towards exercise, and uncharacteristic laziness.

Bluegum is a symptom of an asthma attack in dogs that can lead to death if not treated properly. If your pet has other signs of asthma, it’s important to check their gums frequently for any bluish tint on them. An asthmatic dog can experience panic and become difficult to calm down.

Dog asthma is commonly diagnosed by a combination of the symptoms you report and X-rays. When your dog is not having an asthma attack, the X-rays will come back as normal and need to be re-performed in the future.

Treatment of Asthma in your Dog

When your dog is suffering from an asthma attack, there are several ways to treat your dog’s condition. If the attack is mild, you can give him a decongestant to help loosen his airways and make breathing easier. If the attack is more severe, you should use medications that open up his airways. 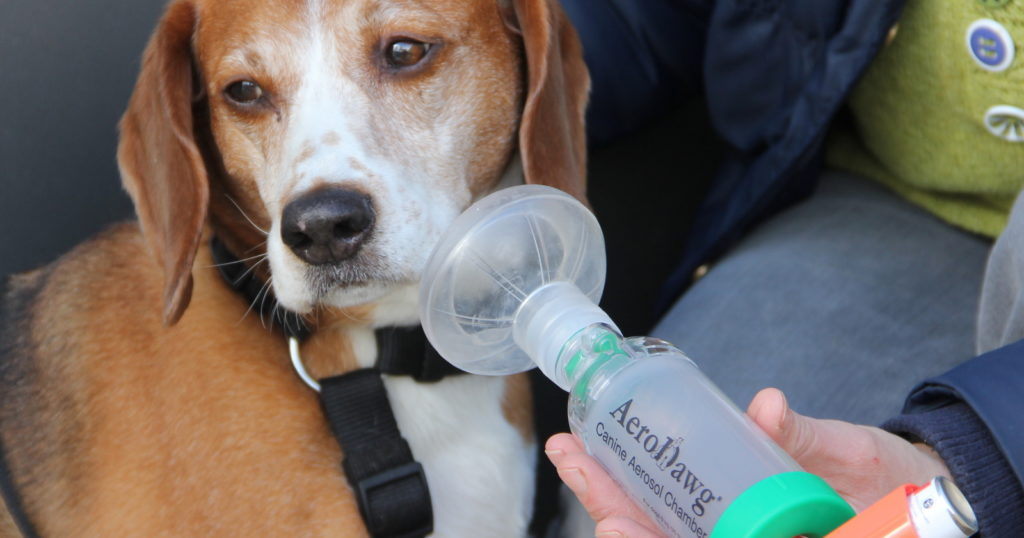 Common treatments for asthma in dogs include the use of two classes of medications: bronchodilators and corticosteroids. Bronchodilators are meant to open up the airways by relaxing the muscles around the airway walls, while steroids help boost the immune system, control weight, and reduce stress.