This breed began in 1987 when cat breeder Elena Kovaleva discovered a hairless cat in a Russian city. Varvara was the name she gave to a blue tortoiseshell kitten she had saved. The cat’s hair began to fall out around the age of four months. The Donskoy cat, commonly known as the Don Sphynx or Russian Hairless cat, is a Russian hairless cat breed.

It is unrelated to the more well-known Sphynx cat, also known as the Canadian Hairless, which has a recessive mutation in the keratin 71 gene that causes hairlessness. The hairlessness of the Donskoy is produced by a dominant mutation. Varvara had a litter of kittens after mating with a local tomcat; these kittens were the Donskoy breed’s starting stock and were eventually outcrossed with European Shorthair cats.

Irina Nemikina saved one of the kittens and started a breeding program; the hairless coats persisted in consecutive litters, and it was hypothesized that the coats were caused by a gene. Nemikina’s efforts resulted in the creation of a new cat breed, which she named Don Sphynx — Don after the nearby Don River, and Sphynx for the cats’ appearance and lack of fur. 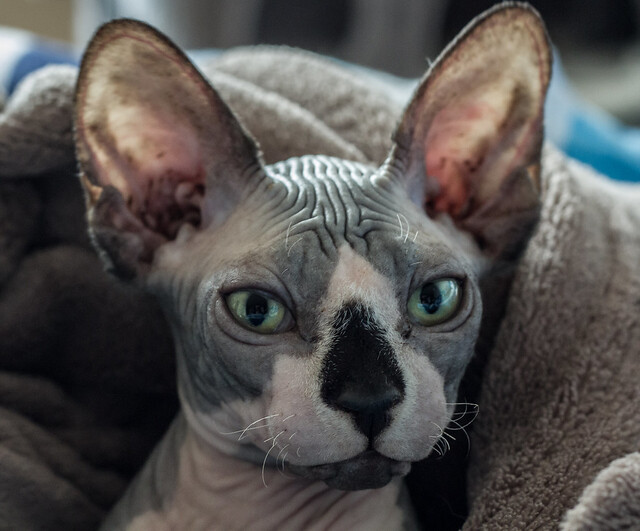 Varvara began to lose her hair after a few months, and Kovaleva tried a variety of therapies on her kitten’s skin (to no avail). The kittens that had hair ultimately started to lose it, leading many to conclude that their hair loss was due to an illness. People encouraged Kovaleva to get rid of the cats because they were not like the breed te were used to.

The World Cat Federation (WCF) and The International Cat Association (TICA) originally recognized the Donskoy in 1997 and 2005, respectively. The cat is described as being medium-sized and muscular, with huge ears, almond-shaped eyes, and distinguishing long, webbed toes, according to the standard of points.

Despite their lack of coats, they require constant grooming. Excessive bathing can make the skin exceedingly greasy. The Donskoy cat was also instrumental in the development of another hairless breed, the Peterbald cat, which was developed by crossing Donskoy and Oriental Shorthair cats.

The Donskoy is a strong, medium-sized cat with little or no hair and wrinkled skin that looks like human skin. Their ears are huge, their toes are lengthy and webbed, and their eyes are almond-shaped. Their heads are wedge-shaped and the eyes can come in a range of hues. The height is approximately 11 to 12 inches, and the weight is approximately 6 to 12 pounds. 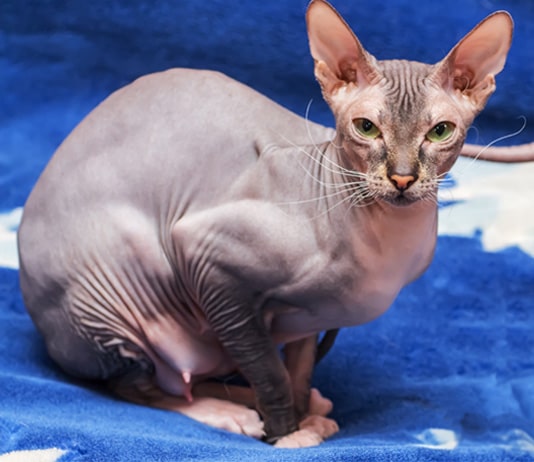 The Donskoy cat is intelligent and friendly. They have affectionate and gregarious personalities, as well as being inquisitive and enjoying being around people and other pets. They’re also good pets for allergy sufferers because they don’t shed much hair or dander; however, they’ll need consistent temperatures indoors all year. 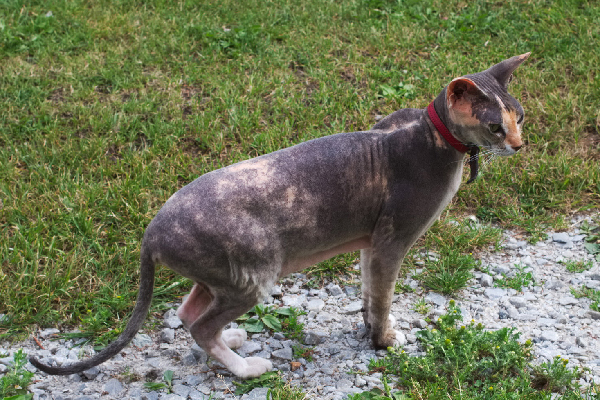 Donskoys make excellent pets and are simple to train to respond to voice commands; however, they are not suitable for households where they will be left alone for long periods of time because they require a lot of attention and interaction with their owners. They lack hair and are unable to acclimate to temperature extremes due to their lack of hair.

Donskoys possess particular maintenance requirements. They won’t need to be combed, but Donskoy owners should wipe off their cats on a daily basis if at all possible, as their bodies create oils but lack the hair to absorb them. Bathing and daily wipe-downs will help these cats avoid skin problems. These cats can develop a winter coat, which appears on their chest and tail, and then shed it once the weather warms up.

In its homozygous form, the dominant genetic mutation that causes hairlessness in Donskoys could induce feline ectodermal dysplasia, which can produce problems including poor teeth and impaired lactate or sweating ability. With a life expectancy of 12 to 15 years, they are susceptible to sunburn.