In the 19th century, England was the origin of the Field Spaniel. For a long time it was thought to be a variation of the English Cocker Spaniel. In the 20th century, the difference in weight between them caused them to be considered separate breeds.

In the late 1800s, Field Spaniels were bred from Cocker Spaniels, Sussex Spaniels, and English Water Spaniels. They were initially required to be black. It was not until after they became recognized as a separate breed that the Field Spaniel showed signs of exaggeration. The infusion of Sussex Spaniel blood led to dogs with excessive length, overly heavy bones.

In the late 1940s, crosses were made with English Springer Spaniels to recreate the original Field Spaniel. The modern Spaniel dog is a beautiful replica of its former self and is still a great hunter. All modern Field Spaniels can be traced back to four dogs from the 1950s: Ronayne Regal, Gormac Teal, Colombina of Teffont, and Elmbury Morwena of Rhiwlas.

This breed of Spaniel was essentially extinct in America for much of the 20th century. The breed was reintroduced into America in the late 1960s and remains among the rarest of breeds in America.

The Field Spaniel is a combination of beauty, utility, and stamina. They have an alert face with wagging tails. Their coat is flat or slightly wavy and moderately long to protect them from thorns.

The Field Spaniel has a glossy black, liver or combination coat. It stands 17 to 18 inches at the shoulder and should present the picture of moderately proportioned hunting companions. The long, feathery ears frame a facial expression conveying gentle intelligence. Weight is between 16 to 23kg (35-50Ibs).

The Field Spaniel is a breed of dog. It is intelligent, independent, and devoted to its owners. The dog has a charming personality and is affectionate with its family. This breed is known for being easy to train and loving children.

The Field Spaniel is a strong, independent dog that is devoted and eager to please. He is always cheerful and affectionate with family and friends and he needs regular exercise. The dog needs a lot of attention from his owners and gets along very well with children. However, the breed tends to be reserved around strangers. 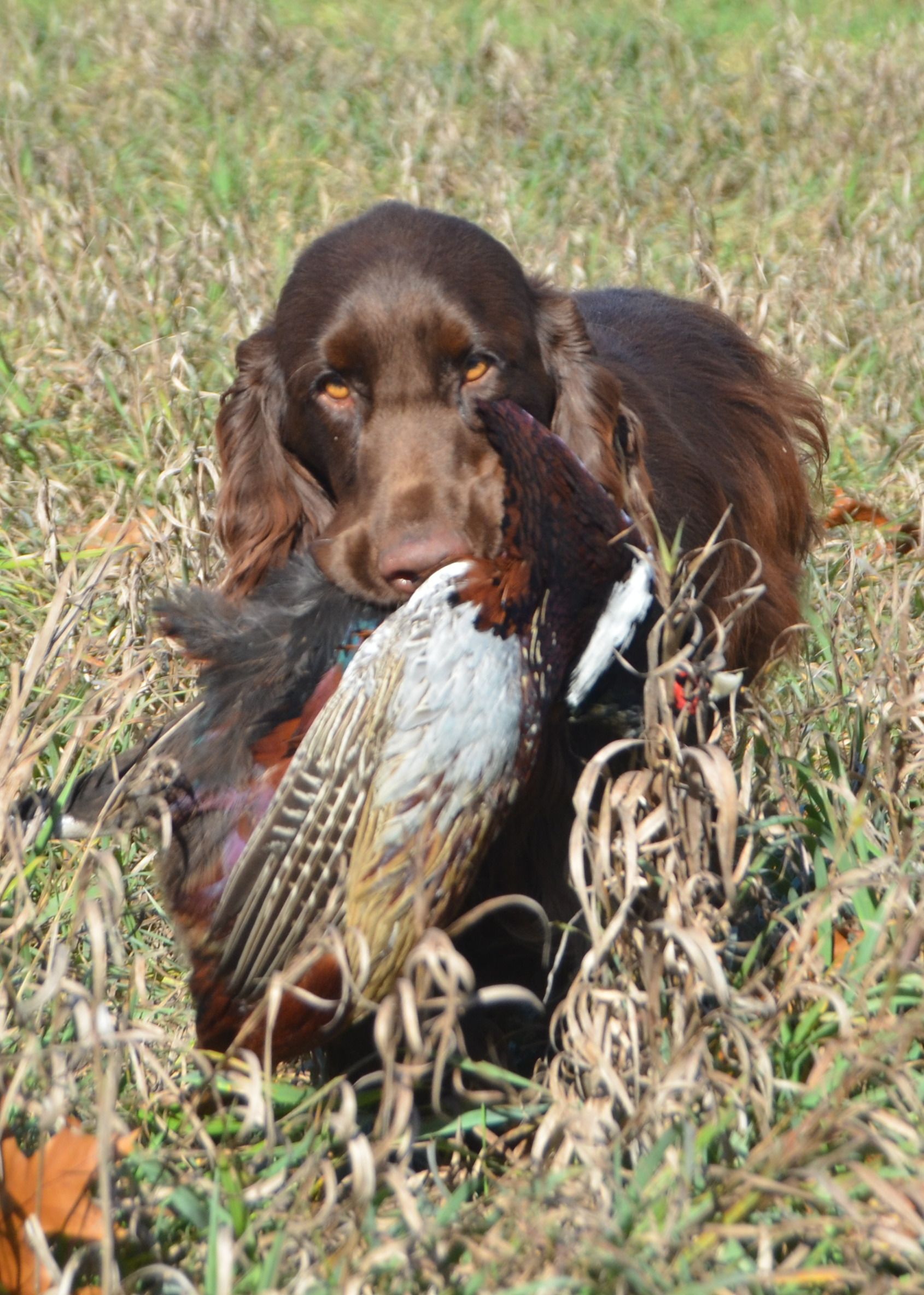 The Field Spaniel is a dog that really needs lots of exercise and it will be happiest when given the chance to run and explore. However, it can adapt easily to family life as long as you keep its nose busy with various games such as fetching, as well as making sure that you spend some quality time with it.

The field spaniel is a sensitive and docile dog, so it should be trained gently and without harsh methods. It’s also important to expose the dog to a variety of people, places and situations as it grows up. Early socialization is very important.

Long-legged walks will provide the exercise the dog needs and still keep it under your control.Grooming needs of this breed of dog  are minimal to moderate; brushing once or twice a week should be adequate to maintain the coat. Some can be somewhat sloppy, and some snore.

Several health conditions are common in the Field Spaniel breed. These include cataracts, retinal atrophy and retinal dysplasia. The average lifespan of a Field Spaniel is 12 to 14 years.