The Finnish Spitz is a dog breed originally bred to hunt all types of game from squirrels and other rodents to bears. It indicates the position of the game by barking and drawing the game animal’s attention to itself, making it easy for the hunter, which is a breed of dog originating in Finland.

It is believed that the Finnish Spitz developed from Spitz-type dogs that migrated to Finland 3,000 years ago from Russia. These woodsmen relied on their dogs for food, and the excellent hunting ability of the Finnish Spitz made it a favorite choice.

In the late 1800s, a Finnish sportsman named Hugo Roos was hunting in the northern forests. While there, he saw a pure native Finnish Spitz and realized its many virtues. He tried to revive the breed by selecting dogs that were untainted examples of the genuine Finnish Spitz.

The breed was named Finsk Spets in Finland but the name was changed to Finnish Spitz when it arrived in England. In the 1920s it became known as a Finkie after being imported into England.

The length of the body is measured from point of the shoulder or fore chest to the rump. Females are generally slightly longer than males, but both sexes should appear to be shorter in the leg than back.

The Finnish Spitz has a typical double coat. The outer coat should be stiffer, denser, and longer on the neck, back, back of thighs, and a plume of the tail, shorter on the head and legs. Male dogs should sport a slightly longer and coarser coat than female ones, who have a slightly more refined coat. The nose, lips, and rims of eyes should always be black. 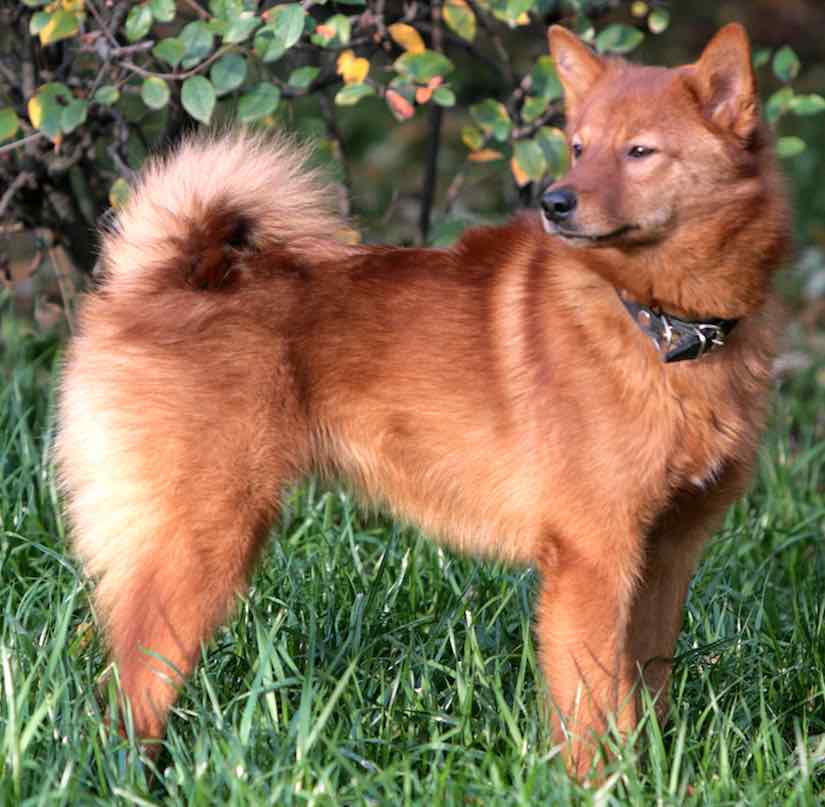 This breed is active, alert, and lively. They need to take a walk regularly and will be fairly inactive indoors. They need a balance of outdoor exercise and indoor playtime with the family. They are considered to interact well with people.

They are especially good with children ready to play with them but if ignored, they will usually walk away. The dog breed is a hunting dog that barks to alert its owners of prey such as people or animals that move quickly. 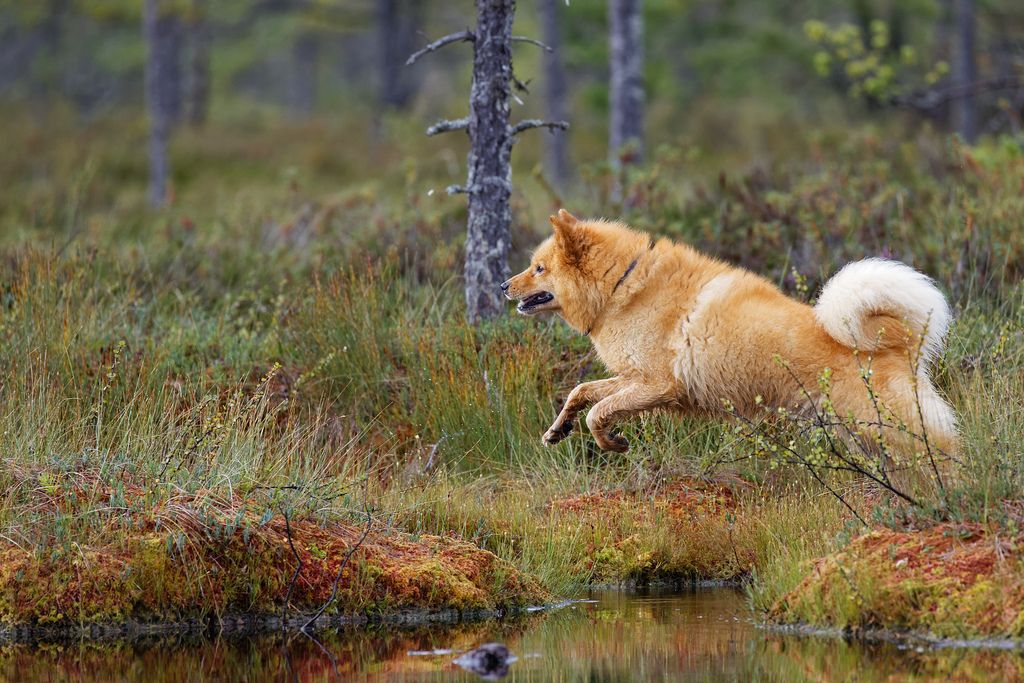 It can bark up to 160 times in one minute, making it an excellent hunting companion. The breed is particularly valued in Finland for this trait.

The Finnish Spitz is a very protective dog, and males tend to be more domineering than females. They will often get along well with other dogs in the house, although they are bred as a hunting dogs and thus may not be reliable around small animals or pet birds. On an individual basis, though, they may live well with cats if they have been raised.

Finnish Spitzes are independent, strong-willed dogs. They have a high level of intelligence and need to be trained with a soft voice and touch. This breed will not respond well to harsh training methods. Instead, it should be trained with a light touch. With patience and calm yet firm handling, the Finnish Spitz will be a good friend. Positive reinforcement techniques like treats will encourage the best behavior in these dogs.

Finnish spitz is a breed of dog that prefers colder climates. He sheds heavily and requires frequent brushing and combing to control the shedding. This dog needs plenty of exercise and probably is best suited to living in places where he can run, providing daily exercise either in a good-sized yard or with long walks or jogs. 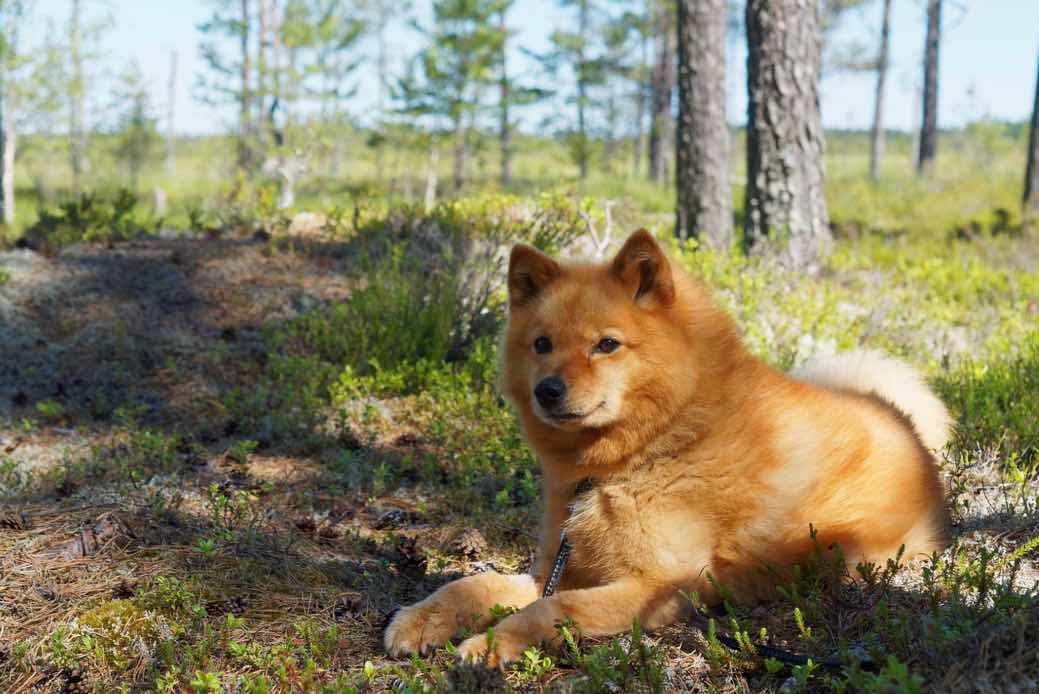 The Finnish Spitz is typically healthy, with few concerns. Some health concerns are elbow dysplasia, epilepsy, Hip dysplasia, diabetes. The average lifespan of this breed is 11-14 years. Epilepsy is more common in males than in females.