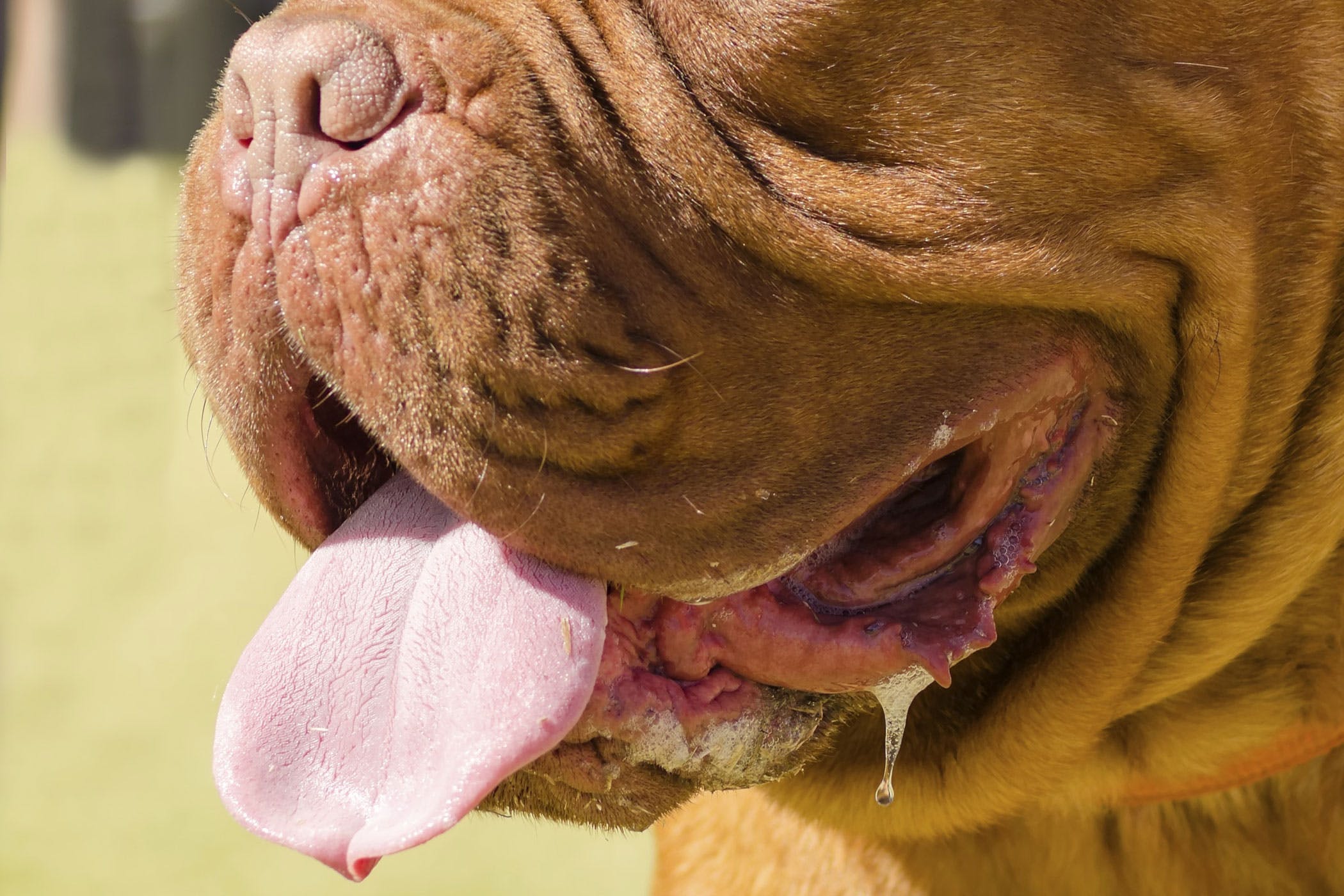 Gastric dilatation-volvulus is a life-threatening illness in dogs that necessitates immediate medical attention. It is widespread in specific breeds, with deep-tested types being particularly vulnerable. Even with therapy, dog fatality rates range from 10% to 60%. The mortality rate after the procedure is 15 to 33 percent. 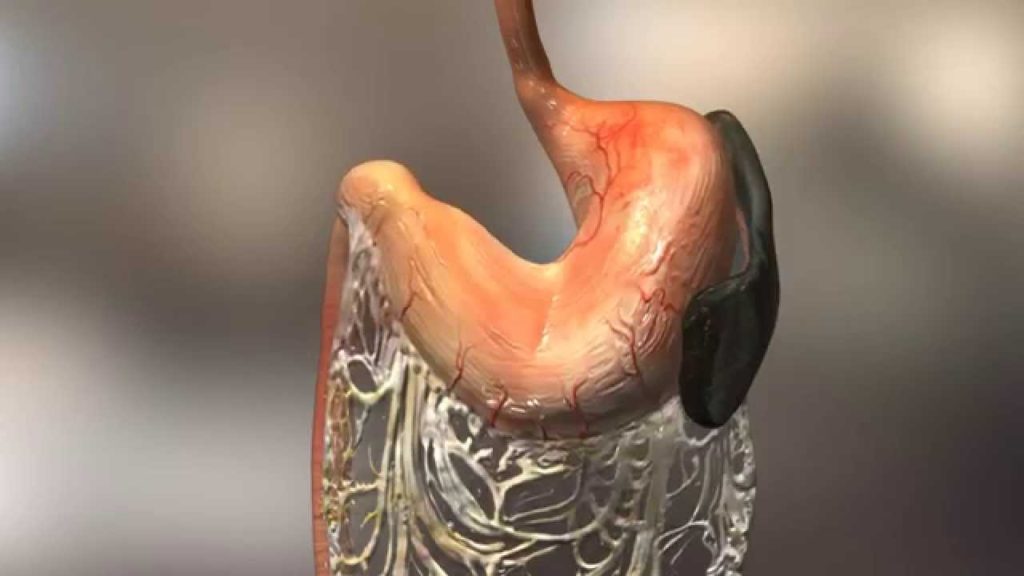 Deep-chested dogs are the most vulnerable to GDV. Great Danes, Weimaraners, St. Bernards, Gordon Setters, and Irish Setters are the five breeds most at risk. In fact, a Great Dane’s lifetime chance of developing GDV has been calculated to be around 37%. Irish Wolfhounds, German Shorthaired Pointers, German Shepherds, and Rhodesian Ridgebacks are also susceptible to this health condition. For dogs under 23 kg, the most dangerous breeds are Basset Hounds and Dachshunds.

Causes of Gastric Dilatation-Volvulus in Dog

Bloating is most likely caused by a combination of variables, including genetics, anatomy, and environment. Increased age, breed, having a deep and narrow chest, eating foods that expand in the stomach, overfeeding, drinking too much water in a short period of time before or after exercise, and other causes of gastrointestinal disease and distress are some of the more widely recognized factors for developing GDV. 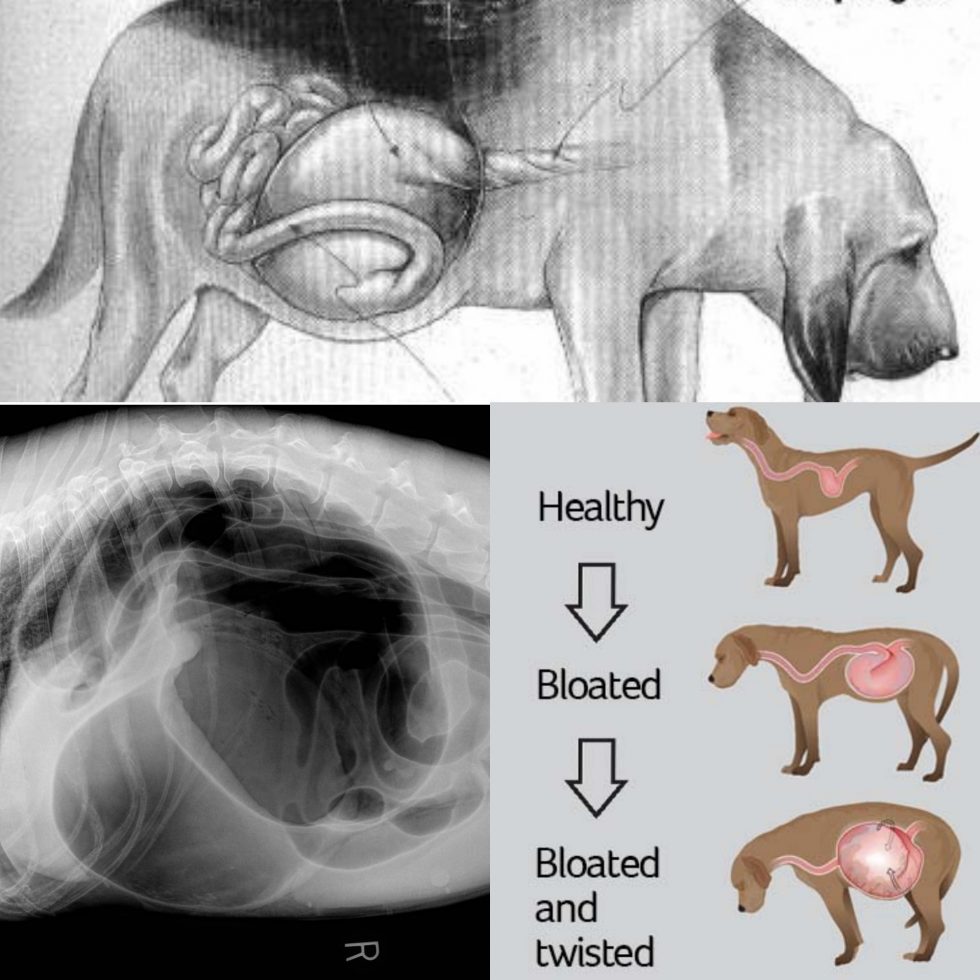 Bloat risk is lower in dogs whose owners believe them to be happy, and higher in dogs whose owners feel them be scared. This could be due to the physiological impacts of the dog’s personality on the gastrointestinal system’s function and motility. When dogs eat, raising the amount of food may actually raise the risk of GDV. GDV risk can also be increased by eating only once a day and eating food with particles smaller than thirty mm in size.

Symptoms can be difficult to distinguish from other types of discomfort. For no apparent reason, a dog may stand uncomfortably and appear to be in excruciating pain. Other signs and symptoms include abdominal distension, weakness, depression, difficulty breathing, hypersalivation, and retching without vomiting. Cardiac arrhythmias are common in dogs with gastric dilatation-volvulus. Symptoms of chronic gastric dilatation-volvulus in dogs include loss of appetite, vomiting, and calorie restriction.

Imaging techniques, such as abdominal x-rays, are one of the most common ways to diagnose Gastric Dilatation-Volvulus (GDV) in Dogs. Urine analysis and lactate substance concentrations in plasma are two more procedures that may be performed.

If GDV isn’t to blame, the patient’s symptoms could be caused by a bacterial infection, gastroenteritis which is a gastrointestinal tract infection that affects both the stomach and the small intestine), or “food bloat” from excess.

Radiographs (X-rays) reveal a stomach inflated with gas, which is normally obtained after decompression of the stomach if the dog is unstable.

Revitalization with intravenous fluid therapy, usually a combination of isotonic fluids and hypertonic saline or a colloidal solution like hetastarch, and emergency surgery are the most common treatments. To remove the gas, the stomach is first decompressed by a stomach tube, or if that is not possible, trocars can be delivered through the skin into the stomach, or trocars can be placed directly into the stomach after anesthesia to limit the risk of infection. The stomach is returned to its proper position during surgery, and the abdomen is inspected for any devitalized tissue. 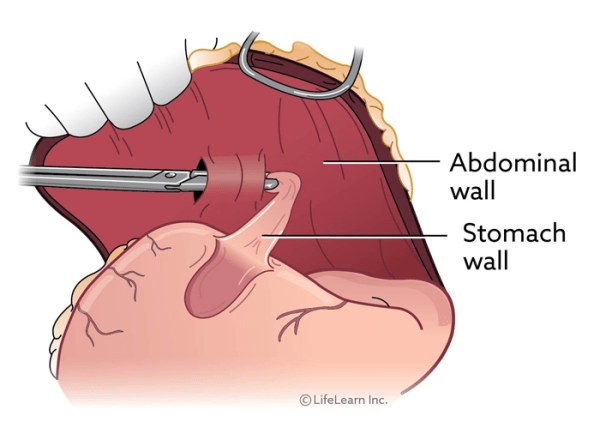 To lessen the risk, a right-side gastropexy is frequently performed at the same time as the bloat is treated surgically, which firmly binds the stomach wall to the body wall via a variety of methods to prevent it from twisting inside the abdominal cavity in the future. While dogs that have had gastropexies may still experience gas distension in the stomach, there is a dramatic decrease in the occurrence of gastric volvulus.

Feeding small meals throughout the day rather than one large meal and not exercising soon before or after a meal are two precautions that are likely to help prevent gastric dilatation-volvulus.

The most significant aspect of a good prognosis is prompt treatment. Negative prognostic indicators include a treatment delay of more than 6 hours or the presence of peritonitis, sepsis, hypotension, or disseminated intravascular coagulation.