Dogs, like people, are prone to digestive issues like indigestion, upset stomach, and other maladies that can develop gastroesophageal reflux disease (GERD). The uncontrollable reverse flow of gastric or intestinal fluids into the tube linking the neck and the stomach is known as gastroesophageal reflux. This could be related to chronic vomiting and a short relaxation of the muscular aperture at the base of the esophagus.

The fluids can harm the esophageal lining over time, producing irritation and discomfort. Gastroesophageal reflux is quite common in dogs, and it can affect them at any age, though younger dogs are more susceptible. 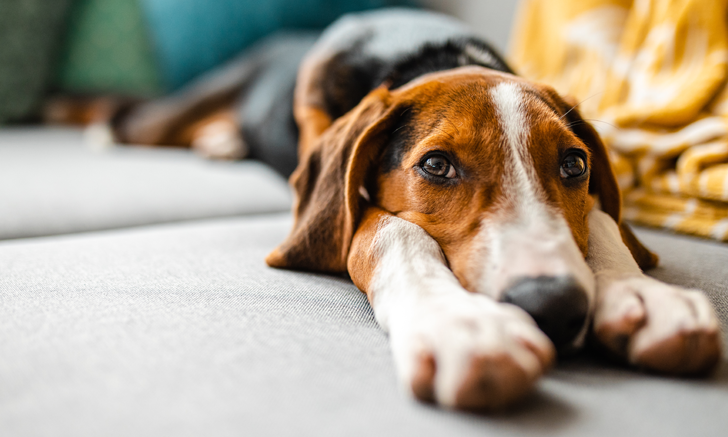 The drainage of stomach acid and intestinal fluids into the dog’s esophagus is known as gastroesophageal reflux disease (GERD) or acid reflux. The protective mucus lining the esophagus is damaged by gastric stomach acid, pepsin, bile salts, and other components of gastrointestinal juices. The esophagus may become inflamed as a result of this.

The cause of Gastroesophageal Reflux Disease

Gastroesophageal reflux disease (GERD) can induce esophagitis, which can cause varying degrees of damage. Minor esophagitis is characterized by mild inflammation of the esophageal lining, whereas ulcerative esophagitis damages the esophagus’ deeper layers. Symptoms include regurgitation, pain while eating, a lack of appetite, coughing smacking of the lips, panting, restlessness, and weight loss. 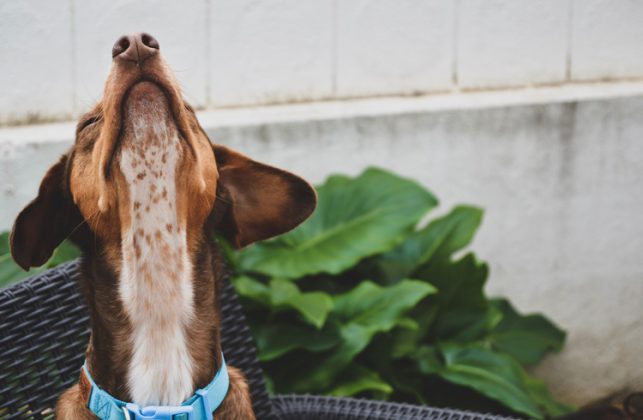 Gulping noises, loud stomach gurgling, or your dog constantly munching grass and vomiting it up are all possibilities. Heartburn symptoms in dogs might be modest, such as a desire to consume less dog food in the morning, and the condition can go unnoticed for a long period. Acid reflux in dogs is a painful illness caused by a variety of factors, including nutrition and food allergies.

A veterinarian is needed to properly diagnose heartburn or Gastroesophageal Reflux Disease. While we can make inferences based on the symptoms exhibited by the dog, if you believe your pet is suffering from GERD, you should get medical advice. A physical examination will typically begin the diagnosing process, looking for pain, blockages, or irregularities along your dog’s digestive tract.

This helps rule out a variety of other potential reasons for stomach discomfort. Finally, your veterinarian will likely perform an x-ray and ultrasound to rule out any disorders that may mimic GERD symptoms. An esophagoscopy, which employs an internal camera to observe the lining of the esophagus, is usually the best method of diagnosis. This is the most accurate approach to see if esophageal mucus changes are compatible with esophagitis caused by gastroesophageal reflux. An uneven surface in the mucus lining or active bleeding in the esophagus may also be discovered during the examination.

Consumption of a corrosive agent, a foreign body or tumor in the esophagus, a hernia in the upper portion of the stomach (hiatal hernia), a disorder of the throat or mouth, or a condition in which the muscles of the esophagus do not function properly in pushing food into the stomach are all possible diagnoses.

Due to the obvious characteristics of heartburn in dogs, there seem to be healthy, supplemental cures and treatments that can alleviate your dog’s discomfort. It’s also critical to make the necessary dietary modifications. Many pet digestive problems are caused by the foods that your pet consumes.

Antacids relieve heartburn and acid reflux temporarily, but the true issue is poor metabolism caused by food intolerances. This is why a thorough examination of your dog’s nutrition is an essential component of any therapy for dog acid reflux. Many dogs with heartburn and acid reflux find that eating a hypoallergenic, high-moisture meal with meat protein as the first ingredient improves their symptoms.

Dogs suffering from acid reflux may benefit from eating numerous small meals scattered throughout the day to aid digestion. Larger meals might place too much strain on the stomach and gastrointestinal tract, which can induce acid reflux.

Medications are another possibility. Gastrointestinal pro-kinetic drugs help the stomach contents move more easily through the intestines while simultaneously strengthening the gastroesophageal sphincter. A change in diet is recommended regardless of any medications. Acid reflux can be worse by high-fat foods. The greatest way to avoid heart disease is to eat a healthy, low-fat diet.