The German Longhaired Pointer (GLP) was developed in Germany as a pointer. The breed first appeared in the late 19th century, and was originally a slow dog. It was crossed with setters and English Pointers to improve speed, and the breed standard was written in 1878.

The German Longhaired Pointer is one of the most versatile of all dogs. This is because it has a number of bloodlines, including those from birds, hawks and water dogs. The breed was originally used to hunt by point, but is now more commonly used for hunting with its nose. It can be traced back to the Point Spaniel. 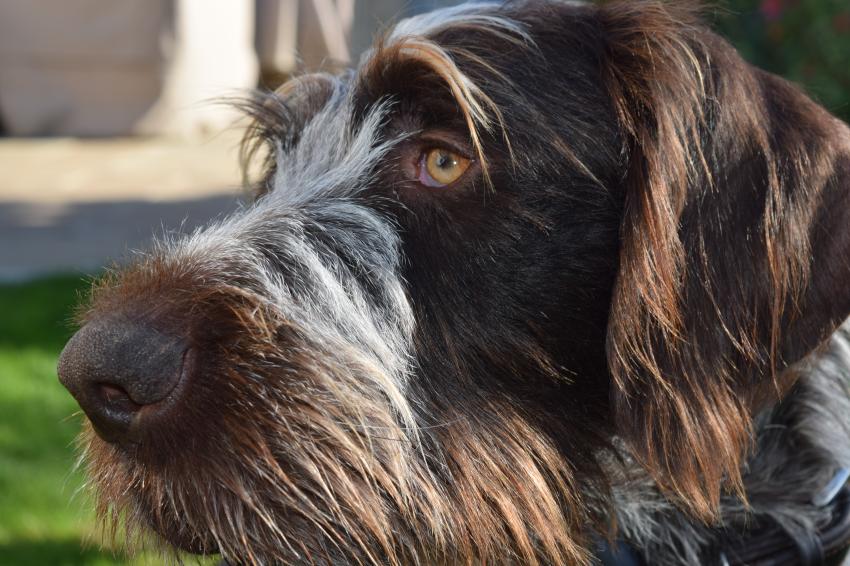 In the early days of this breed, Longhaired pointers were too slow to be used as hunting dogs. In order to improve their speed, they were crossed with English Pointers and Setters in the 19th century. However, these dogs remained stubborn and temperamental, so additional crossings were performed to improve their temperament. The result was a friendly dog that brings a remarkable change.

The German Longhaired Pointer is a medium- to large-sized breed of dog, standing 23 to 28 inches tall and weighing 55 to 80 pounds. It has moderate bone, but it has substance. The strides should be long and free with strong drive from the hindquarters and good reach from the front. They have webbed feet, muscular, elegant, and athletic. 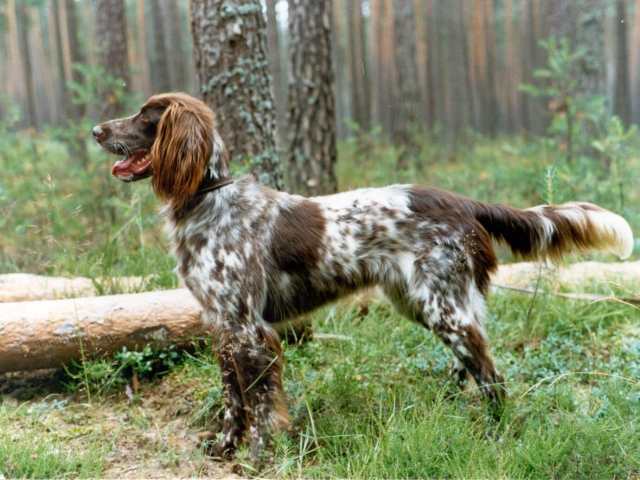 German Longhaired Pointer is a dog that has full tail and a long coat with dense guard hairs and a moderate undercoat. It’s affection for swimming makes it an ideal dog to hunt waterfowls.

The coat of the German Longhaired Pointer is medium length, about 2 inches thick on the body. It always has a double coat, with an undercoat that is dense but not so profuse as to make the guard hairs stand out from the body. The color is solid brown with white on the chest, paws, and down the top of the muzzle or dark brown roan that has large patches of solid brown on the head, back ears also at the base of the tail.

The German Longhaired Pointer is a breed that is very gentle, kind, and friendly. They are intelligent and adapt well to training. They occasionally experience separation anxiety. When they are not working or playing they can adapt to a sedentary life. However, regular exercise is necessary for the GLP as it needs something to do (it does not like to be inactive because they are social pet). 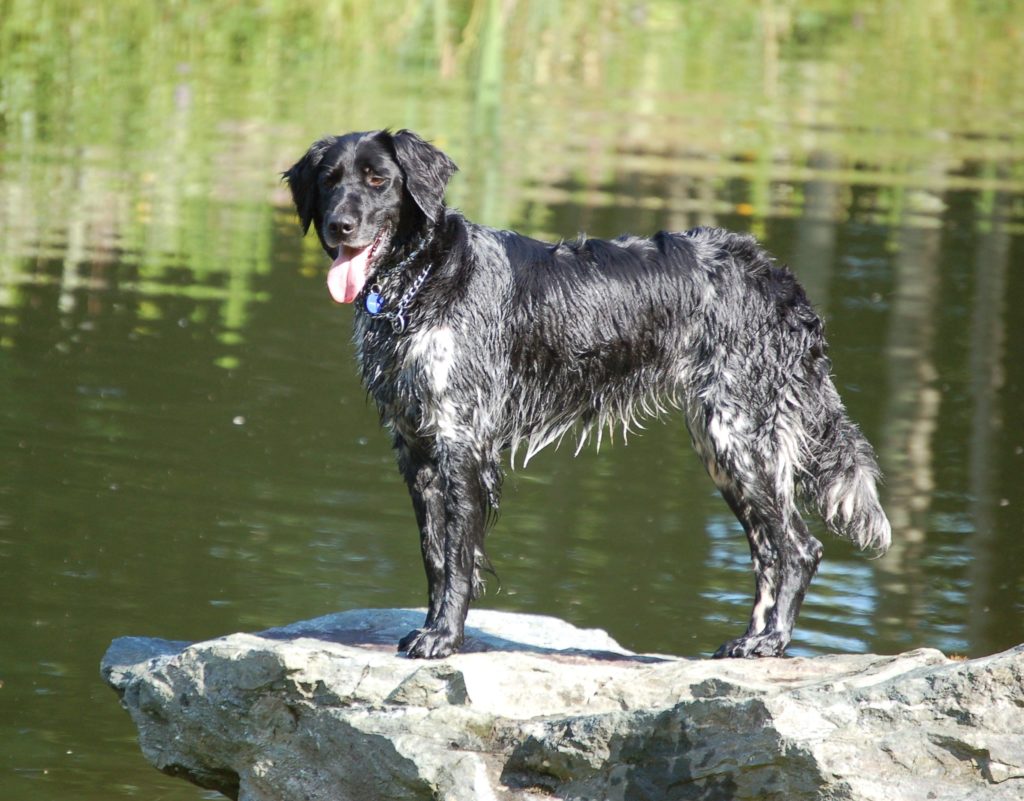 German Longhaired Pointers are an intelligent, eager to please breed of dog. They respond very well to training and can be trained for dog sports like agility, obedience or rally. This breed requires a great deal of exercise due to their high energy level. These dogs are very trainable and will make excellent companions if you give them the attention they need.

However, this breed requires a firm hand in training to prevent any stubborn tendencies that may still be lingering. This dog does well with positive reinforcement training and responds well to children as well as other dogs. Longhairs do very well around cats and other household pets, so long as he isn’t left alone with them too much. 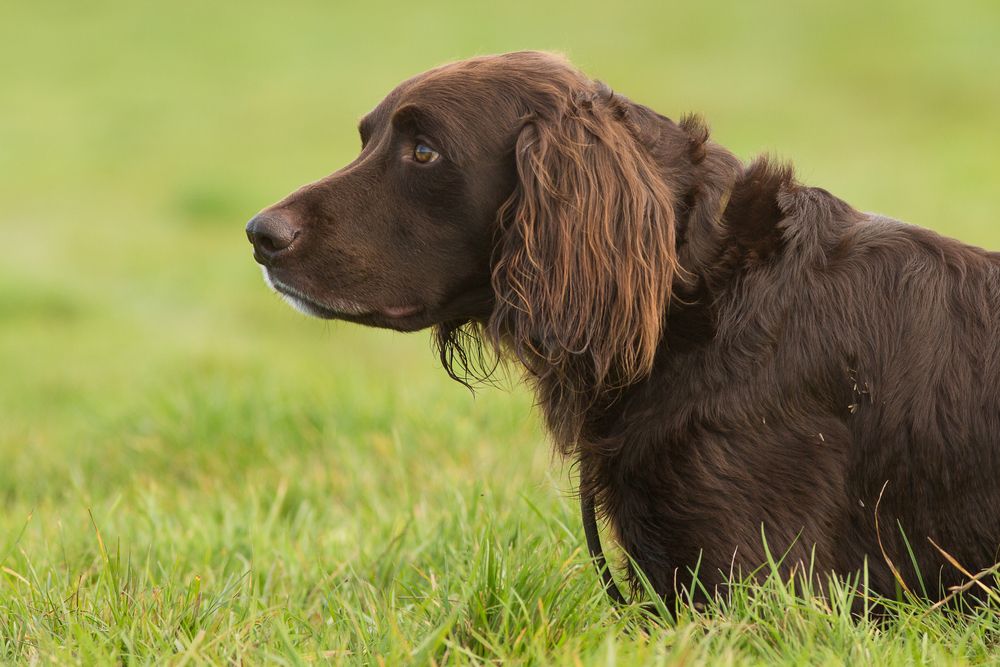 The German Longhair is very active and needs to be taken for walks or runs. It also enjoys swimming, hiking, and other outdoor activities. Their coats need to be brushed once or twice a week if they are being shown. If not, their coats still require some grooming about once every two weeks.