The German Rex Cat Breed Information – Two German Rex kittens from a 1957 litter of four, descendants of Lämmchen and the straight-coated son Fridolin she had with a stray black tom Blackie acquired by Scheuer-Karpin, were the first two German Rex purposefully bred. On December 19, 1967, Lämmchen passed away. She left a large number of Rex and crossbred progeny, the last of whom was born in 1962, and the majority of whom were used to enhance other breeds, such as the Cornish Rex, which had skin problems due to being descended from genetically impoverished thoroughbred blood.

The lineage was saved in 1968 thanks to the efforts of the GDR cattery vom Grund, which purchased the last three Rex descendants of Lämmchen that were not sold overseas and supplemented the lineage with European Shorthair and mixed-breeds. 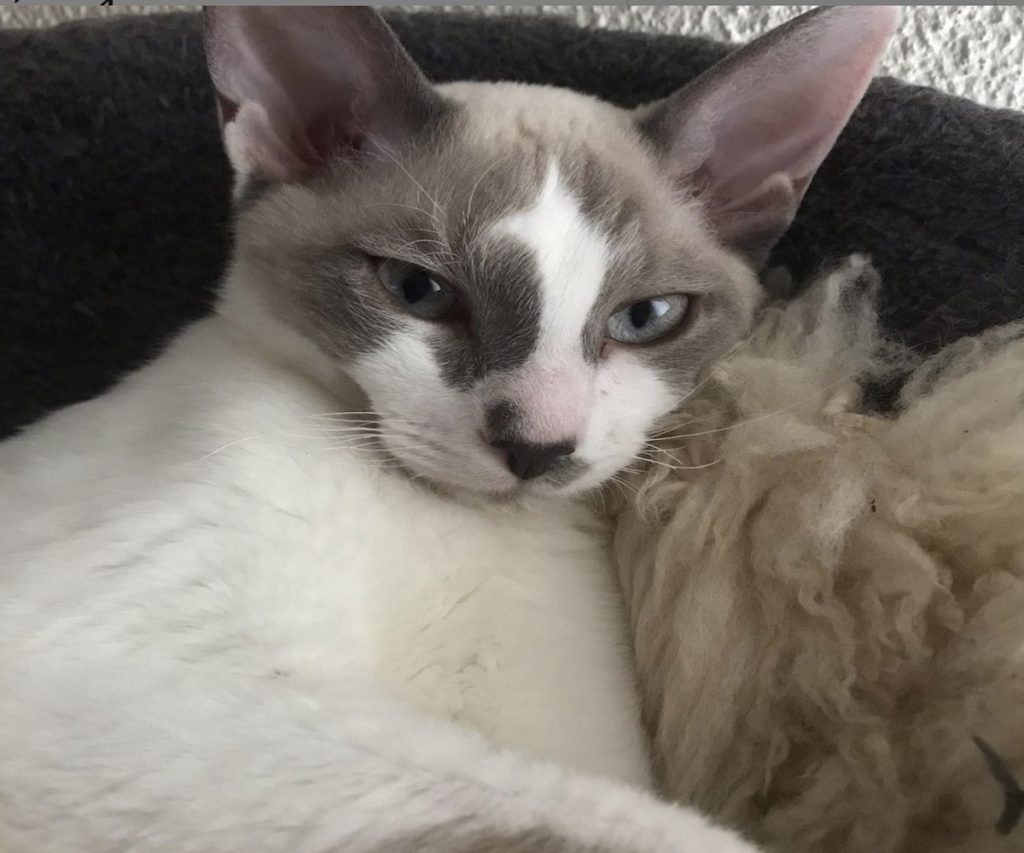 Kater Munk, a cat born in 1931 in a village near Königsberg, German Reich (today’s Kaliningrad, Russia), was an early Rex-type cat from Germany. One other curly cat in the litter was castrated at a young age. Munk’s genes were widely disseminated throughout the village’s cats until his death in 1945. Kater Munk was not linked to the German Rex breed and was never bred, according to German Rex researchers. The Schneiders admired the robust tom with a passion for catching fish from the family’s garden pond for himself, not for his curly coat.

In the late 1950s, another Rex cat was discovered in Berlin-Buch. Schnurzel, a tom, subsequently assisted to German Rex breeding; it is unknown how he was related to Lämmchen, but he was most likely her grandson, as Scheuer-Karpin would let her cats roam freely over Buch’s gardens and forests. Even now, the genetic remnant of Lämmchen, if not Munk, may be found in the Berlin area, albeit it is almost certainly unrelated to Lämmchen. His descendants may, however, have led to the modern German Rex bloodline.

The German Rex Cat Breed is a medium-sized cat with medium-length thin legs. The head is round, with broad, open ears and well-developed cheeks. The eyes are medium in size and have colors that match the coat color. The coat is soft and short, and it curls easily. The whiskers curl as well, though not as much as in the Cornish Rex. They could be almost straight. Coats of any color, even white, are permitted. 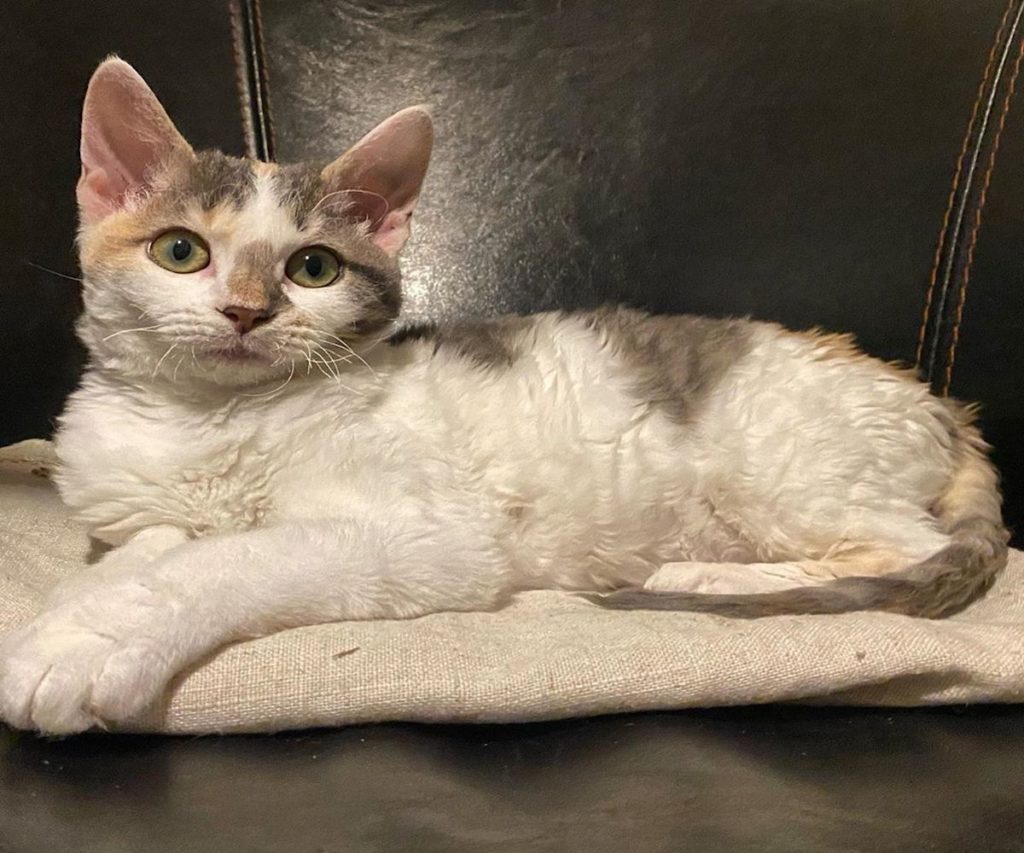 The body development is heavier than in Cornish Rexes, and it resembles that of European Shorthairs. The German Rex’s main distinguishing trait is its short, smooth coat with incredibly short awn hairs.

A German Rex cat is extremely friendly and forms a strong bond with its owner fast. It’s vivacious, witty, and perceptive. It has a temperament similar to that of a Cornish Rex. These cats have a friendly, lively nature that can help to brighten up any gloomy situation. They are gregarious and get along well with people of all ages, including adults, children, and other household pets. They have a lot of patience, despite their energy and activity. The Rex cats are extremely loyal to their owners and like spending time with them. They enjoy being snuggled and touched when lying down in a calm state.

The German Rex’s strong intelligence allows it to swiftly comprehend its instruction and form new routines. Make sure it receives some basic training in order to establish the general manners required of a household pet. The German Rex is a short-haired breed that does not require much maintenance. It simply needs weekly brushing with a bristle or fine comb to smooth its hair, in addition to checking its ears and eyes for infections. Because German Rex Cats don’t have enough hair to absorb oil, they get greasy quickly and need to be bathed frequently.