Heat simply indicates that your German Shepherd is viable and ready to reproduce. Dog heat, of course, is only seen in female dogs. Dogs, on the other hand, do not go through their heat cycle on a monthly basis. Instead, most dogs go through the treatment twice a year. While large breeds such as German Shepherds may only have heat once or twice a year, the little breed can have it three times. 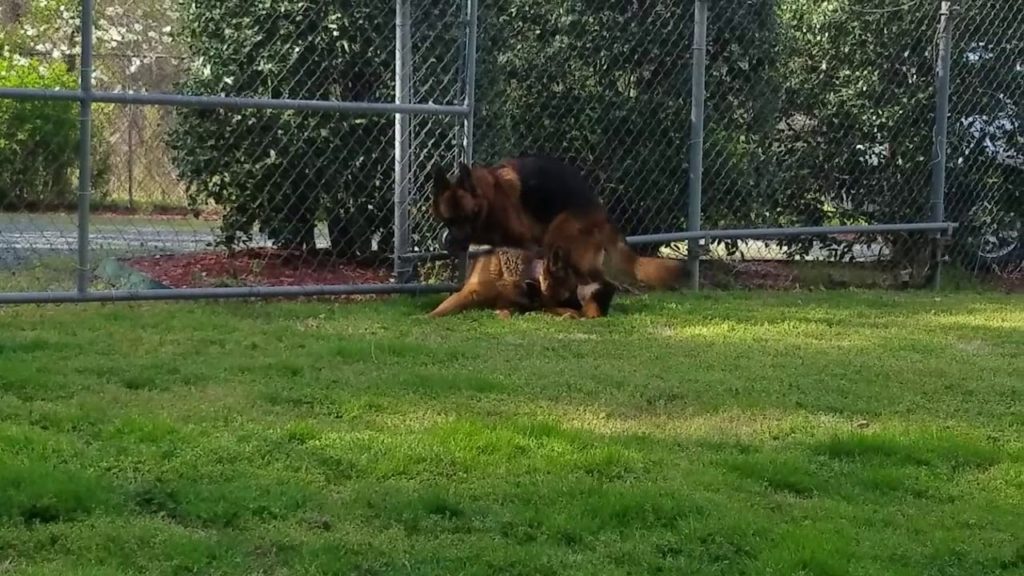 German Shepherd Dogs and other dogs in heat demand special attention, warmth, and love. They subsequently experience a lot of physical discomforts, suffering, and hormone changes. A female German shepherd or other large breed dog’s first heat cycle usually occurs between the ages of 9 and 12.

There are various theories on how long German shepherds are in heat. The Estrus stage, which is the most important part of the heat cycle, can last anywhere from 4 to 15 days. It is at this time that the dog is at her most fertile. Female dogs’ inherent drive to mate is triggered throughout their heat cycle, notably during the Estrus stage.

Female dog hostility during the heat cycle, regardless of the stage, is another clue that your pet is in heat. It’s also one of the most noticeable because they’re usually mild. When a female German Shepherd enters into heat, her heat cycle pattern tends to be very close to the general average in terms of length, however, the lengths of heat cycles might vary from female to female.

The heat cycle has four stages, and the symptoms that a female German shepherd is in heat vary depending on the stage she is in. 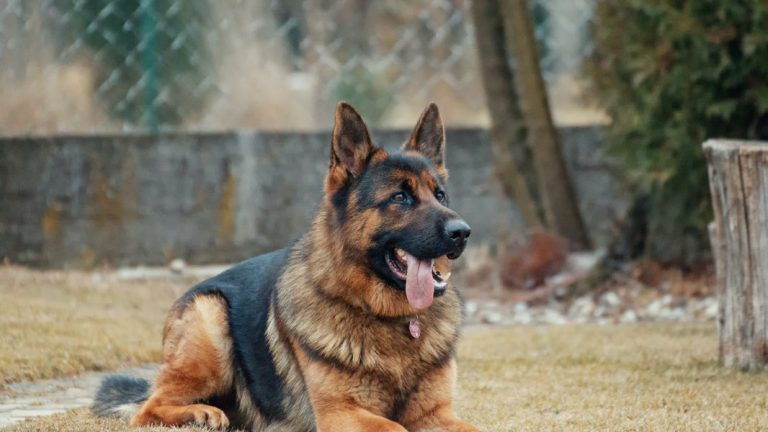 Pro-estrus: Male GSDs are attracted to female GSDs during this period, while the female is not. This usually lasts about 9 days. The most evident clue that you’ve reached this stage is when male canines begin to congregate outside your home. This is due to the way male canines react to a female who is in heat. They are attracted to one another. Your pet, on the other hand, is likely to reject them because she isn’t ready to mate yet. Furthermore, fertilization is not possible at this time. Regardless, vaginal bleeding will begin at this point in your female dog’s cycle, however, the blood will get lighter as the period develops.

Estrus: During this time, the female GSD will be receptive to mating, which can last anywhere from 4 to 21 days. This is referred to as the flagging stage. The dark red vaginal discharge will lighten during the flagging stage. You might also notice your pet rubbing against furniture or other objects. These are signs that your German shepherd’s female is eager to mate. This is also the stage at which the ovary releases mature eggs.

Matestrus: This is the phase of gestation that lasts an average of 9 days. If your female GSD is already at this stage, there aren’t many signs to look for. For obvious reasons, the most prominent symptom is a bulging abdomen. Your female dog will revert to the fourth stage, anestrus if fertilization does not occur at this time.

Anestrus: This is the time between each heat cycle, and it lasts several months, as previously stated. This is the fourth stage, however, it isn’t really part of the heat cycle. Regardless, the reproductive organs of the female German shepherd will not mature and grow at this time.

Caring for German shepherd during the heat cycle

During the heat cycle, dogs lose their appetite. Make sure you’re feeding them plenty, though, because they’re losing a lot of energy. In dogs, the heat cycle refers to hormonal changes that have a direct impact on both physical and emotional wellbeing. Your dog will most certainly go through a lot, from pain to discomfort to mood swings. 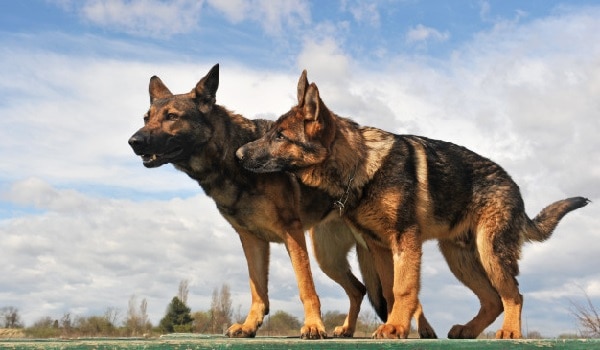 As a result, make sure you offer them ample alone time while still lavishing them with love. Allow your dog to relax more if she so desires. You can reduce her activity routine and let her rest, especially during the Proestrus and Estrus stages. In order to avoid infection with different infections, proper hygiene should be maintained at this moment.