A recent study showed that 80% of dog owners have had a fight break out between their dogs in the home which results to a Dog fight between dogs. It is important to understand why this happens and how to prevent it from happening again in the future. The most common reason for dogs to be fighting in the home is aggression brought on by fear, territorialism, or playfulness.

Dogs that become aggressive with one another can be a scary sight. You don’t want to get bitten if you try to separate two fighting dogs; Dog fight. It is possible to break up a dog fight without getting hurt, but you need to know how it’s done and be prepared for the situation beforehand.

If your dogs aren’t getting along very well, watching them fighting can be scaring especially if they are injured or it continues for a longer period of time. You can be injured while trying to break up a dog fight if care is not taking and you won’t be able to separate or care for them after getting injured.

Tips on How to Stop a Dog Fight

Since dogs are territorial animals, you should properly introduce a new dog to the old one. If the old dog has been living in that house before, it will want to defend its territory and resources. Let them go for a walk together and sniff each other and if they start showing aggressive behavior towards each other, try to caution them. Continue with this until they grow calm and show affection for each other.

Prevention of Break Up a Dog Fight

The best way to stop them from fighting is prevention. It is better to prevent them from fighting or attacking each other rather than looking for a way to stop them during the fighting. The consequence of dogfighting can result in injuries that can be severe or result in death if not properly manage. Averting this situation whenever you see those displaying signs like starring, grunting at each other. Separating a fight between two male dogs can be very dangerous for both us and the dogs themselves.

Mental activity is important for dogs’ health. Dogs that are kept active through exercise and play tend to be healthier than those who are not. Physical exercise causes stress, frustration, and anxiety in dogs if it’s not an everyday thing or doesn’t last at least 30 minutes. Taking two dogs out together will help them get along better. 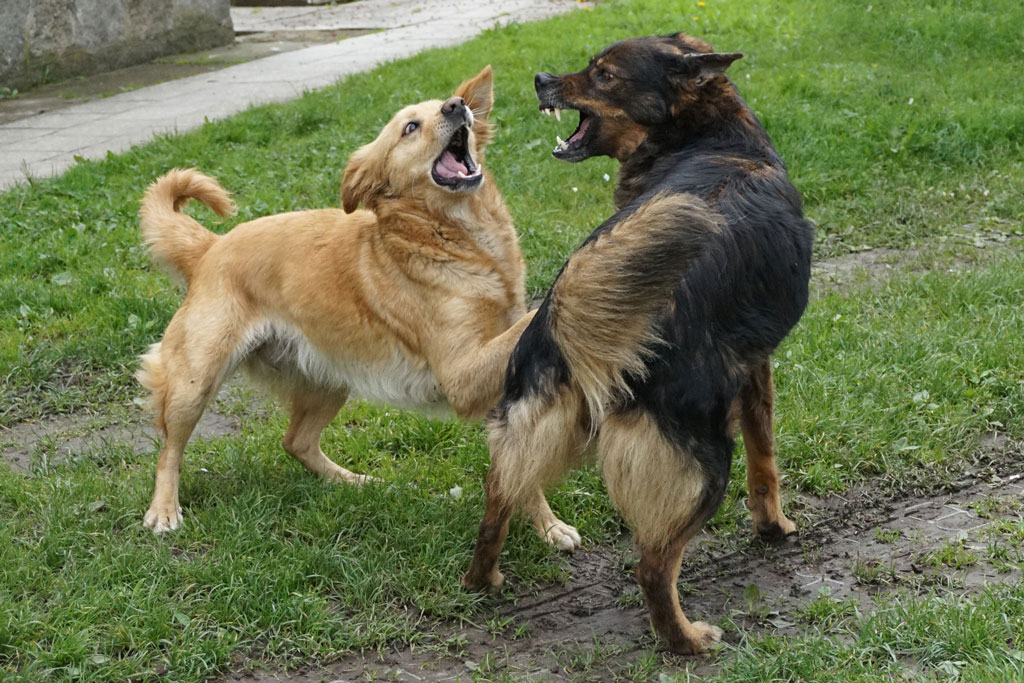 Training helps a lot in stopping Dog fight. When you train your dog to understand your command, it will help you in separating the fight. Teach them the basic command before proceeding to complex ones. This is the groundwork of stopping the dogs from fighting and also, works on their behavior too. Educating your dogs will make them stress-free and reduce the anxiety in them. 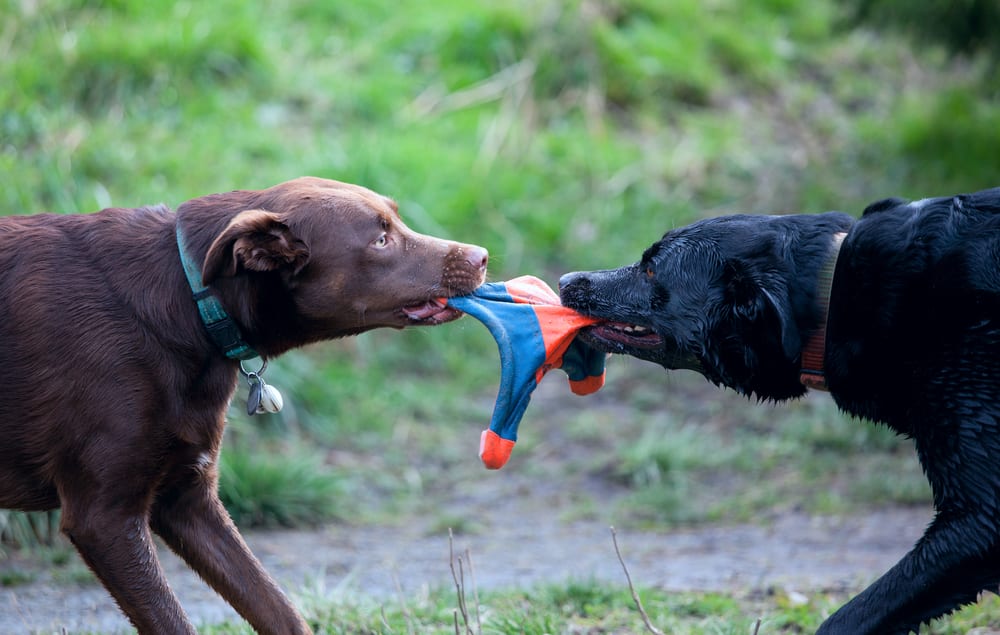 Get your dog to a veterinarian for assessment and consult an animal behaviorist to ensure there is lasting peace between your dogs if the situation keeps on reoccurring.  They will tell you the lessons and practices you can use to reduce the possibility of the dogs fighting each other.

Separating Dog fight; fighting dogs can be done by distracting them or diverting their attention. Covering the dogs with something, like a blanket, is another way to separate them. A loud noise may also help distract them so you can separate them. Another option is to use an object that the dogs are playing with and then use that object to lead one of the dogs away. Remember, do not shout at the dogs or scold them because it can worsen the case.