American Shorthairs, According to scientists, the African wildcat was probably first domesticated in the Middle East during the Agricultural Revolution that began about 10,000 years ago. Bones of small cats were found on Mediterranean islands indicating they were introduced around the beginning of the Common Era and were kept mainly for rodent control.

According to historical records, American Shorthairs may have descended from domestic shorthairs that were brought over on the Mayflower in 1620. Records also show that these cats may have been around even before the first settlers of Jamestown and Spanish explorers in Florida. In fact, a 1634 publication credits these cats with saving New England crops from squirrels and chipmunks. They were exhibited at the first U.S. cat show in 1895.

While it’s clear that cats were introduced to the US when Europeans settlers arrived, there is no way of knowing if they had been in America before then. There are no indigenous cat species in America, so the only way domestic cats would have been there is if they were brought by settlers. Since cats often came on ships with European settlers, it makes sense that domestic cats first appeared in North America when the Europeans arrived.

The American Shorthair cat breed originated in the US. It was welcomed into the American cat community in the late 1800s. The breed was initially known as “Shorthair” but was renamed Domestic Shorthair in 1966. Its first registrant was a tabby male called Belle that ironically had been imported from England around 1900. The first American-born Domestic Shorthair was register in 1904.

The British Shorthair Cat was first introduced to the United States around the late 1800s. Soon after, American breeders began to produce cats with different characteristics than their British cousins. They were heavier and rounder in shape, but still had the same unique markings as the original bloodline.

The American Shorthair is a true breed of working cat, meaning it’s a purebred that was originally used in the US to control mice in barns. The general effect is that of a strongly built, well balanced, symmetrical cat with conformation indicating power, endurance, and agility. The head is large with a full cheeked face that gives the impression of an oblong that is just slightly longer than wide. A smoothly curved forehead forms a moderate curve from the bridge of the nose to the top. 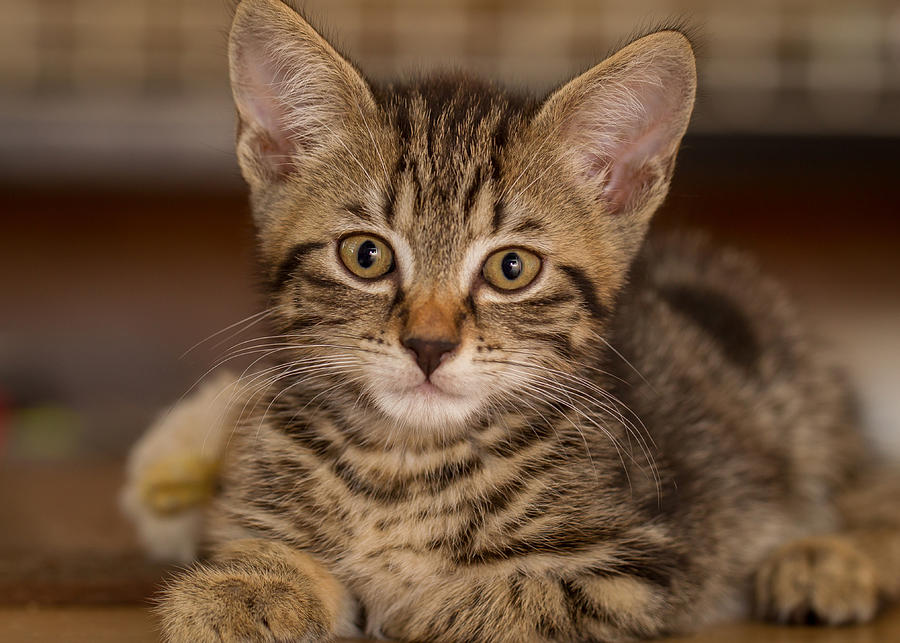 The Shorthair cat ear is medium-sized, not unduly open at the base. The upper lid of the eyes is shaped like half an almond cut lengthwise and the lower lid is shaped in a fully rounded curve. The Shorthair’s eyes must be bright, clear, and alert with medium length and bone, heavily muscled toes that are five in front, four behind, the tail is  long, heavy at base, tapering to abrupt blunt end in appearance.

The shorthair cat coat is short, thick, even in texture. Their coats are dense enough to protect them from moisture, cold weather, and superficial injuries. Their coats come in many colors including solid, shaded, smoke particolor bicolor tortoiseshell cameo van tabby classic mackerel patched tabby white.

The American Shorthair is adaptable and easy-going, with a good temperament. She has a playful side that comes out when she plays with her toys or gets along well with other pets, but she also enjoys some quiet time on your lap. She can be trained to use the litter box and doesn’t mind being brushed every day.

The American Shorthair is an independent, adaptable breed that’s easy to care for. She gets along well with children and doesn’t mind being the center of attention. Her hunting instincts are strong, so she may take off after birds or other small pets if given the chance.

Your American Shorthair will shed, but combing her coat a couple times per week redistributes skin oils and removes dead hair to keep her coat shiny. The American Shorthair is a hearty and healthy breed. Some instances of hypertrophic cardiomyopathy have been recorded in this breed, but it’s unknown if the condition is hereditary. The average life span is between 15-20years.