The Bernese Mountain Dog has been one of the mountain dog breeds linked with Bern for a long time. The dogs are descended from Roman mastiffs. The breed was used as an all-purpose farm dog for property security and driving dairy cattle long distances from the farm to alpine pastures. The farmers utilized the dogs to move their milk and cheese carts, and the dogs were dubbed “Cheese Dogs” by the townspeople.

Fanciers showed the few instances of the enormous dogs at shows in Berne in the early 1900s, and in 1907, a few breeders from the Burgdorf region created the first breed organization, the Schweizerische Dürrbach-Klub, and drafted the first Standard defining the dogs as a distinct breed.

Berners made a living droving cattle, protecting farmyards from predators, and being kind companions when the day’s labor was done. Their capacity to pull many times their own weight as drafting dogs, thanks to their large and strong hindquarters, is perhaps their greatest claim to working-dog fame. 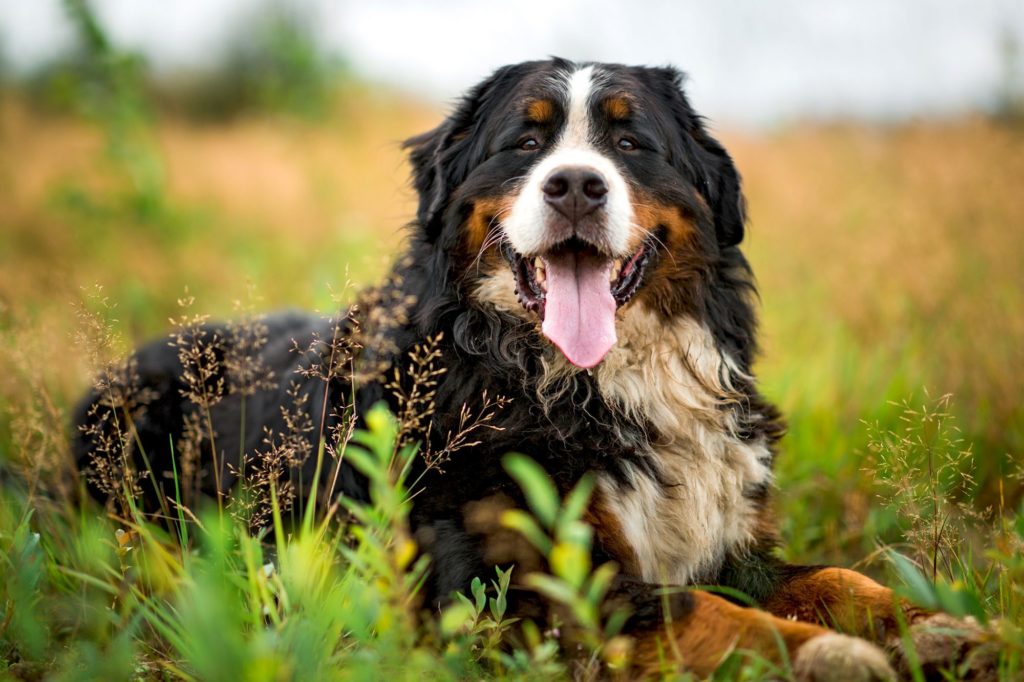 Despite the Berner’s enormous utility in the days before mechanized farming and ranching, the breed’s numbers were dwindling by the late 1800s, and the quality of the surviving canines was lacking. Swiss breeders began a laborious endeavor to reverse the breed’s decline. In German-speaking nations, where they are among the most popular dog breeds, these canines are particularly popular as family dogs.

The breed was on the verge of extinction by the late 1800s. Professor Albert Heim began a study of Swiss dogs at the time, which resulted in the recognition of the Bernese Mountain Dog as one of the current breeds. These dogs were only found in the lower Alps valleys.

These dogs have been pushed throughout Switzerland and throughout Europe thanks to Dr. Heim’s efforts. There were 107 registered members of the breed by 1910. At the Fumee Fall rest area in Quinnesec, MI, there is a photograph of a working Bernese Mountain Dog from 1905. It was first recognized by the American Kennel Club in 1937, and it is now classified as a Working Group member.

Bernese mountain dogs are somewhat taller than they are long, robust, and have a strong, wide back. The ears of a Bernese mountain dog are medium-sized, triangular, set high, and rounded at the top, and the skull is flat on top with a mild stop. The teeth are arranged in a scissors bite. The Bernese have strong, straight legs with round, arched toes. Bernese dewclaws are frequently removed. The bushy tail is slung low.

A leisurely trot with considerable reach and drive is Bernese’s natural working gait. The thick coat is somewhat long, slightly wavy or straight, and provides warmth against the cold. The hue is striking, yet the attitude is soft. The weight ranges from 70 to 120 pounds, and the height ranges from 23-27.5 inches.

Bernese are outdoor dogs at heart while being well-behaved indoors; they want activity and exercise but lack endurance. When motivated, they can move at incredible speeds for their size. Bernese Mountain Dogs get along with other pets and strangers. They are fantastic defenders. They form strong bonds with their owners or families and are distant and wary of outsiders.

The Bernese love being outside, especially in the winter. This dog needs daily moderate activity, such as a decent hike or a leashed stroll. All dogs, but especially large breeds like the Bernese Mountain Dog, benefit from early socialization and obedience training. They are very kind and openhearted; their feelings are often damaged, therefore harsh corrections or training methods do not work well with them. 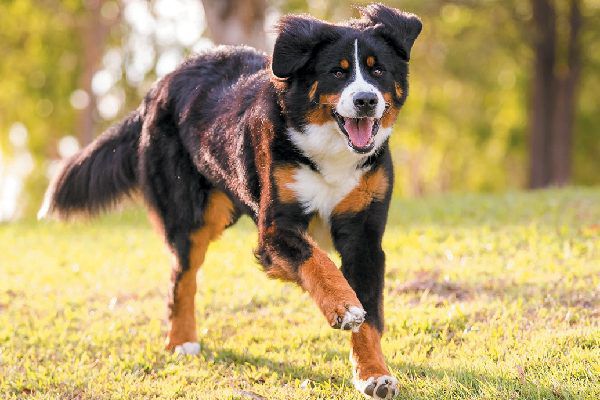 Bernese Mountain Dogs shed all year, with the most shedding occurring during the changing seasons. To maintain its coat clean, the Bernese usually only needs to be brushed once a week, with more in the spring and fall.