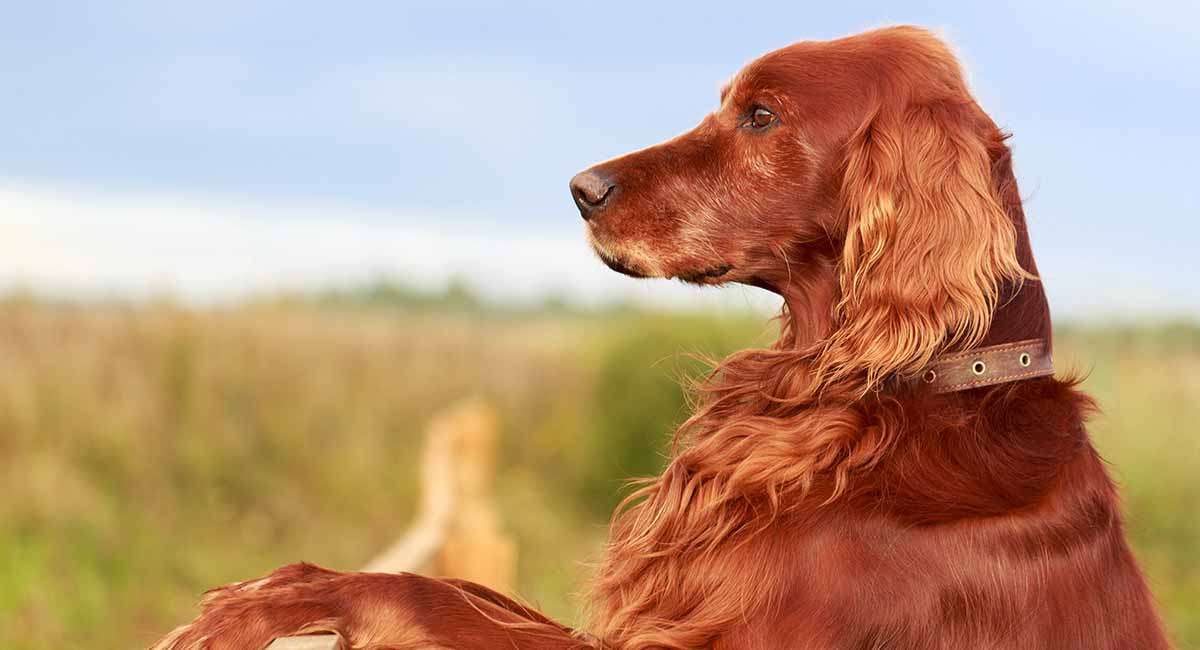 The Irish Setter is a dog that can be used for hunting. The breed was bred to set or locate upland gamebirds, specifically quail, pheasant, grouse, woodcock, and snipe. They are tireless hunters who are well-suited to fields and wet or dry moorland terrain. Using their excellent sense of smell to locate the birds.

As the 19th century gave way to the 20th, Irish hunters bred their “Red Setters” to have a light and slender build that allowed them to move quickly. In contrast, the Gordon Setter from Scotland was bred for hunting on rugged terrain and is heavier-bodied, moving more slowly.

The Irish setter is a mix of various types of setters. In the early 1900s, they made it to America and proved themselves as good bird hunters. In Ireland around 1862, Champion Palmerston was born. He changed the Irish setter forever with his looks and temperament.

The Irish Red Setter first appeared in 1845 but was not recognized until 29 March 1886. The likeness for a solid red-colored dog was having an effect on the appearance of the typical Irish-bred setter. The Irish Setter standard was drawn up by the Irish Red Setter Club in Dublin and approved on 29 March 1886. The color pattern of the dog affected the appearance of later generations.

The Irish setter is a dog that is elegant and substantial. It has a slightly longer body than tall, giving it ample room for movement without interference between the fore and hind limbs. Its trot is ground-covering and efficient, while its coat is flat, straight, and of moderate length.

The Irish Setter is a medium-sized, squarely built dog of great beauty. It has a short back and strong muscles. At maturity, Irish Setters are 61 to 71 cm tall for males, with females being 55 to 62 cm tall. Males weigh 29 to 34 kg at full maturity, while females weigh 25 to 29 kg. They have deep chests and small waists. 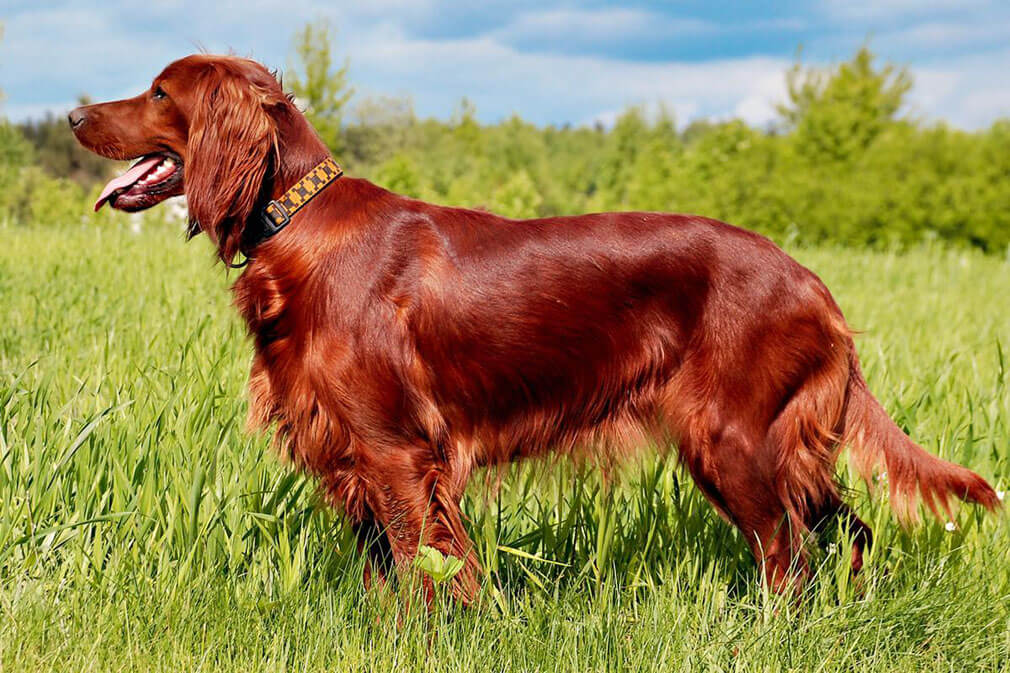 The Irish Setter has a coat that is moderately long, silky, and of a red or chestnut colour. This dog requires frequent brushing to maintain its condition and keep it mat-free. The undercoat is abundant in winter weather, and the topcoat is fine. Their coats should also feather in places such as the tail, ears, chest, legs, and body.

Irish Setters love to be active and cannot be left alone for long periods of time. If you want a dog that can spend long hours alone, this is not the breed for you. Irish Setters thrive on human companionship and respond swiftly to positive training. They are very intelligent dogs and make excellent watchdogs, but barking too much will quickly get on your neighbours. 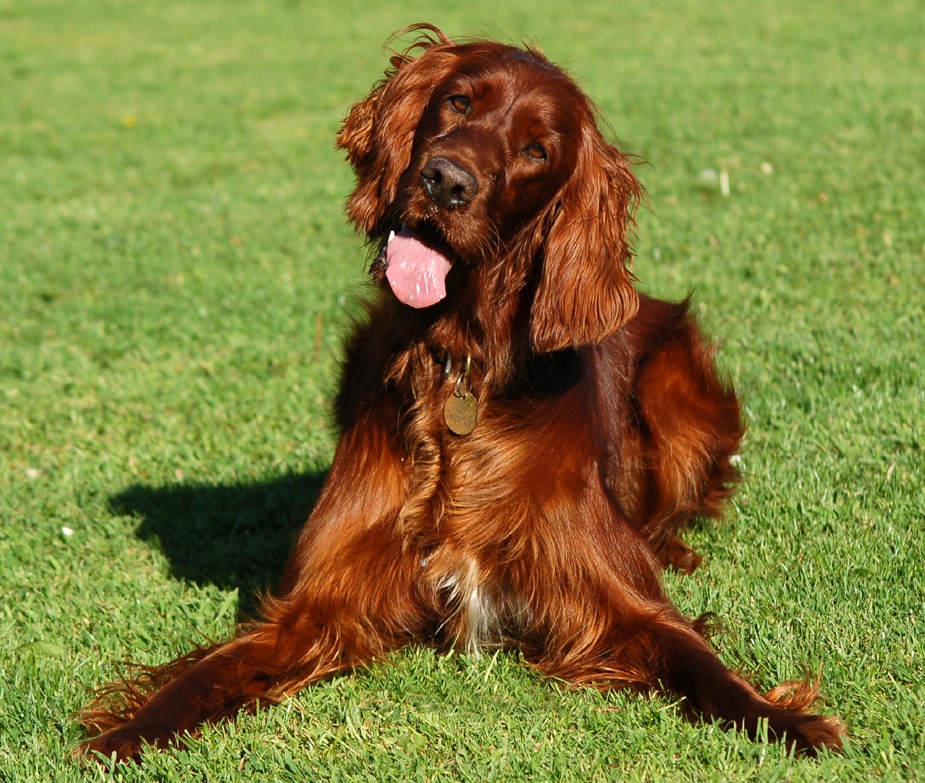 They are usually alert to their surroundings, but sometimes they can be a bit too energetic and playful, especially with children. As puppies, Irish Setters can be destructive if left alone or ignored for too long.

Irish Setters make excellent companion animals and family pets. They are active and require long, daily walks and off-lead running in wide, open spaces. However, they do tend to disobey sometimes, so training on the recall should be done before allowing them off the lead. 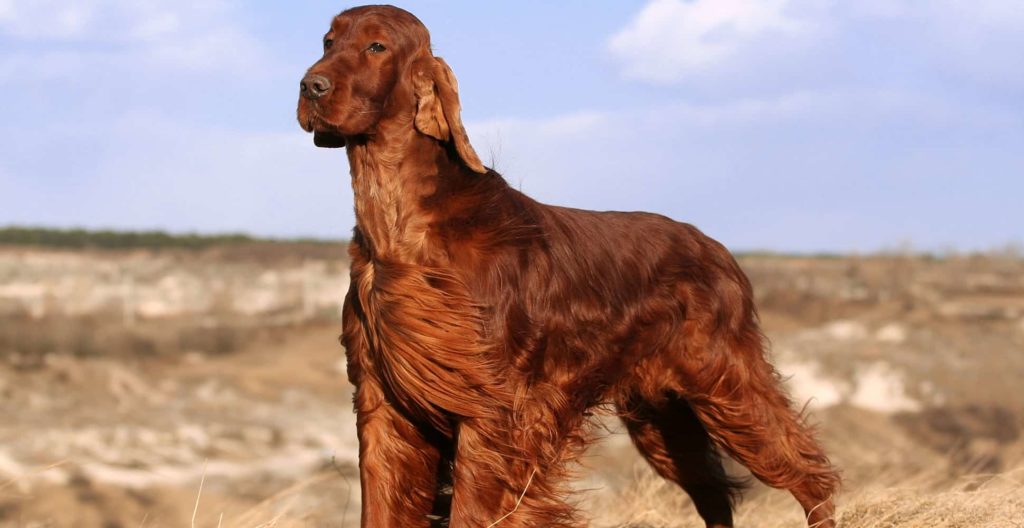 A dog needs exercise, and lots of it. Irish Setters are not suited to apartment life because they require at least one hour of hard, strenuous games or exertion every day. The coat needs regular brushing and combing every two to three days, plus some clipping and trimming to look its best.

Irish Setters are a healthy breed of dog, but they can develop PRA, CHD, and gastric torsion. They have an average life span of between 11 – 13 years old.