Today, the modern Irish Water Spaniel is the dog we know and love. It was developed in Ireland in the 1830s. We do not know which breeds were mixed to create this breed, but it is acknowledged that Justin McCarthy from Dublin left no breeding records. The Irish Water Spaniel is a breed of dog that is the tallest of the spaniels.

The Irish Water Spaniel is a breed of dog that originated in Ireland. The dogs have a clownish appearance, which may have led to their nickname “Clown Dog” or “Clown Puppy.” The dogs were valued as retrievers and because they could work for long periods of time in cold water. 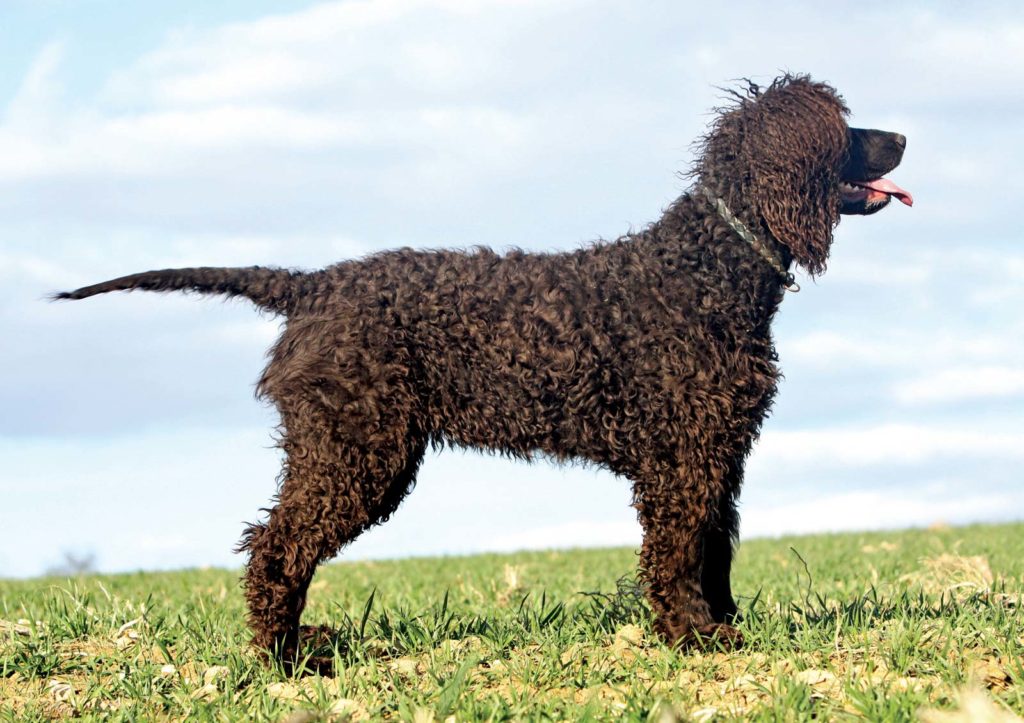 A topknot of long, loose curls growing down from the head which often covers the eyes; a beard growing at the back of the throat often accompanied by sideburns; and a curled, liver-colored coat. The coat consists of dense curls and sheds very little. The colour is liver/puce with a purple hue, unlike any other known breed. Non-shedding means the coat doesn’t cause as much allergic reaction for those normally allergic to dogs.

The Irish water spaniel is a dog that combines great intelligence and rugged endurance with an eager temperament. It has webbed feet to aid in its powerful swimming, which adds to its bold, dashing nature.

The Irish Water Spaniel is an active dog that enjoys the company of its owners. It has been bred to work as a hunting dog, retrieving game and returning it to hand with little fuss. This makes it relatively easy to train and discipline, however, its keen sense of wanting to please its owner can make it difficult to stop from trying to interact with other pets. 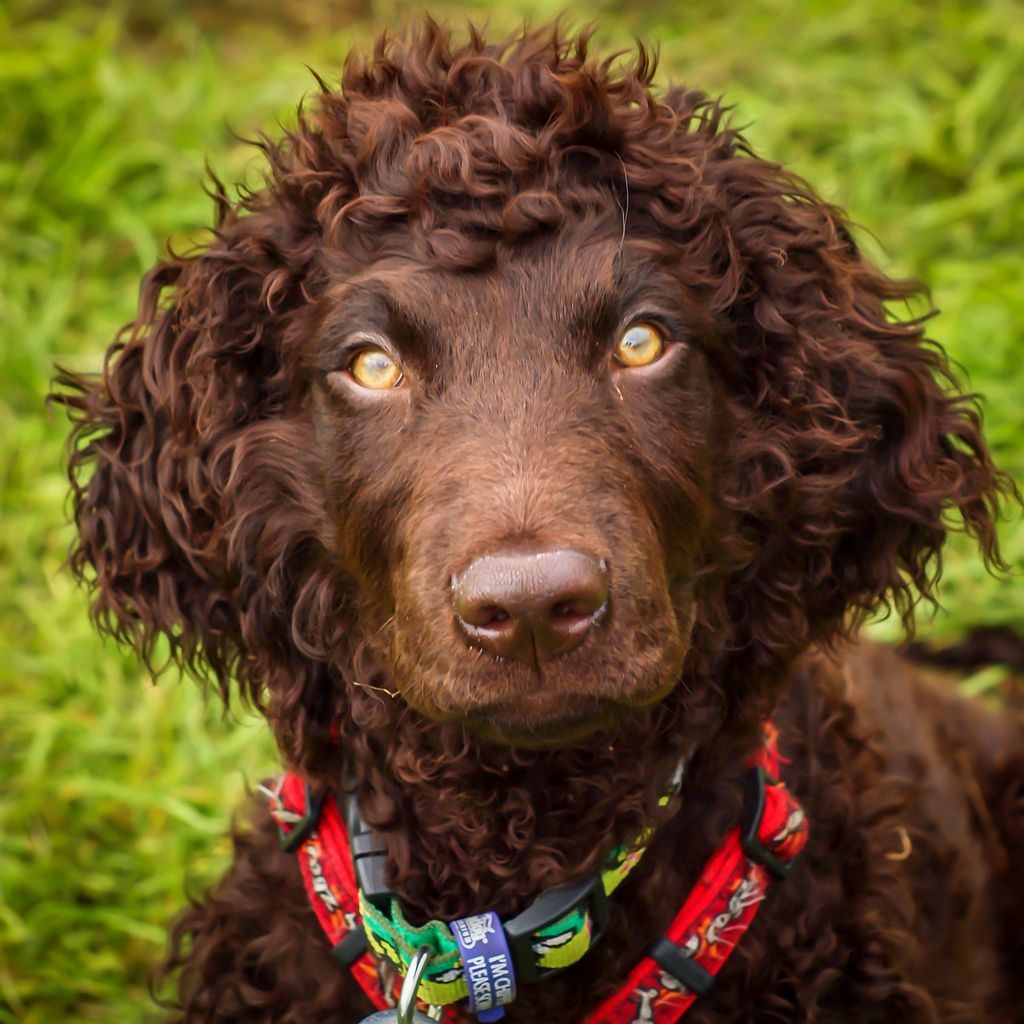 The Irish water spaniel (IWS) is a breed of dog that can make good family pets. They are usually excellent with respectful children and with other pets. The IWS can make good guard dogs if they have been trained to do so and will protect their human families. Not usually aggressive, the IWS may have a deep, fierce-sounding bark.

The Irish Water Spaniel is a high-energy dog that, with proper training and exercise, can be a wonderful companion. It is intelligent and has a very good memory. The Irish water spaniel will do extraordinary things to get the attention of its family or to get what it wants. This can lead to mischief if not given enough attention by its owner. Early socialization and training are recommended.

The Irish water spaniel is a breed that enjoys a good nap, but regular walks and exercise are important to keep them happy and healthy. The IWS will become destructive if it’s not properly exercised. An ideal home for the IWS would be one where its mind, as well as body, is exercised. Many owners work their dogs in the shooting field, in obedience tests, agility in competition.

Most Irish water spaniels are healthy dogs, and responsible breeders screen their stock for health conditions. They live an average life span of 10-12 years.