The Kinkalow is a relatively young feline breed, dating from the mid-1990s. The Kinkalow is an uncommon and exotic breed. The International Cat Association designated it as an Experimental Breed, and The Dwarf Cat Association recognized the breed. Terri Harris, a cat breeder, wondered what would happen if she crossed one of her Munchkins with an American Curl. The outcome was a cat with Munchkin-like short legs and American Curl-like curled-back ears. Throughout the 1990s, she and other dwarf breed enthusiasts developed the Kinkalow, which was finally recognized as an experimental breed by The International Cat Association in 1997. 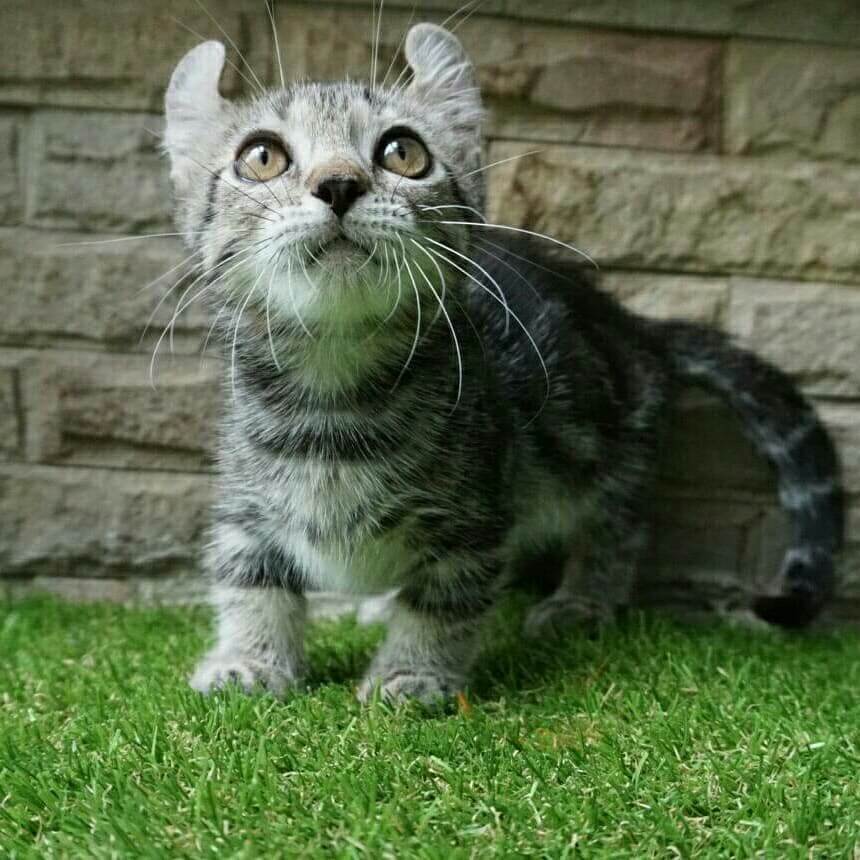 One of the original kittens was named Kinkalow Louie, which is possibly where the breed’s name came from. It’s also possible that the term refers to their “kink” in their ears and their “low” position on the ground. The Kinkalow is currently an experimental domestic hybrid breed, meaning it is not recognized by any national or international cat fancy groups, and its features are still being stabilized via breeding. TICA only recently registered the breed, in 1997. Only a few dozens of Kinkalow cats exist in the world. Kinkalows are thus a relatively new and unique breed.

The Breed has a very distinct appearance, combining the Munchkin’s kitten-like appearance with the American Curl’s distinctive ears. The cats have a medium physique with a longish, semi-exotic body, with the exception of their legs. The head is fashioned like a tiger’s head, and the body is fine but robust.  Due to their diminutive legs, these cats are only about 7 inches tall. 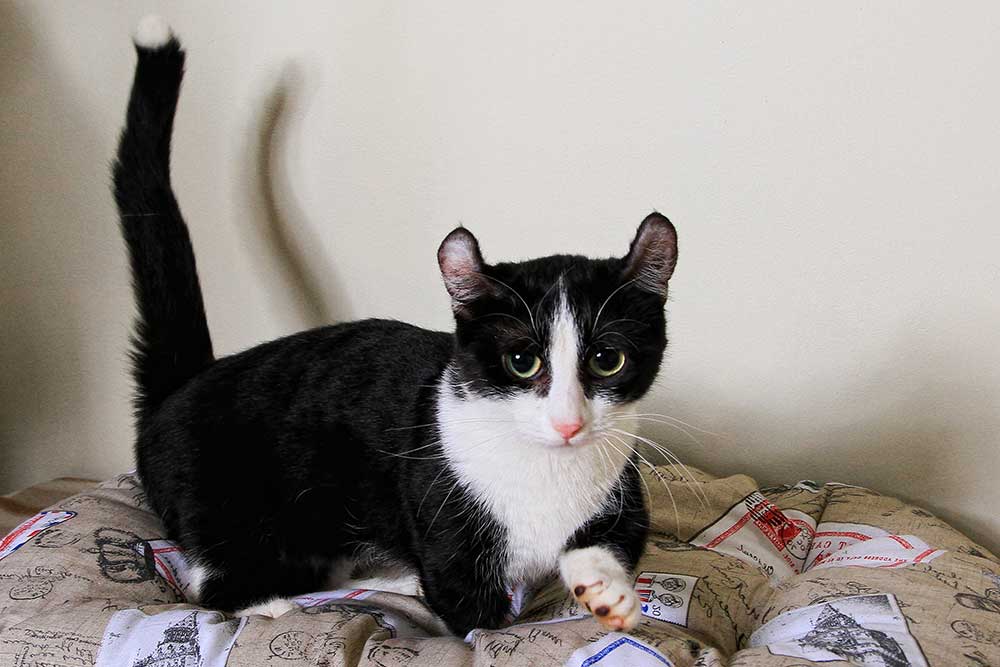 Their jackets are available in a wide range of colors and patterns. This one-of-a-kind kitty will also have curled ears, giving him a cute appearance. To varying degrees, the ears will curl. Kittens have straight ears at first, just like other breeds, but their ears will gradually curl as they mature. Even though they contain the gene for curled ears, some never develop them.

These cats are known for having a playful personality, and they will have bursts of energy that will cause them to rush around, play with their favorite toys, and sometimes even play fetch. Because this breed is recognized for spending quality time with its human family, it is essential that you play with your pet every day. These cats are recognized for their curiosity and intellect, in addition to being lively and playful. 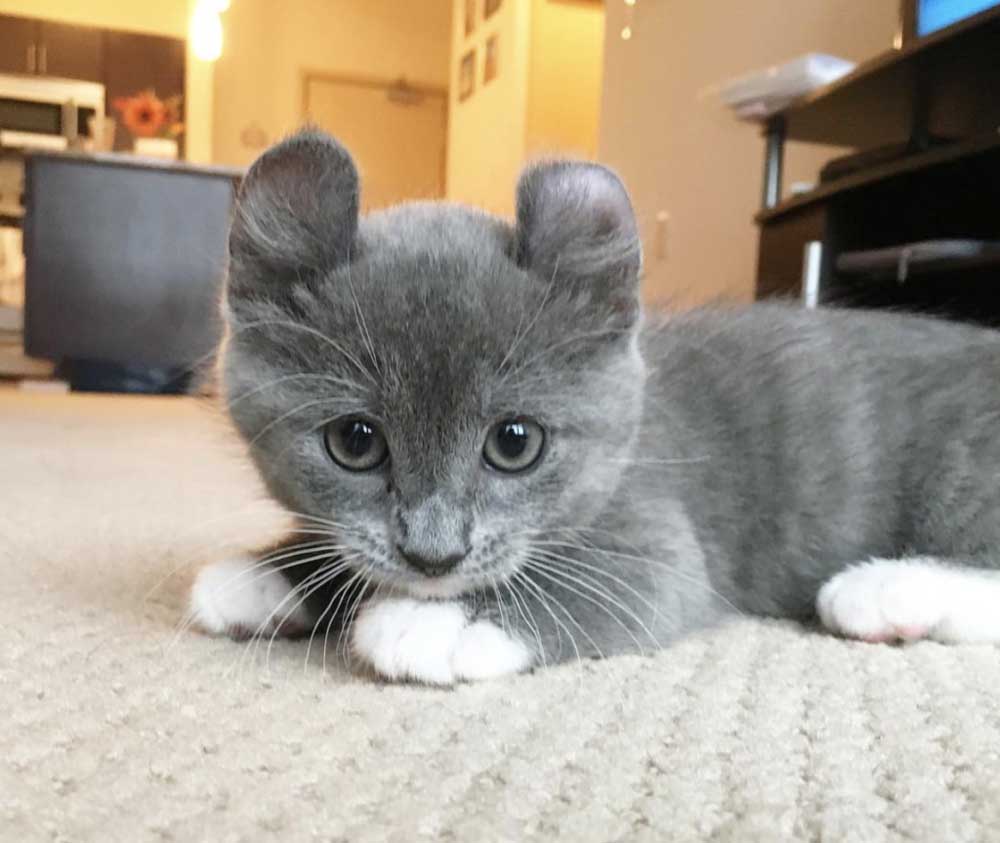 Furthermore, because they are gregarious and eager to please, they prefer to be part of their human activities. The breed will not disappoint you if you’re looking for a cat who enjoys being petted while snuggling with you. The Kinkalow is an excellent pick because of its lovable nature. They make excellent companions for people of all ages, as well as first-time and seasoned cat owners.

Kinkalows are energetic cats who enjoy cat trees, mouse toys, and puzzle toys. At least a few times a day, a cat breed owner should expect to play with their pet. They don’t require much grooming. Brushing their coats at least once a week—more frequently if it’s a longhaired cat—keeps the fur from tangling and helps clear out the undercoat. Upkeep is also required on a regular basis. Kinkalows have excellent health, endurance, and are very easy to care for. They have an average lifespan of 10-15 years, but with good care, they can live up to 18-20 years.