Heinrich Essig, a dog breeder, and the seller claimed to have created the Leonberger by crossing a female Landseer Newfoundland with a “barry” male from the Great St Bernard Hospice and Monastery In the 1830s.

In the late 20th century, a new Leonberger look was developed by introducing other breeds to the mix. The darker coat and black mask came from Newfoundland breeds. This was necessary because most Leonbergers were killed in World War I and their breeding stock was low.

During World War I, the dog was close to extinction. Only five of 25 dogs were deemed fit for breeding. Two Leonberger lovers, Stadelmann and Josenhans began a club dedicated to saving the breed. Post-war efforts were led by the German government and Deutsche Club fur Leonberger Hunde (German Club for Leonbergers).

In Germany, this dog breed is a relatively new breed. In 1907, the British dog breeder Lady Zia Campbell brought a female black Newfoundland to Germany from Canada and used her to develop a new breed that would be larger and more elegant than the Newfoundland. The first male Leonbergers arrived in Germany from England in 1908.

They were originally kept as farm dogs and were used in watchdogs and draft work. They became popular around the beginning of the 20th century when they were imported by the government of Canada for water rescue and lifesaving purposes. 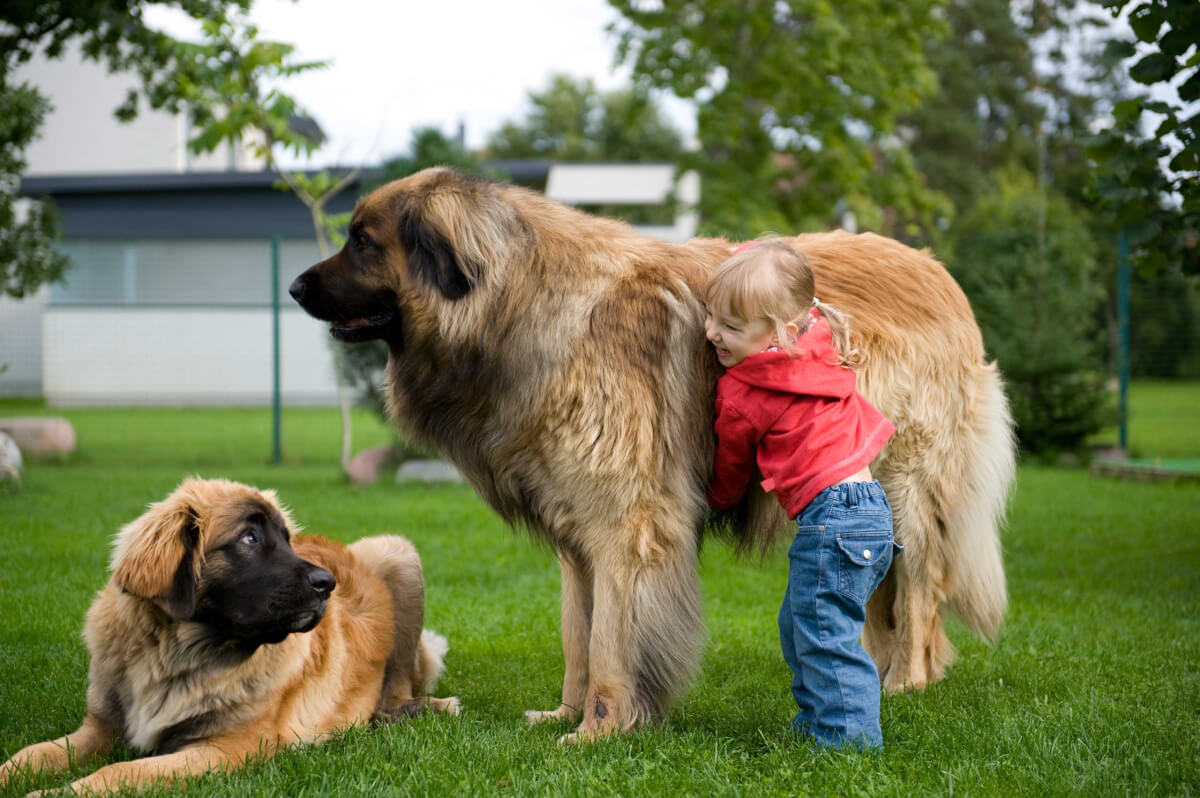 Height at withers in Male is 71–80 cm, female is 65–75 cm. Weight in Males is between 54–77 kg while Females are 45–61 kg. The Leonberger is a large dog, with a body that is longer than its height. The ears are dropped and the coat has a mane that appears around two to three years of age. They generally mature by three years old.

Leonberger dog is a very loyal, loving, and affectionate breed. It’s trustworthy with family members. It is an intelligent breed, can be easily trained to learn basic commands like sit, stay, etc. The Leonberger dog is very good with children and strangers alike. If left alone for long periods of time it will become destructive, so a daily walk is required. They have a strong sense of protection toward strangers. They need to be exposed to friendly people so they learn what “normal” behavior is. Early training and socialization are important, as this is a large dog breed. 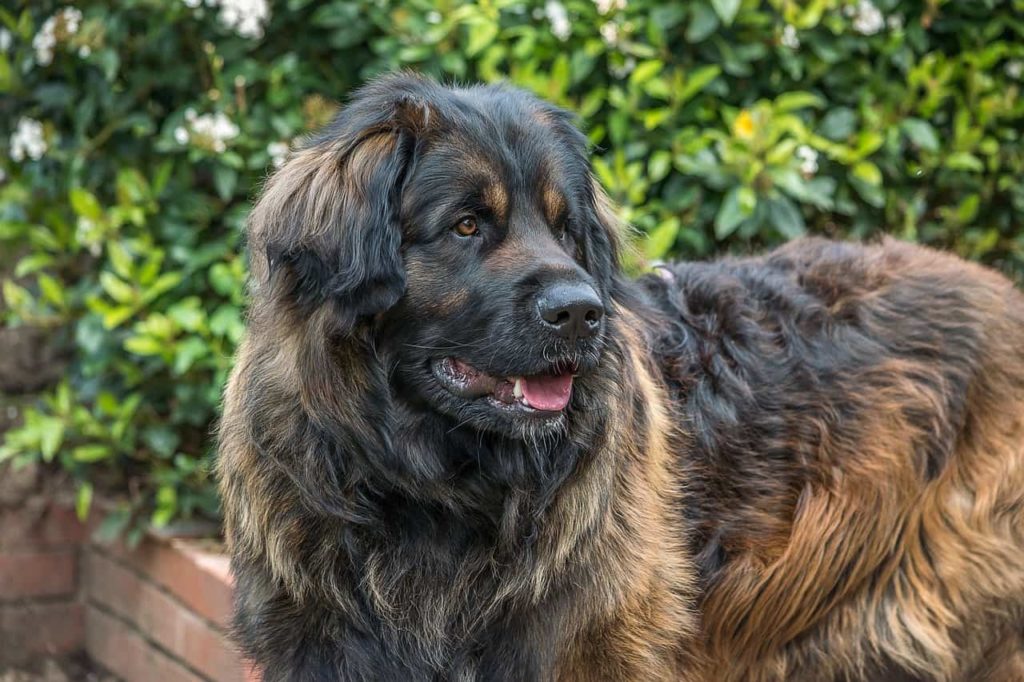 They need lots of interaction, so they are not well suited to people who work long hours or live in an apartment. They need plenty of time to play and exercise but should be kept lean by regular exercise and a healthy diet. Over-stressed bones, joints, and ligaments can lead to permanent damage. These dogs do not drool. They are dogs who need a lot of interaction with people. They generally get along well with other pets if they are properly socialized. However, they can be aggressive if not trained correctly or socialized by an early age. They also need regular brushing and combing, which should be done at least twice a week to avoid matting and tangling.

They are generally healthy dogs but can develop hip dysplasia, heart problems, osteosarcoma, hemangiosarcoma, osteochondrosis dissecans (OCD), allergies, digestive disorders, cataracts, and entropion/ectropion eyelids. They can live up to 8-10 years. 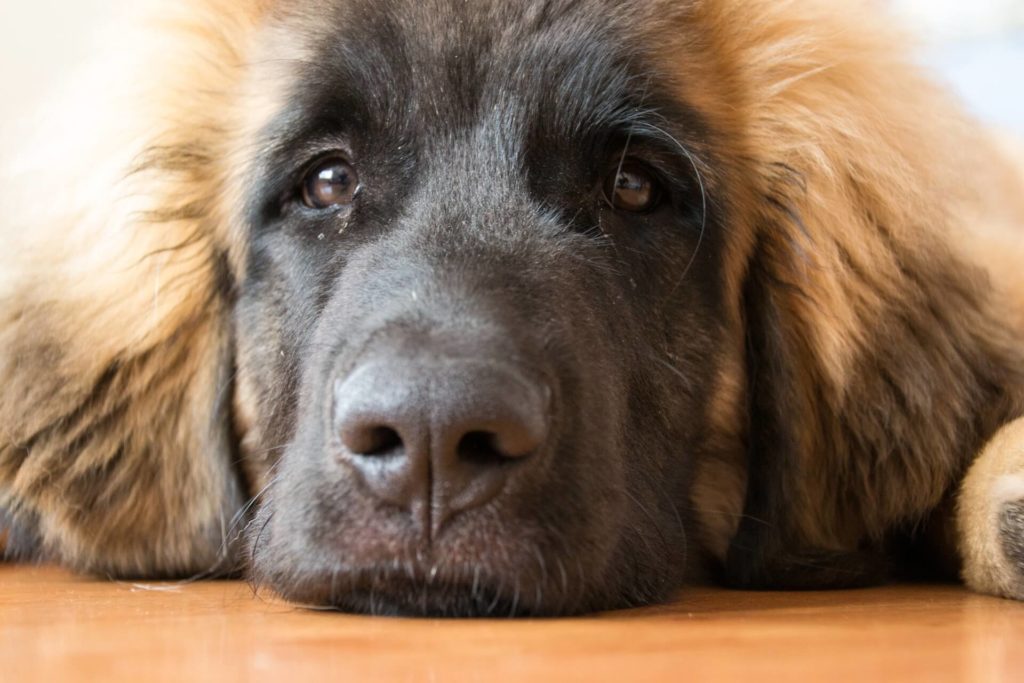