The Lykoi is unquestionably one of the world’s most visually distinctive cat breeds. The Lykoi, also known as the wolf cat or werewolf cat, is a natural mutation of a domestic shorthair cat that resembles the popular concept of a werewolf. Over the last 20 years, the mutation has appeared in domestic cats.

After being discovered in Virginia in 2010, by Patti Thomas, who co-founded and named the breed, two different sets of domestic shorthairs with the Lykoi gene were adopted from a rescue, and a second pair was discovered in Tennessee in 2011, by Johnny Gobble. Vonore, Tennessee, was the birthplace of the breed. Lykoi is a Greek word that means “wolves.” The Lykoi gene is found in the feral cat population naturally.

When two unconnected litters of kittens were presented to the founders as unique cats in 2011, Johnny Gobble, Brittney Gobble, and Patti Thomas developed the Lykoi breed. The Gobbles conducted thorough medical examinations. Johnny Gobble bred two unrelated cats to generate the first purposely bred Lykoi to prove it was a gene. 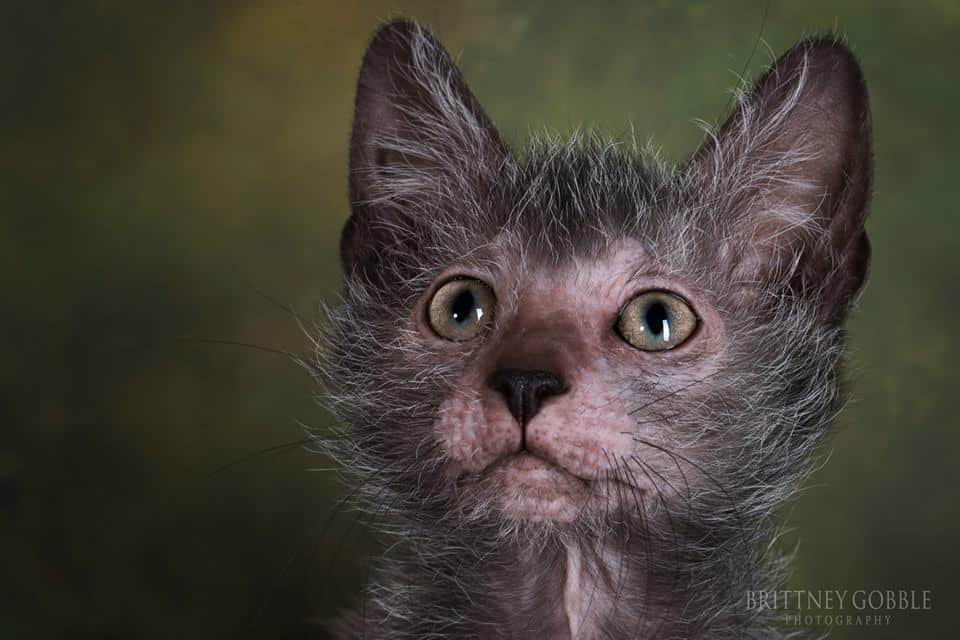 The physique of this werewolf-like cat is thin and toned, with a wedge-shaped head and a hairless “mask” of skin around its eyes, nose, snout, and back of the ears. Lykoi might be entirely haired or only slightly haired. They may lose all of their hair at times, giving them the appearance of a Sphynx, but it grows back. Lykoi and Canadian Sphynx are genetically unique.

The hair coat has a unique appearance in that it mimics an opossum coat when it is mostly coated. The Lykoi cat breed is distinctive in that it sheds a lot as it gets older, yet it regrows its hair later in life depending on the season. The traditional color for Lykoi cats is black roan with a slight silvery sheen. They lack an undercoat, leaving him with only the thin top hairs, giving him a mangy appearance. Their eyes are nearly spherical, amber or green in color, and are nearly circular.

Strangers are welcome, although they may be wary of them because they prefer the companionship of their proper human partners and may return to them after the company is over. This is a friendly and easygoing cat breed. The personality of the Lykoi cat allows it to get along with humans, cats, and dogs. They haven’t lost their great appetite for prey. The feral cat’s “wild cat” past is only a few generations behind them, despite the fact that they have been carefully bred to keep friendly characteristics. As a result, they retain many of the intriguing characteristics that let wild cats survive a variety of circumstances throughout their lives.

Lykoi shed a lot, sometimes even more than the average domestic shorthair. They have the ability to shed their complete coat before regrowing it for the next season. Brushing two to three times a week can keep you ahead of the majority of the shedding, but the cats will need to be bathed once or twice a month to keep their exposed skin clean.