The  Miniatura Pinscher, also known as the Zwergpinscher and Min Pin, is a breed of dog originating in Germany. The breed’s ancestors may have included German Pinschers, Italian greyhounds, and dachshunds.

The earliest documented records of the Min Pin date back to 1879, but artifacts and paintings suggest that its documentation began less than 200 years ago.

The Pinscher miniatura dogs may have been created by crossing a small short-haired terrier with the Dachshund and Italian Greyhound. 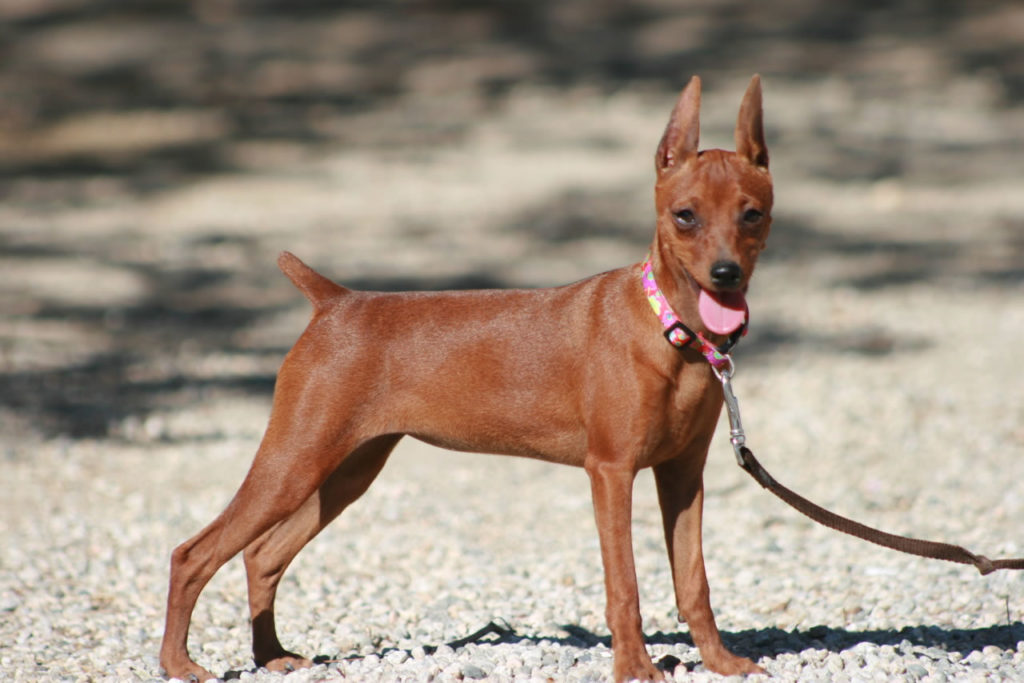 The Miniatura Pinscher was first recognized as a breed in Germany, where it is called the Zwergpinscher. The name translates to “dwarf terrier” or “dwarf pinscher” and comes from the German word “pinscher”, which refers to any small dog of molossoid type.

The original name for this breed in the U.S. was “Pinscher (Toy)” until 1972 when the name was officially changed to Miniatura Pinscher. There is a drawing by Jean Bungartz, published in 1888 comparing the Miniature Pinscher to the German Pinscher.

It has hackney-like action, fearless animation, complete self-possession, and a high presence. Legs should be straight with no bending in or out. They are also known to have separation anxiety.

The Miniature Pinscher is a small, sturdy dog with short legs and a thick neck. They are known for their short, smooth coat in one of three colors: black, red, or blue. Their tail is often docked to avoid injury when they are working with livestock. 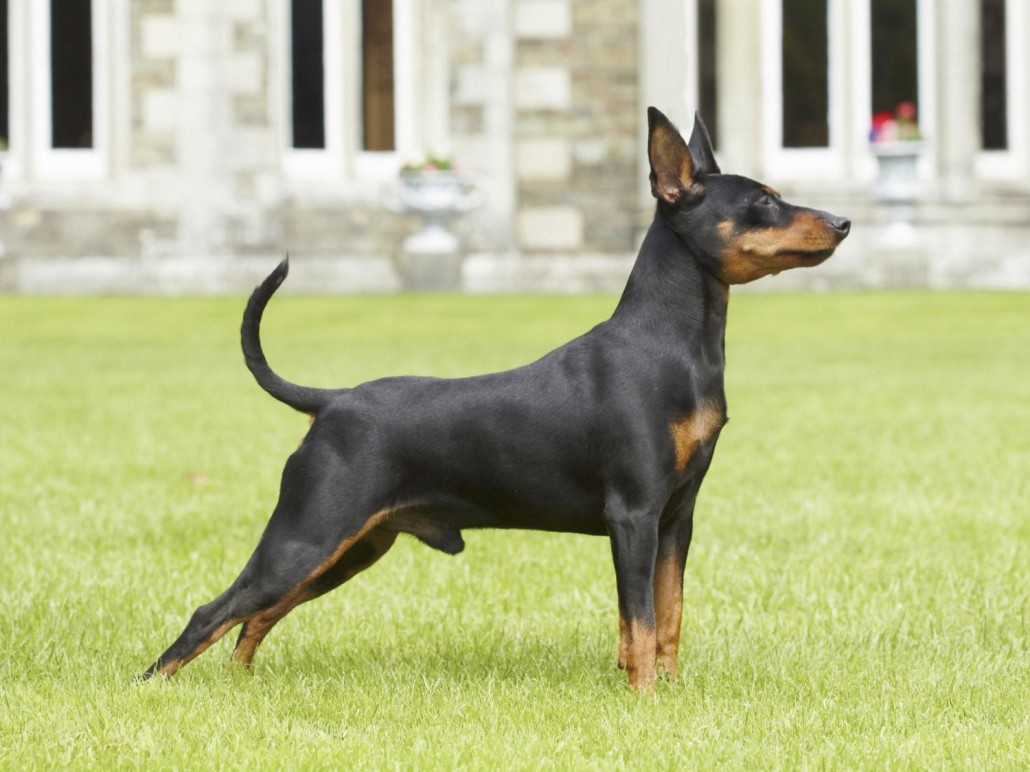 The Miniatura Pinscher should be 25–32 cm high with the most desirable height of 28–29 cm at the highest point of the shoulder blades. Length is equal to height, though females may be slightly longer. The ideal weight is 4 to 5 kg.

Pinschers are full of life. They are energetic, curious, and fearless. Miniatura Pinschers are very intelligent dogs who like to play and explore new things. Miniatura pinchers can be destructive if they are bored or not properly socialized as puppies.

These dogs don’t bark much but they do howl quite often. The Miniatura Pinscher breed is an assertive, outgoing, active, and independent dog. This breed needs a fenced-in yard to run in and do agility work.

They are extremely energetic and require a lot of exercises. Miniature Pinschers are wary of strangers but make great watchdogs for this reason. When training them, they can be stubborn but once trained they will obey commands well. 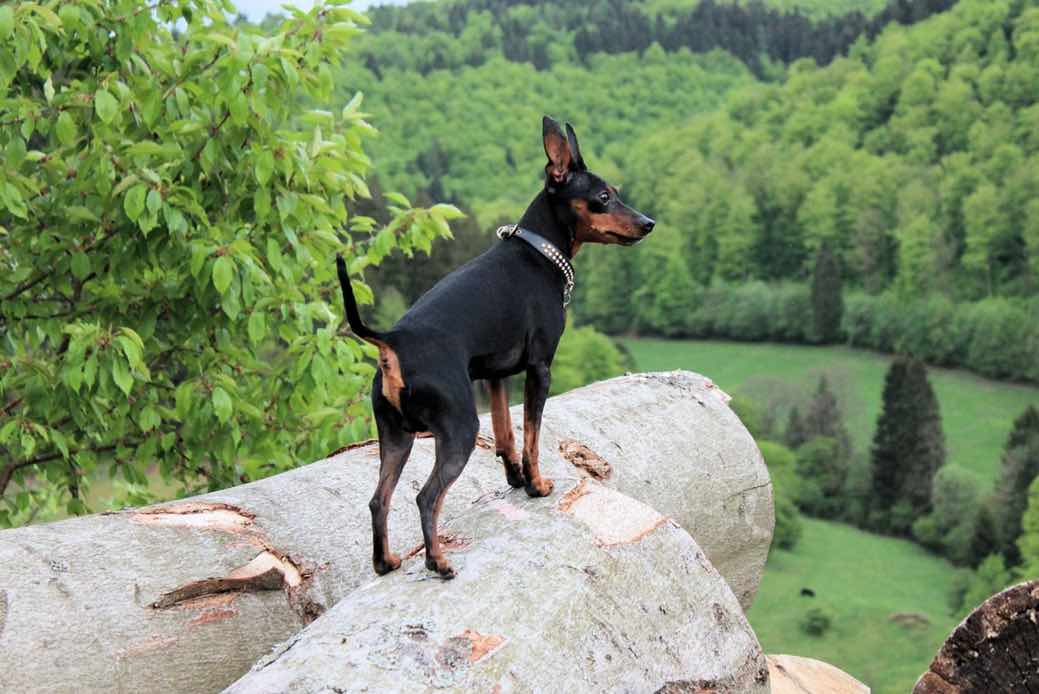 Pinschers are prone to gaining weight, so diet and exercise should be monitored. Treats can be used as rewards for training, but too many can lead to obesity. The smooth, short-haired coat requires little grooming; brushing and washing should occur occasionally.

The Miniatura Schnauzer needs plenty of exercise activity. His small size allows him to get all the exercise he needs indoors or out. He does not like the cold weather and tends to have a thick coat that requires minimal care.

The Miniatura Pinscher is an energetic, high-spirited dog. They are very loyal and playful. This breed does not usually bark much but can be protective. The Miniature Pinscher tends to be a healthy dog; however, certain eye, patellar dislocation, knee, and hip problems may occur. An average life span is between 12 to 15 years. 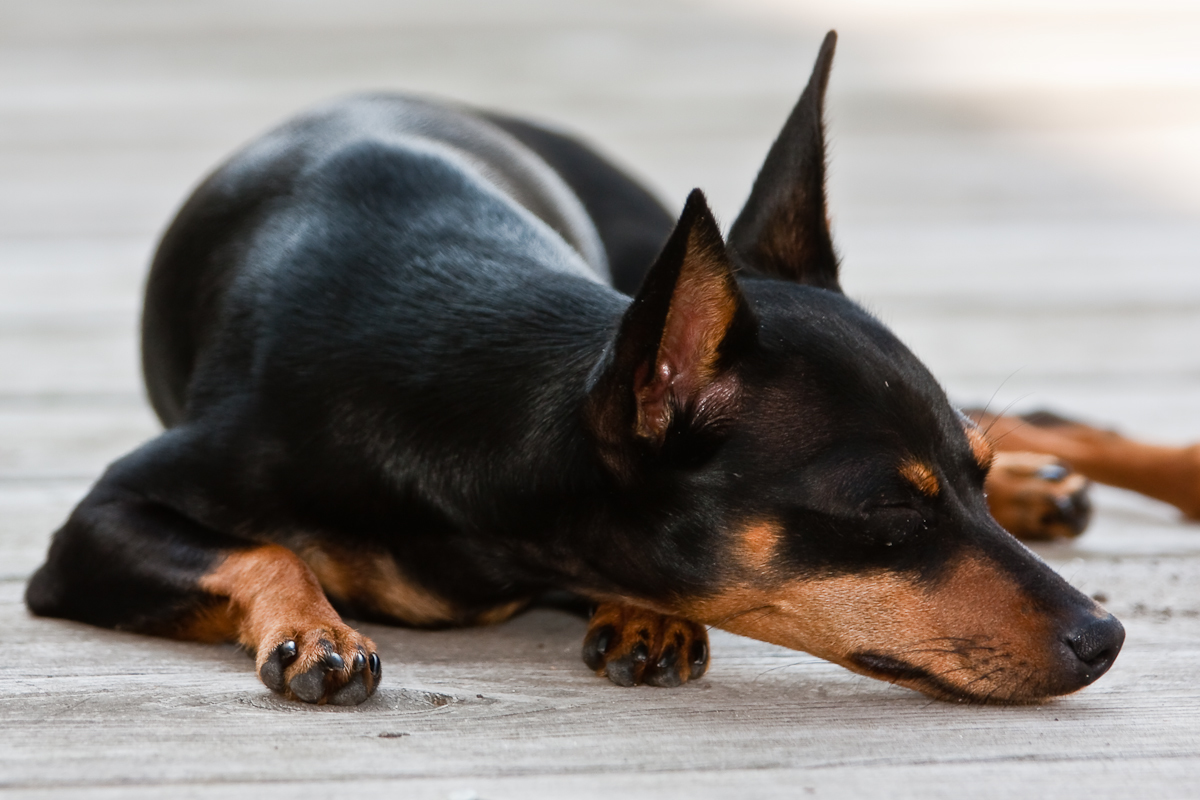