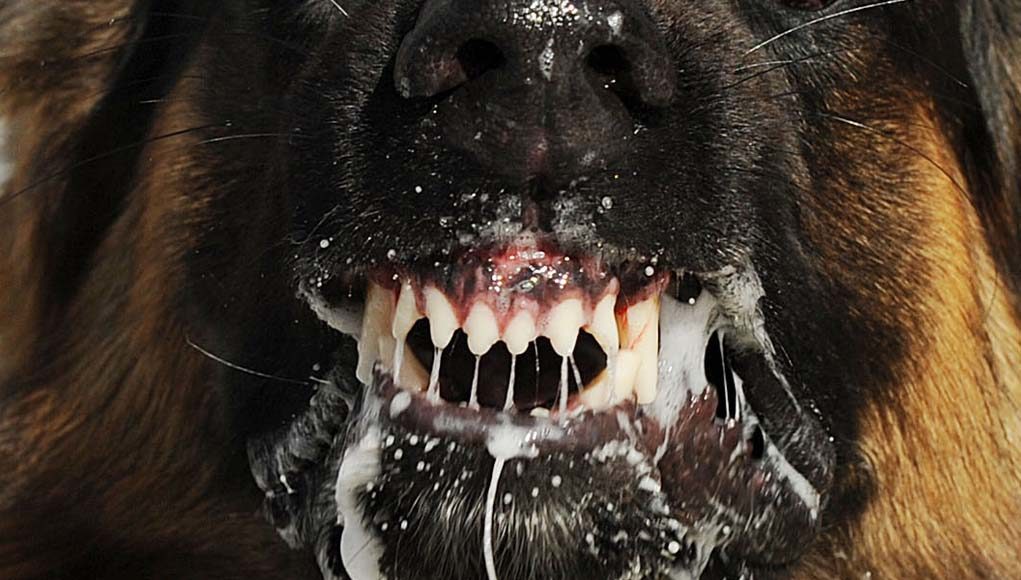 Rabies is a serious viral disease seen in mammals. This negatively affects the central nervous system and leads to death. Rabies is typically transmitted through bites from infected animals. Humans can be equally susceptible to the rabies virus if bitten by an infected animal.

The rabies virus is a single-stranded RNA virus of the Lyssavirus genus. It can be transmitted through the exchange of blood or saliva between an infected animal and a human. In order for the virus to be transmitted, a bite or scratch must occur, although lab accidents have led to the transmission without direct contact. This virus is highly infectious and deadly. 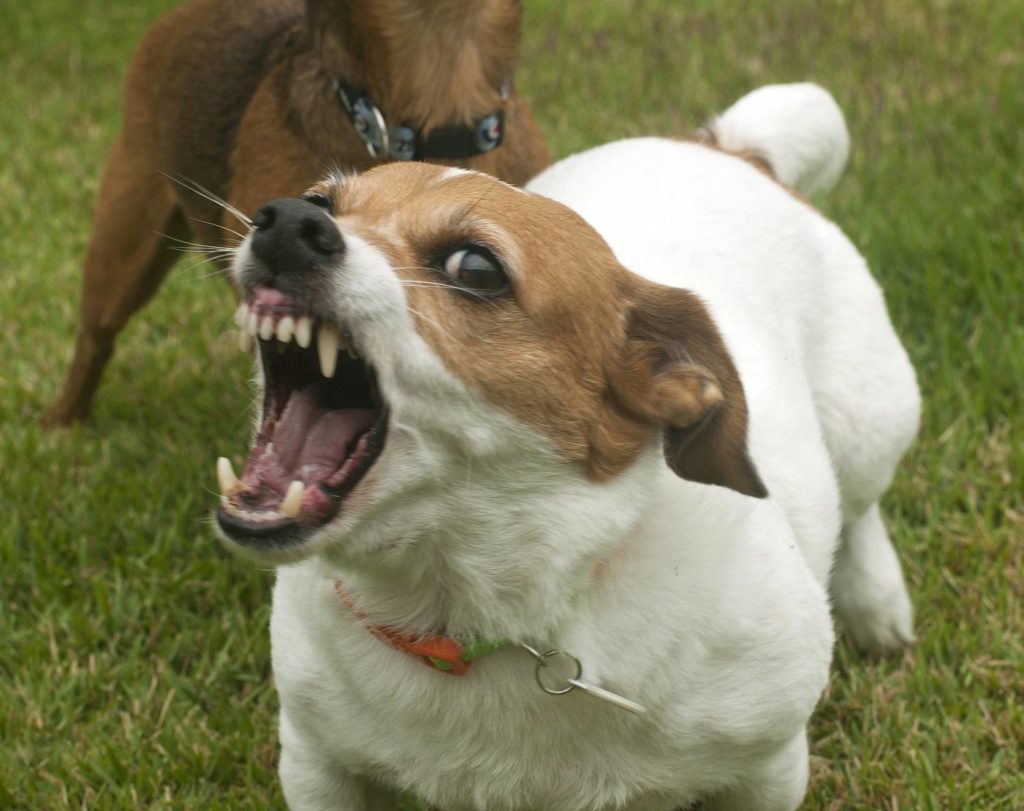 Once the dog has been exposed to the virus, it replicates in the cells of the muscles and then spreads to the closest nerve fibers. It travels from there to the brain in a few days. The virus takes less than a month to develop but usually takes less than 10 days. Once symptoms have begun, they progress rapidly.

Rabies in dogs can sometimes be transmitted between pets, but it’s most often caused by exposure to wild animals like bats, raccoons, and foxes. Each year about 400 to 500 cases of rabies are reported in domestic pets like cats, dogs, and ferrets. This is uncommon in dogs in some countries because it is 100% prevented with vaccination.

The symptoms of rabies in a dog are different from each other, the dogs that have been affected may not show all the signs at the onset of the infection. The signs may include behavior and personality changes, fearfulness, anxiety, withdrawal from people and other animals, and licking the site of the original bite wound. Restlessness, excessive salivation, agitation, and overreaction can also be included. 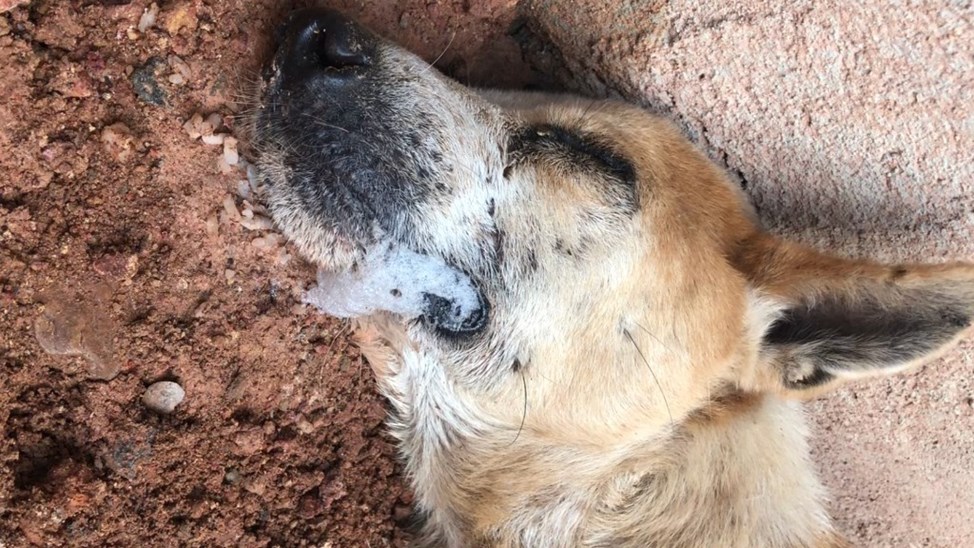 Dogs may also suffer from paralysis in their head, neck, and chest areas. This could lead to them being unable to swallow, which causes excess salivation and respiratory distress. With death happening at the end.

The disease known as rabies can be confused with other conditions that cause aggressive behavior. A diagnosis is based on a history of possible exposure.

When diagnosing a disease in a living pet, the vet typically makes a presumptive diagnosis based on clinical signs and patient history. In pets that have been exposed to the virus, the quarantine period allows the vet to watch for signs of the disease in unvaccinated pets.

Only a dFA test can confirm rabies in dogs, but this requires brain tissue samples which are only possible after death. The test can only be performed on dogs after they have died or been euthanized. 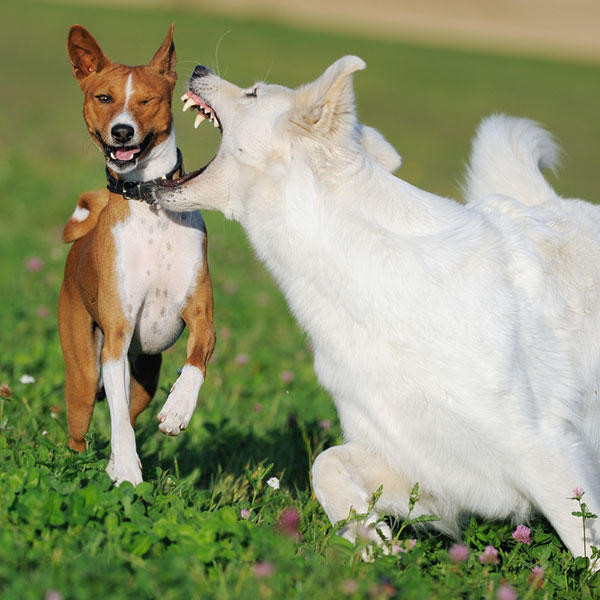 Pets that have been exposed to this virus must be quarantined for observation. Unvaccinated pets are often put down, while pets with a history of vaccination are given booster shots and placed under observation.

There is no cure for the virus. Animals that are obviously sick and have advanced signs of this virus must be put down to prevent unnecessary suffering of the animal and to prevent further transmission of the disease to humans and other animals.

Dogs and other pets should receive routine rabies vaccines. The normal virus vaccine was given to dogs once per year, but because people are not going there regularly led to the development of a three-year vaccine. Rabies vaccines are also available for humans, but the protocol is more complicated than it is for pets.

The best way to prevent the virus is to minimize your dog’s exposure. Do not let your pet roam out of your sight, especially in wooded areas where encounters with wild animals are more common. Keep him on a leash and avoid interactions with unknown animals.