Throughout the following centuries, dogs continued to play a vital role as cattle drovers and also protected people from bears in what would become Rottweil (derived from red tile). These dogs were most likely mixed with Sennehund (Mountain Dog) strains.

Rottweil prospered and became a center of cattle commerce. The dogs that drove and guarded cattle became known as Rottweiler Metzgerhund (butcher dog). With the advent of trains, cattle driving was outlawed, so the Rottweiler found a new job. The butcher dogs were an integral component in the town’s industry until the nineteenth century. 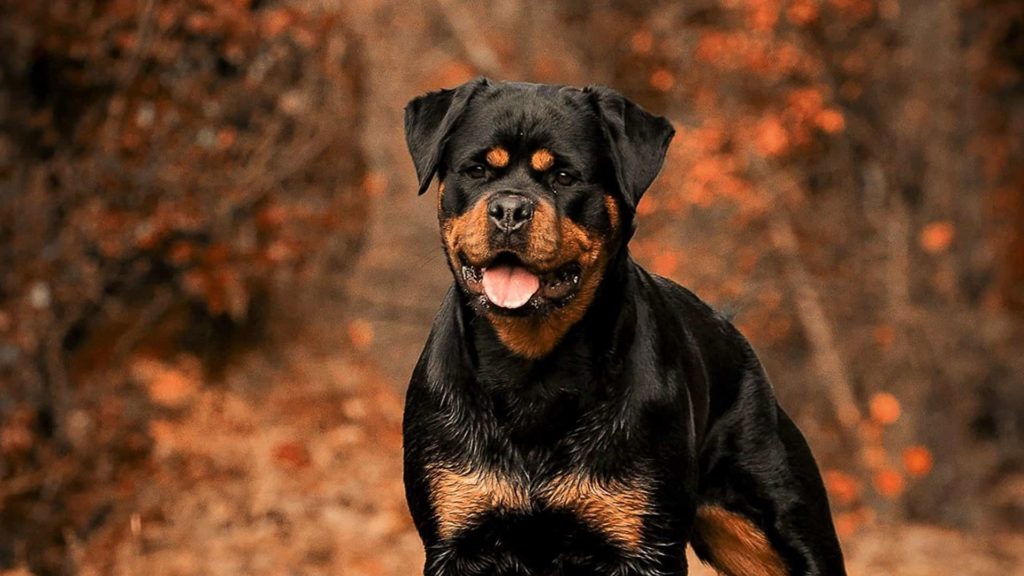 The Rottweiler was originally bred to be a herding dog. It was also used as a draft dog, but it was replaced by donkeys in the early 20th century because of its greater endurance. The breed suffered greatly after that point, and by 1905 there was only one female Rottweiler left in all of Germany. A group of people formed a club was formed in 1901 and set about to bring it back to life.

Rottweilers have been used in police, military, and rescue work. They recovered from their brush with extinction to become the second most popular breed in America by the early 1990s. They are now less popular than they were before but can still be found in many homes.

The Rottweiler is a large, sturdy dog with an imposing appearance. While there are no height or weight restrictions, this medium/large breed should appear neither too heavy nor too light – the correct weight should be in proportion to the body structure and frame. The coat is short and sleek. When people look at dogs they judge them first by their size. A medium to large breed, the Rottweiler stands 61–69 cm  at the withers for males, 56–63 cm for females, and the weight must be between 50 and 60 kg for males and 35 and 48 kg  for females

The behaviour of Rottweiler Dog

Exercise and Training for the Rottweiler Dog

The Rottweiler Dog needs daily exercise, either in the form of long walks or jogs, or a vigorous game in a safe area. They also enjoy training lessons. They typically enjoy cool weather and may become overheated in hot weather. Their coat care is minimal, consisting only of occasional brushing to remove dead hair. 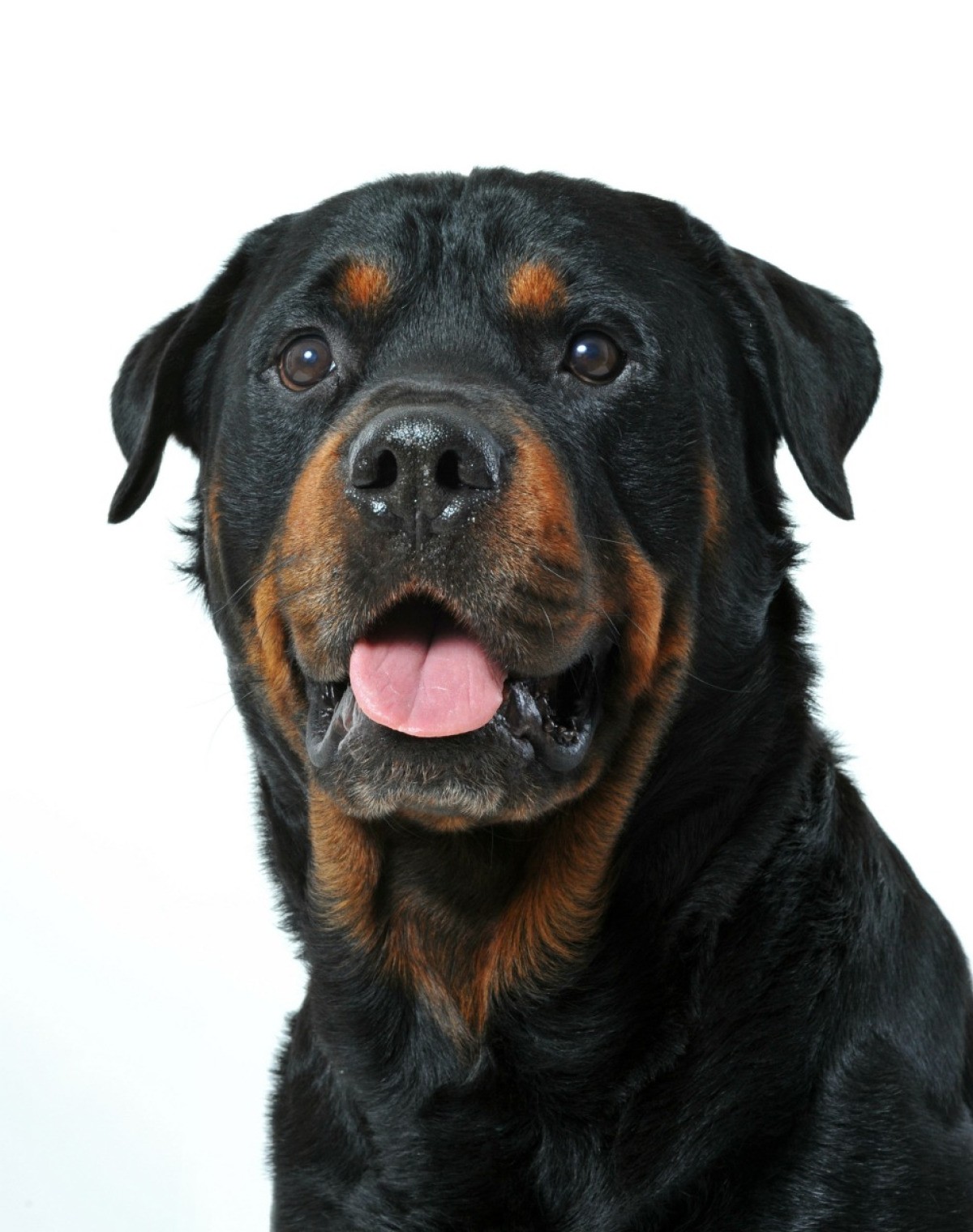 If not fed or exercised properly, Rottweilers are prone to obesity. The consequences of obesity can be very serious, including arthritis, breathing difficulties, diabetes, heart failure, reproductive problems, and skin disease. Rottweilers are known for their susceptibility to osteosarcoma, a common cause of death in the breed. The reason for this is unknown, but it is suspected that Rottweilers’ large and heavy bone structure has something to do with it. All breeds of dogs can become infected with parvovirus; however, Rottweilers are more susceptible to parvovirus than other breeds. 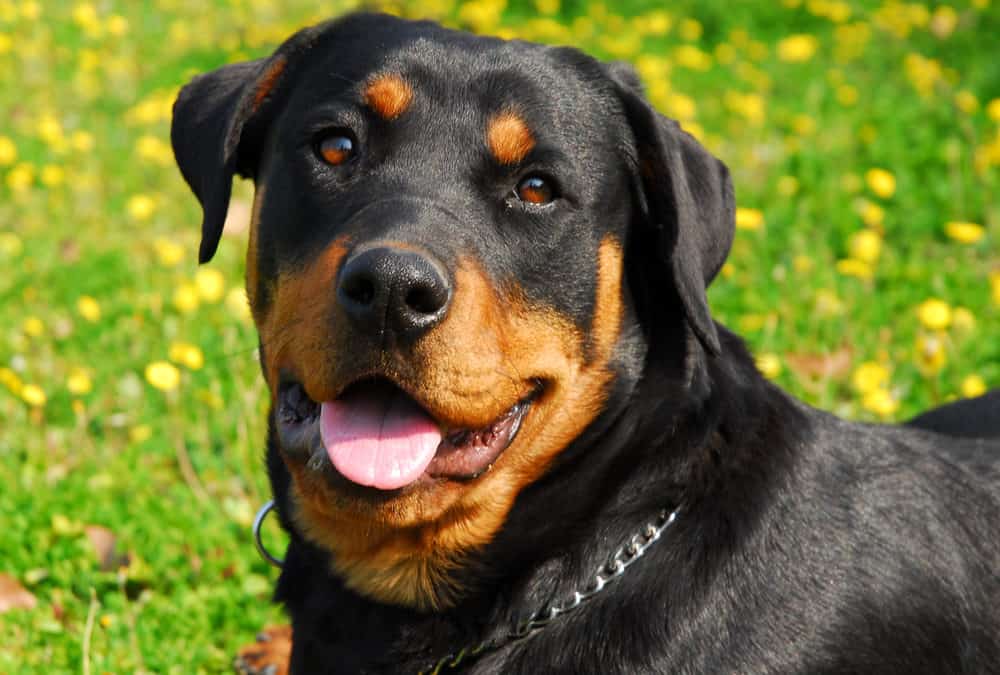 The Rottweiler is a dog that makes an excellent companion in the right hands. If socialized, trained, and supervised, he can be great for any home. However, if these things are not given attention to on a regular basis, the dog can become too much of a challenge for many households.