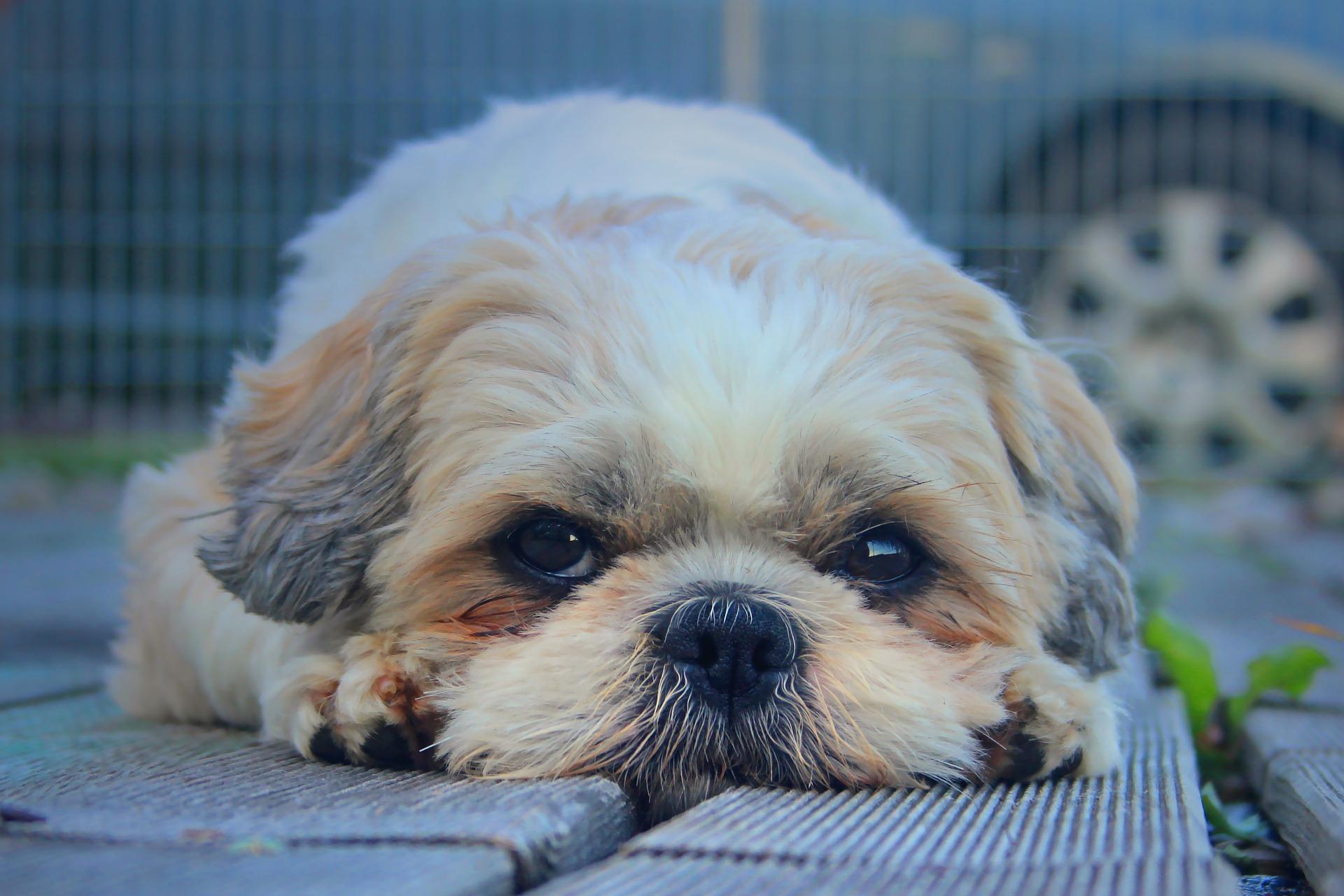 The Shih Tzu is a breed of dog that descended from the Pekingese and Lhasa Apso. The breed was rare in China because it had been reserved for Chinese royalty. Dog lovers in Europe were able to import them in 1930, but they remained quite popular until the 1970s when the number of puppies sold dropped off significantly due to new grooming.

The Shih Tzu breed originated in China. The name is derived from the Mandarin word shi, which means lion. This breed’s appearance makes it look like a small lion. Evidence of this dog’s ancestors can be traced back to ancient breeds of dogs, particularly Tibetan dogs.

The exact origins of the Shih Tzu are unknown, but it is believed that they have existed since the 14th century as a Chinese royal house pet. They were favorites of Empress T’zu Hsi in the late 19th century.

The Chinese royals didn’t allow the dog to be outside of their nobility. It wasn’t until 1930 that they were imported into Europe, and when they arrived in the U.S. after WWII. The first Shih Tzu breed was recognized by the American Kennel Club (AKC) in 1969.

The Shih Tzu is a sturdy little dog with a small muzzle and normally has large dark brown eyes. The Chinese have described their head shapes as “owl head” and “lion head”, and their mouth as “frogmouth.” They have a soft and long double coat.  It has a short muzzle and large dark brown eyes. Their hair is long and full, soft to the touch, and grows thickly around their head. Many people compare them to “owls” or “lions”. The Chinese name for Shih Tzu. 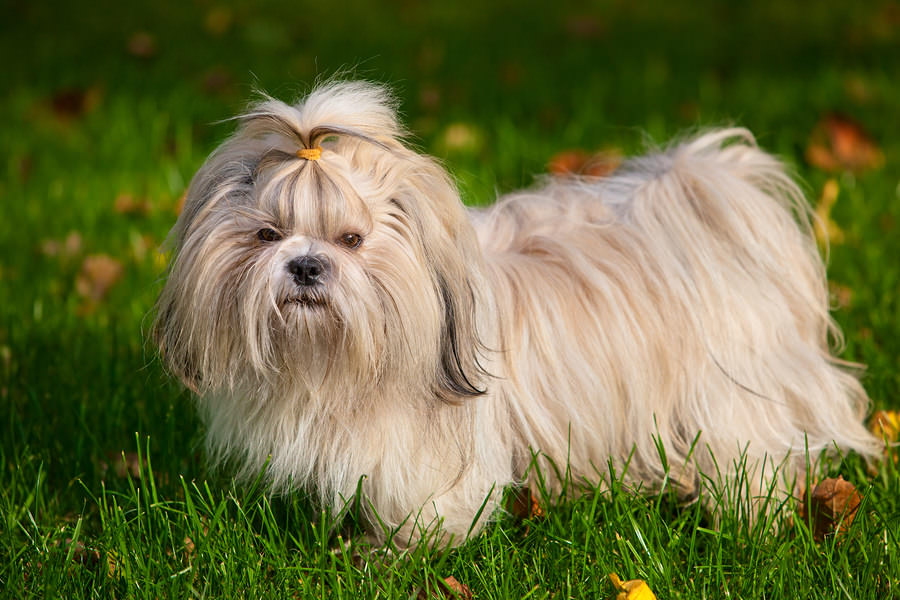 In China, there is a breed of dog called the Shih Tzu. It has floppy ears and a heavy coat and is curled over the back. It should stand no more than 27 cm at the withers and weigh 4 to 8 kg. The heavily furred tail is carried curled over the back. The coat may be of any color, though white and with blazes of grey.

Shih Tzus aren’t big chewers, but they do like to dig and bark. They enjoy being with people and have a strong desire to be the center of attention.

The Shih Tzu breed of dog is considered a hypoallergenic dog. The low shedding pattern of the coat makes the dog less likely to spread allergens through loose hairs that remain in their coat rather than being released into the air. However, it is important to be aware that allergens also remain in the dead skin and saliva of the breed. 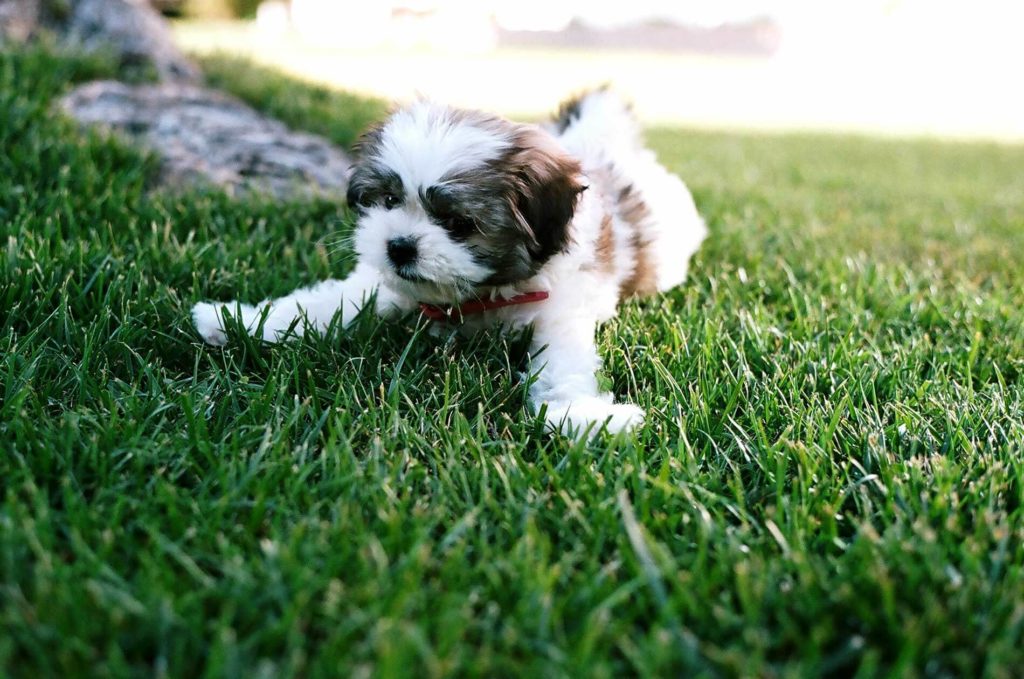 Shitzu dogs are small in size, but famous for their playful and independent personality. They have a calm temperament and get along well with any other animal or human. However, they aren’t the most obedient of breeds because of their independent nature.

Shih Tzu dogs need to go through proper training and socialization in order to keep them happy and well-adjusted. This may be a small breed of dog, but they still need the same amount of attention as their larger counterparts. They are relatively intelligent but have a stubborn streak that you will have to get used to.

If you are looking for an easily groomed breed, the Shih Tzu is not for you. These dogs require weekly baths with oiling of the coat to help keep matting down and daily grooming to remove any foreign objects that could catch in their coats. Breeds with the correct texture of coat do not mat nearly as much as those with a soft coat. 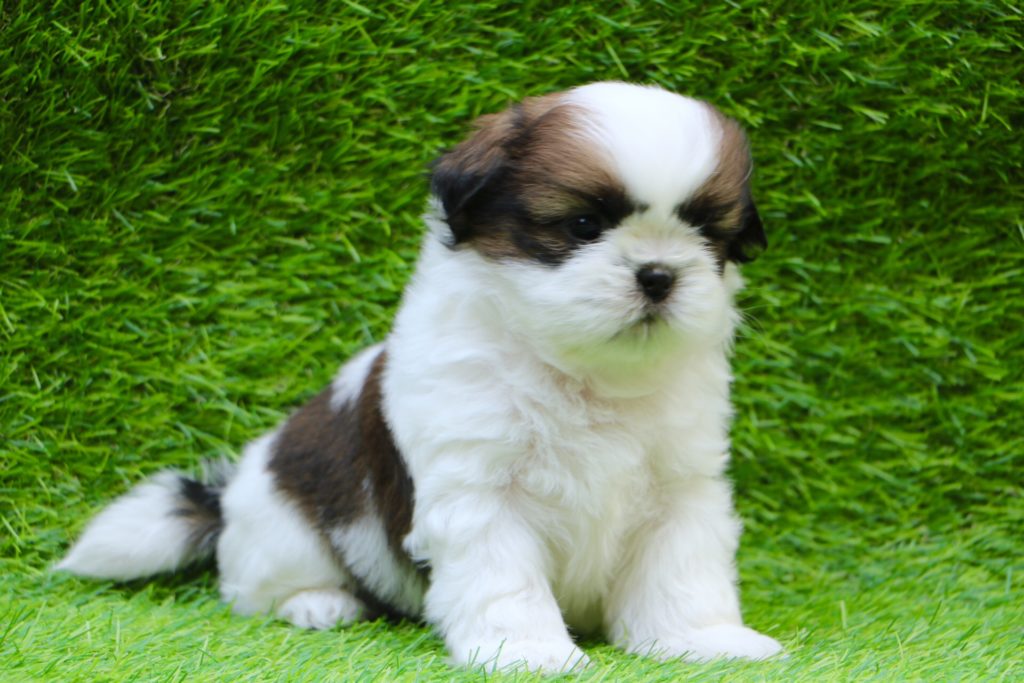 The Shih Tzu is a very energetic dog breed. If you are not able to give them the exercise they need, they may develop behavioral issues. They are moderately active indoors and can adapt well to living in an apartment as long as you give them time for play. This breed does not do well in hot weather because of their flat faces that limit their ability.

Several health issues, some of them hereditary, have been found in individual Shih Tzu. These include Brachycephalic Syndrome, Intervertebral Disc Disease, Keratoconjunctivitis Sicca (Dry Eye), and Distichiasis. The average lifespan for a Shih Tzu is 10 to 16 years.