The Spanish Mastiff Dog Breed is a native to the region of Estremadura in Spain. This breed was popular in that country during the 17th and 18th centuries. It is believed to be an ancient dog with origins from 2000 years ago when it came from Syria or India. Evidence of this can be found in the Phoenician colonies of Gades. It was probably descended from ancient dogs called Molossers.

The Spanish Mastiff is a natural guard and has been crossed with other breeds to perfect its type. The dog is popular in Spain as a guard of both livestock and the home  Due to this dog’s size and strength, and being one of the world’s great droolers.

The Spanish Mastiff is a breed of dog that originated in Spain. They are large dogs with massive heads and were bred to guard livestock. The breed may be seen at most Spanish dog shows, but they are rarely seen outside the Iberian Peninsula. These dogs are the national dog breed of Spain, and now make up around 90% of all native Spanish dogs.

The mastiff is a dog that was used to guard the herds of sheep from predators. In medieval times, this dog accompanied the sheep as they crossed from northern to southern Spain. The “mastiff” had a chunky necklace with skewers that protected it from attack by wolves and other predators. Their function was primarily protective, unlike the other dogs that were used for grazing.

The Spanish Mastiff is a large dog with a deep muzzle and a characteristic neck (a fold of skin under the neck). It has an imposing appearance with a massive, rectangular body. The neck is strong and powerful, but not too short. The Spanish Mastiff has double dewclaws on its hind feet.

The Spanish mastiff is a large, strong dog that has a straight coat with a dense under-layer and a wooly texture. The colors include yellow, red, black, wolf-grey, and red-brown or broken colors or spotted. White should not be too dominant. The center of the back and the tail have longer hair. 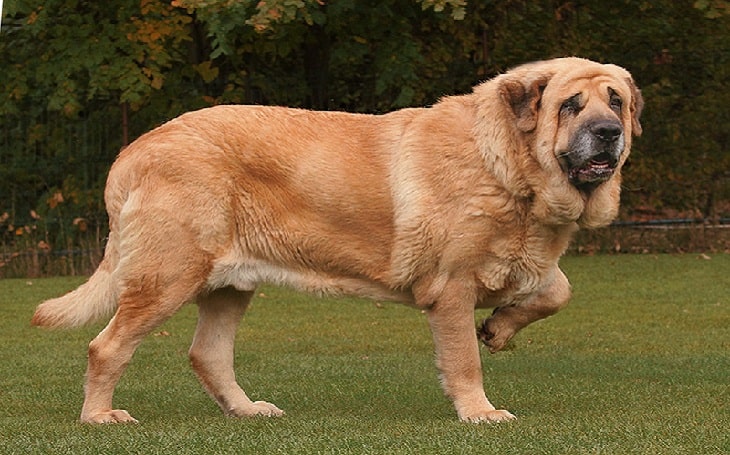 The eyes are small, The body is as long as it is tall. There is plenty of loose skin on the back of the neck that forms wrinkles when the dog is alert or excited. The ears hang close to the skull and are folded at the base.

This Spanish giant is detached, dignified, calm, and intelligent. It is devoted to its family and may politely accept strangers if properly socialized, although it will be wary of them. It can be aggressive toward other dogs. It is a wonderful protector of its home and family.

Mastiffs are surprisingly quick and agile for their size. Their temperament is determined by the kind of owner they have and the people around them. These dogs are not suitable for beginners, as they need owners who can be strong, confident, and stable-minded. They like to be close to their owners. 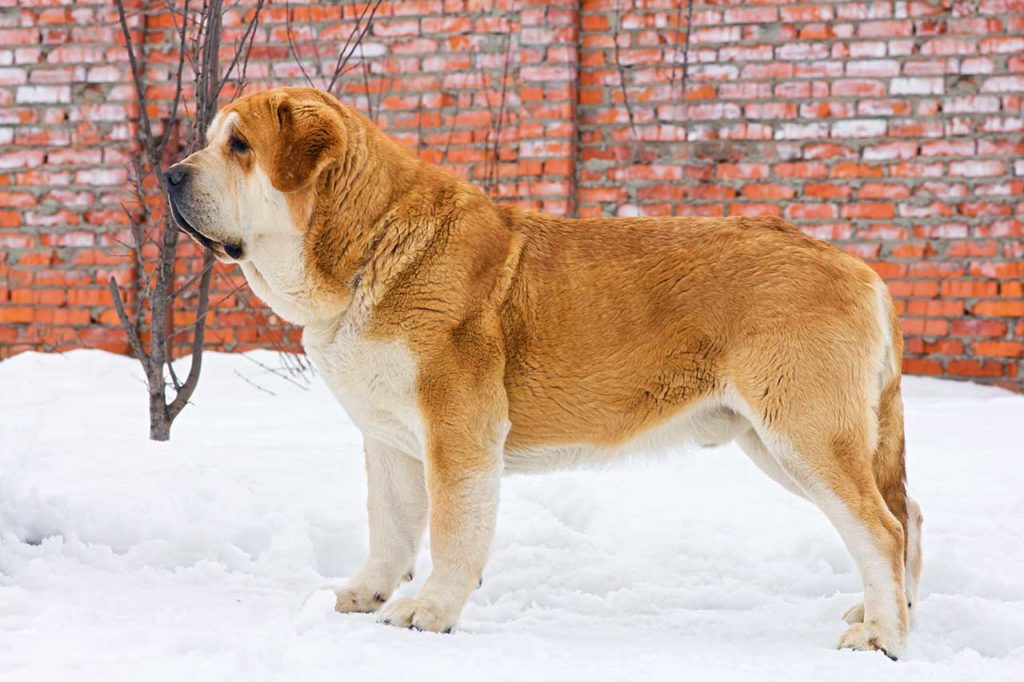 Socialization and training should begin early to ensure this dog is a stable and reliable pet. It is not truly a lapdog, but it does form strong bonds with its owner and family. If trained well, the Spanish mastiff can make a great companion for everyone in your family.

The Spanish Mastiff is extremely friendly and loves food but can become bored easily. Training must be consistent and firm, but gentle. The Spanish Mastiff will be an extremely loyal pet that needs a lot of attention. It can also become very protective of its owner or family members.  The breed tends to lumber more than gallop, but it can move quite rapidly when necessary. A long daily walk will be enough for this breed, but it would enjoy a fenced area. 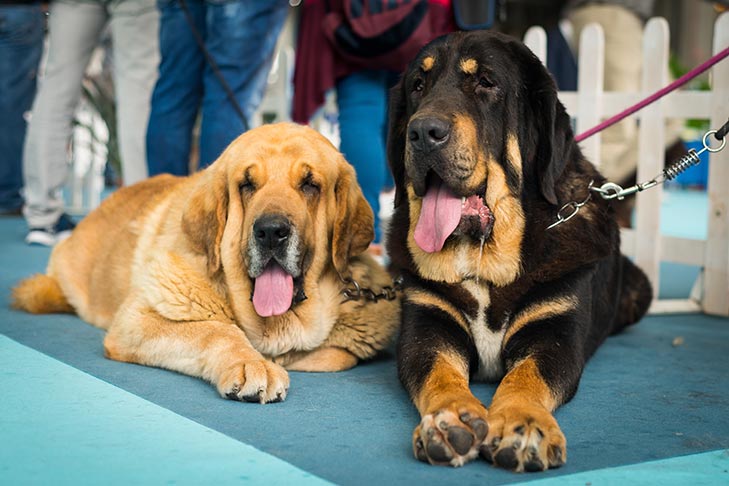 Brush your dog’s coat regularly, especially when it is shedding. Clean the ear passages. When fully mature, this breed has a moderate need for exercise. Like all other dogs, this breed is slow to mature, especially males. They tend to be the most active as young adults.

The Spanish Mastiff is a large breed that can live up to 12-14 years. This dog is prone to hip dysplasia, heart problems, and entropion. Its mouth sometimes hangs open because of an inward curving of the eyelid called entropion. Some Spanish Mastiffs suffer from bloat or gastric torsion.