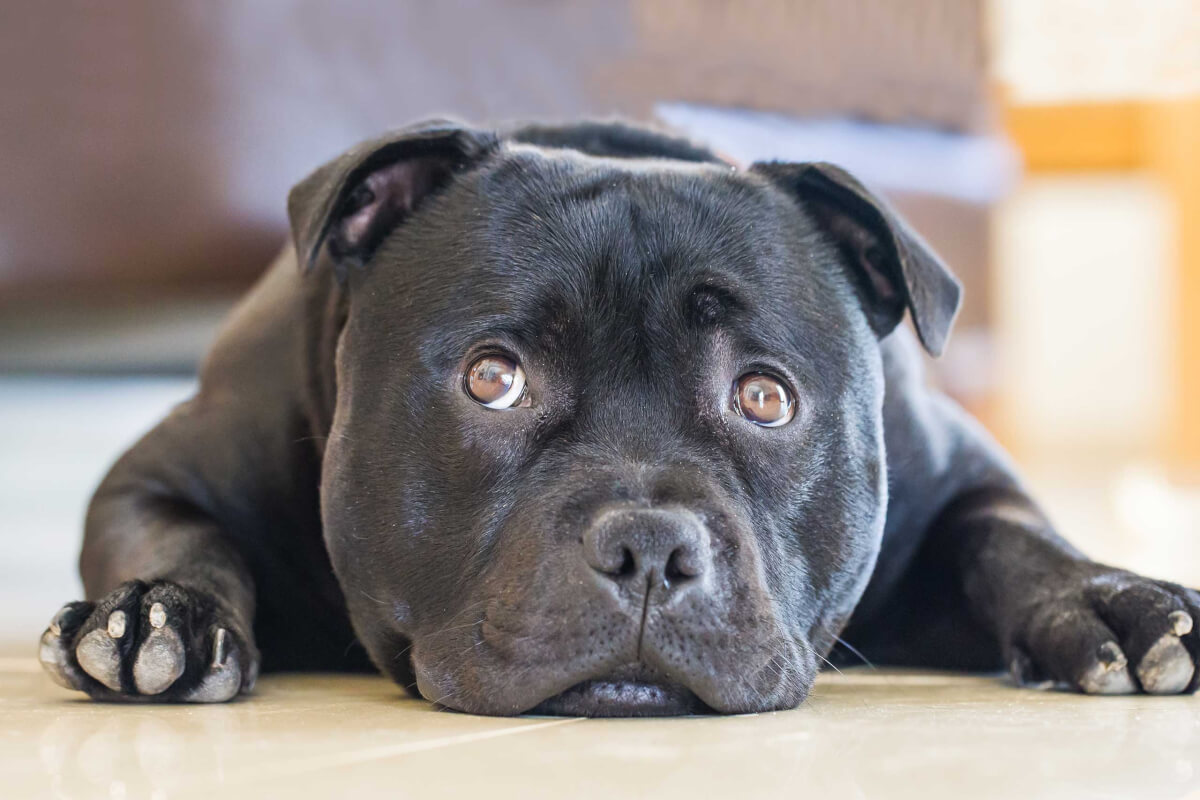 The Staffordshire Bull Terrier Dog Breed was bred from the ancient Molossian war dogs of the Greeks, who were, in turn, descended from the great Mastiffs of Europe. These dogs were bred to bait bulls and other animals in what was then called the Black Country of Staffordshire and parts of Warwickshire.

If one were to discuss bull-type terrier breeds, there would be only one breed that might have some discussion over whether it was originally considered a bulldog type. That is the Staffordshire Terrier. While most agree that the bulldog had a large part in its genetic makeup, some suggest that other extinct breeds may have been involved as well.

All bull-type terrier breeds include the Bulldog in their makeup. Some suggest that extinct breeds like the White English Terrier and Black-and-Tan Terrier were part of the genetic mix that led to the creation of the Staffordshire Terrier.

In the early 1800s, bull and terrier mixes were bred to satisfy the need for vermin control and blood sports. In mid-19th century England, James Hinks crossed a bulldog with an English white terrier. This mix created two different types of bulldogs: The first was a larger version that had more muscle mass for use in baiting bulls with better legs and a more appealing head.

The original bull and terrier type of dog was preferred by devotees over Hink’s Bull Terrier, and they remained loyal to their preferred type. This became the modern Staffordshire Bull Terrier of today, which is still of the same ancestry as the Bull Terrier.

The Stafford is a large, muscular dog of small to medium size. It has a broad chest and shoulders, strong legs, and a broad head with a short muzzle. The ears fold over at the tips and are not cropped. The coat is short, stiff, and close. The colors can be red, fawn, white, black, or blue — or any one of these with white. it has a medium-length tail carried low. 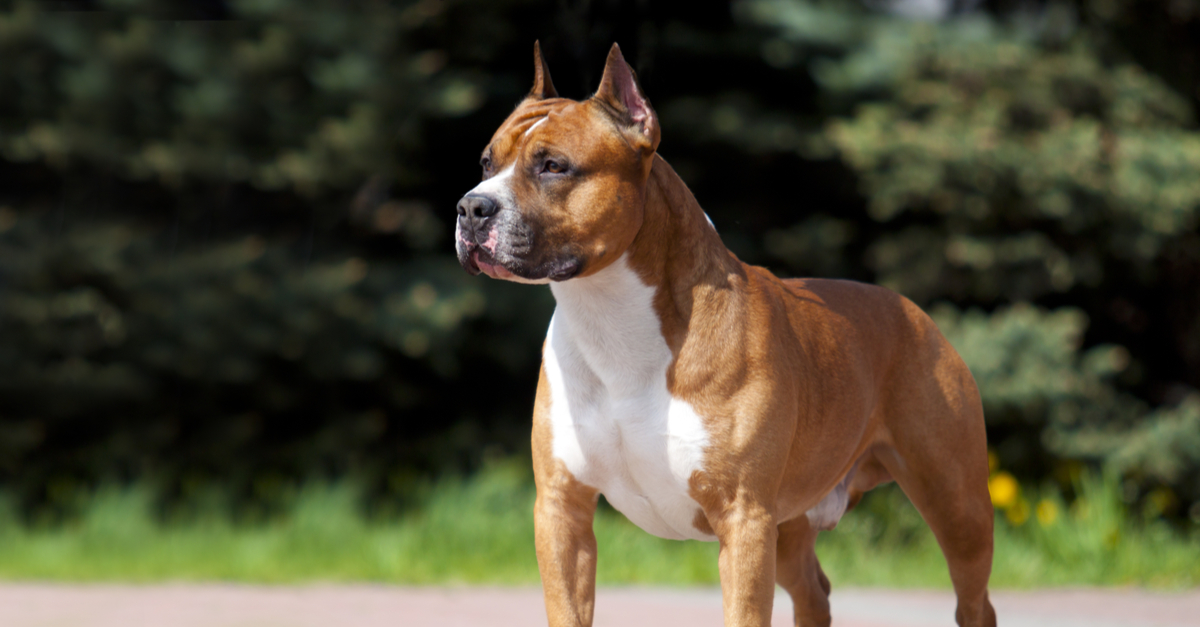 These dogs are known for their muscular frame. They are built much like a small bear, strong and powerful yet surprisingly agile. The Bull Terrier is also known for its loyalty, affectionate nature, and protective instincts. These dogs weigh 30 to 40 pounds and stand 17 to 19 inches tall. They make you think they’re much bigger than they really are when you see them in person.

Staffordshire is extremely courageous, obedient, friendly, and outgoing. It has a sense of humor and is usually good with other pets in the household if its human family provides it with strong leadership. This breed can be combative when challenged by other dogs outside of its family. Socialize this breed well to prevent unwanted behaviors later on in life. This breed is intelligent, persistent. 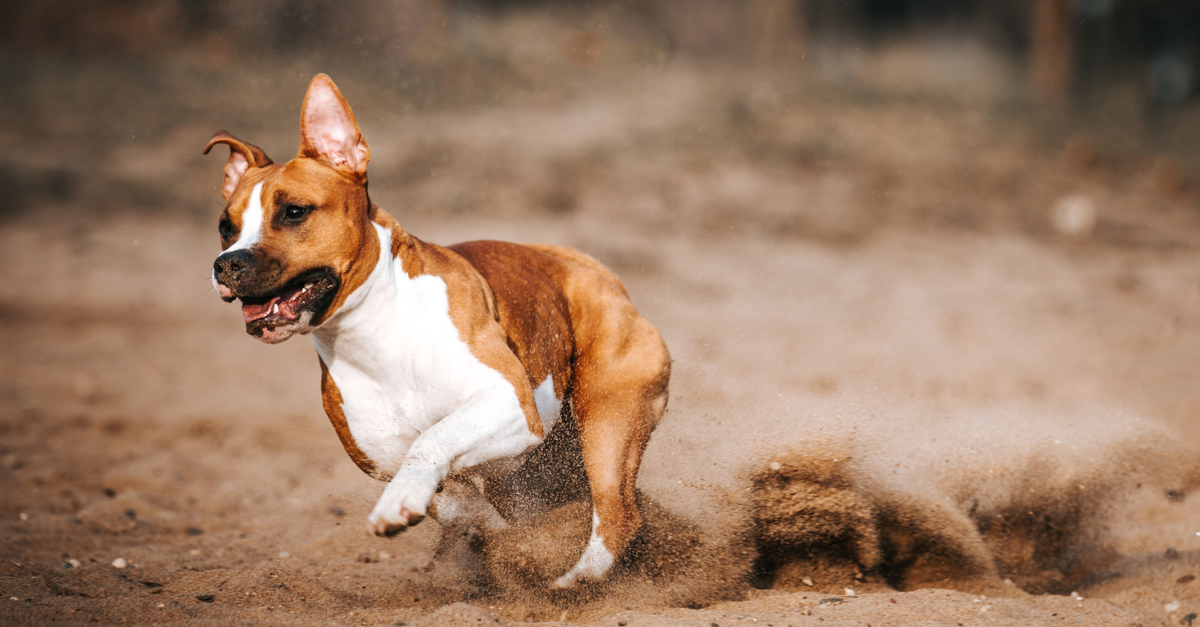 The Staffordshire Terrier is not naturally obedient. If force training methods are used, they will do more harm than good. However, if training is made into a game, the Stafford will be eager to play along. 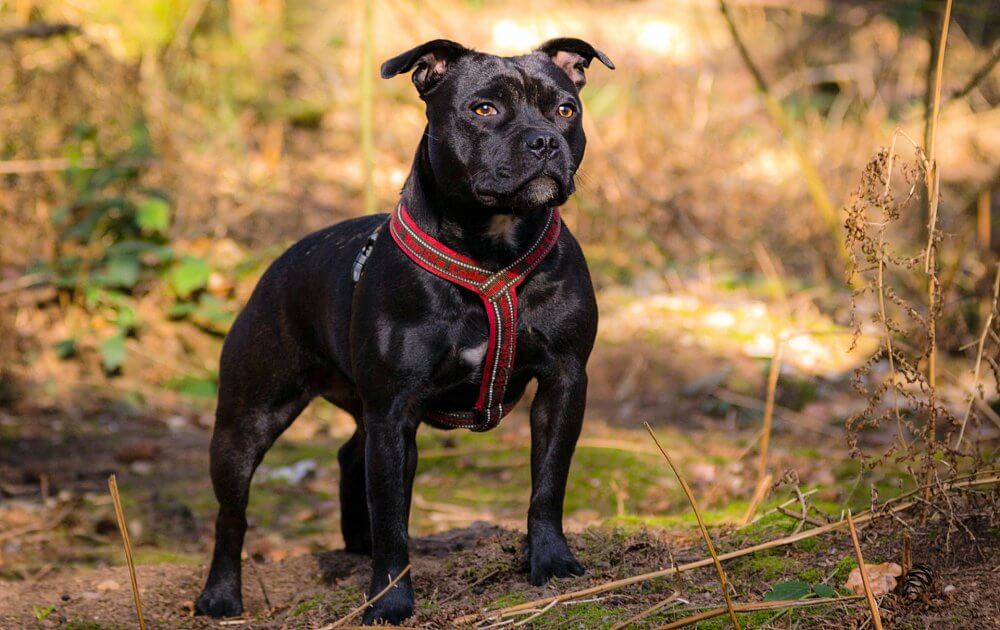 Staffordshire bull terriers have a smooth, easy-care coat that requires daily brushing with a firm bristle brush and occasional bathing or dry shampooing. The short, glossy coat should be rubbed with a piece of toweling to make it gleam.

The Staffordshire bull terrier is a healthy breed, but health conditions such as canine hip dysplasia, cardiac disease, and skin and coat allergies may be present. The average life span of a Staffordshire Terrier is 12 -14 years.