The Sussex Spaniel is a breed of dog that originated in England. It was developed in the county of Sussex to be used as a hunter’s companion and working dog. The breed originally had a black coat, but it has since changed to include red or liver coloring.  Sussex was also developed to bark while working so the hunter could keep track of them.

This breed of dog was first created by the Fuller family on the Rosehill Estate in Sussex, in South East England. In the late 18th to early 19th century, they focused on creating a spaniel that was sturdily built and low to the ground to help them negotiate the thick undergrowth of the area.

The Sussex Spaniel was brought to North America in the late 19th century. The breed was one of the first nine recognized by the American Kennel Club when it was founded in 1884. During the middle of the 20th century, its numbers declined as some of its relatives were more popular. 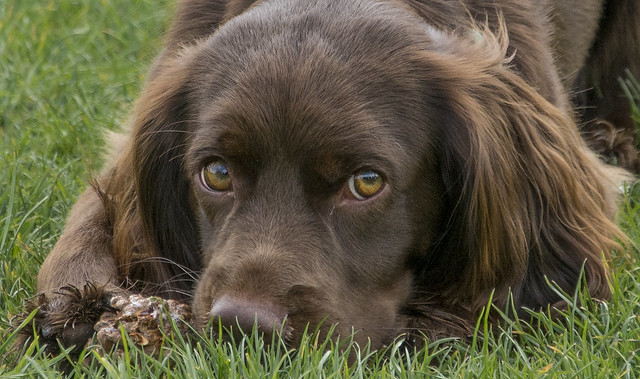 In the mid-1900s, there were believed to be less than ten purebred Sussex Spaniels in the UK. A dog enthusiast named Mrs. Joy Freer was credited with saving the breed from extinction after World War II.

The Sussex Spaniel Dog Breed is a medium-sized spaniel breed. It has a lean, muscular build that’s low to the ground and has been compared to a rectangle. They have short legs and a wide chest, which means they move slowly but with power. Their coat is flat or slightly wavy. This gait emphasizes power over speed. 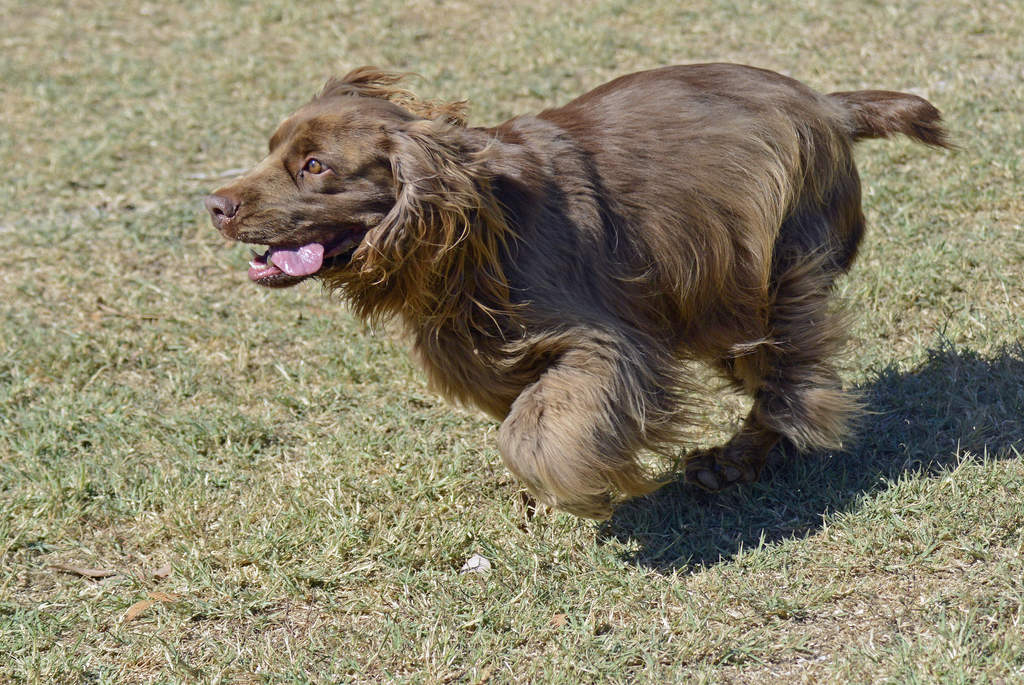 Sussex Spaniels have long, pendulous ears. They can grow up to 35-45 lb, while the height is between 13-15inhes. A distinctive feature is a long feather between their toes, which is oftentimes long enough to cover the toenails.

Sussex Spaniels are a medium-sized breed that originated in England in the mid-19th century. They love to accompany their owners on long hikes and can be considered great agility competitors, but they tend to be less busy and fast than other spaniel breeds. Sussex Spaniels have a cheerful personalities and bond deeply with their family members. They’re often more vocal and barking alerting is more common.

Sussex are prone to separation anxiety if left alone for long periods. They may howl and cause destruction when in this state. They aren’t good guard dogs, but they can be protective of their family and territory. Resource guarding is a problem if it isn’t kept in check. This breed isn’t very tolerant of young children.

The Sussex spaniel is a smart and easy-going dog breed, but they can also be strong-willed and stubborn. The best way to train them is through reward-based methods; this not only encourages good behavior, but it’s the kindest way as well.

The Sussex Spaniel needs daily exercise, but can easily be exercised with a walk or a play in the yard. If given the chance, they will appreciate a longer walk. The Sussex Spaniel is a great dog for those that enjoy bathing and brushing. In order to keep their coat looking great, weekly brushing is recommended. Their coat typically needs brushing and combing two to three times a week.

Any dog needs to be fed a high-quality diet. A sturdy canine such as the Sussex Spaniel can put on weight easily compared to other breeds. Obesity is a major problem in North America affecting dogs of all breeds. It can lead to several more serious health problems and reduce your dog’s quality of life.

Every breed of dog has its own inheritable conditions. Sussex Spaniels are more prone to Hip Dysplasia, Pyruvate Dehydrogenase Deficiency, and Genetic Heart Problems. They can live an average life span of 11-13 years of age.