The beagle is a small scent hound that looks similar to the much larger foxhound. The beagle was created largely for the purpose of hare hunting. Beagles are smaller and slower than harriers and the now-extinct Southern Hound. Since Elizabethan times, beagles have been featured in literature and paintings, and more lately in film, television, and children’s playbooks.

The term “beagle” was once used to describe a variety of smaller hounds, albeit these canines were very different from the present breed. From the period of Edward II and Henry VII, who both had packs of Glove Beagles, so named because they were small enough to fit on a glove, and Queen Elizabeth I, who kept a breed of miniature beagle-type dogs, miniature breeds of beagle-type dogs were known as pocket Beagle.

In the 1840s, a standard Beagle type was beginning to emerge; the distinction between the North Country Beagle and the Southern Hound had been lost, but the new packs still had a wide range of size, temperament, and dependability. By 1887, the extinction crisis had passed: there were only 18 beagle packs left in England. In 1890, the Beagle Club was founded, and the first standard was created at the same time. 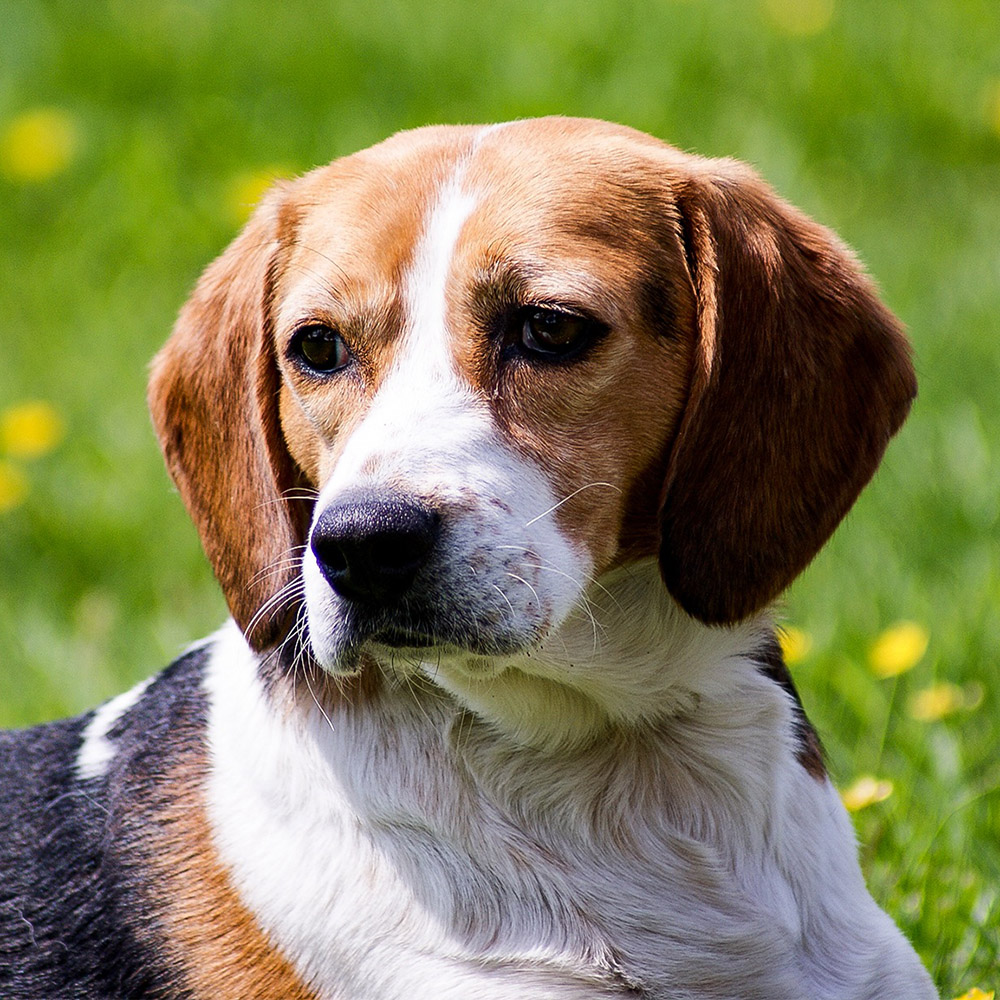 The Beagle was first reported in America in 1642. Prior to the Civil War, the South utilized Beagles, but these dogs were nothing like their English counterparts. Following WWII, English imports became the foundation for the modern American Beagle. Beagles were prominent participants across both field and appearance displays by the end of the nineteenth century.

But the cheerful little scenthound did not stop there: the Beagle went on to become one of America’s most popular breeds, with a special place in the family as a pet. Several breeds, notably the Talbot Hound, the North Country Beagle, the Southern Hound, and maybe the Harrier, were combined to create the modern breed in the 1830s in Great Britain.

The beagle resembles a small Foxhound in looks, but the head is larger and the muzzle is shorter, the expression is different, and the legs are shorter in proportion to the body. Their cranium is sleek and somewhat domed, with a square-cut muzzle and a black gumdrop nose. The jaw is firm, and the teeth are scissor-like, with the top teeth neatly fitting over the lower teeth and both sets aligned square to the jaw.

The eyes are huge and hazel or brown in color, with a hound-like imploring expression. The huge ears are long, velvety, and low-set, with a little bend towards the cheeks and rounded tips. Beagles have a muscular, medium-length neck with little skin folding but traces of a scent gland; a broad chest that narrows to a tapered belly and waist; and a long, slightly curled tail with white tips. 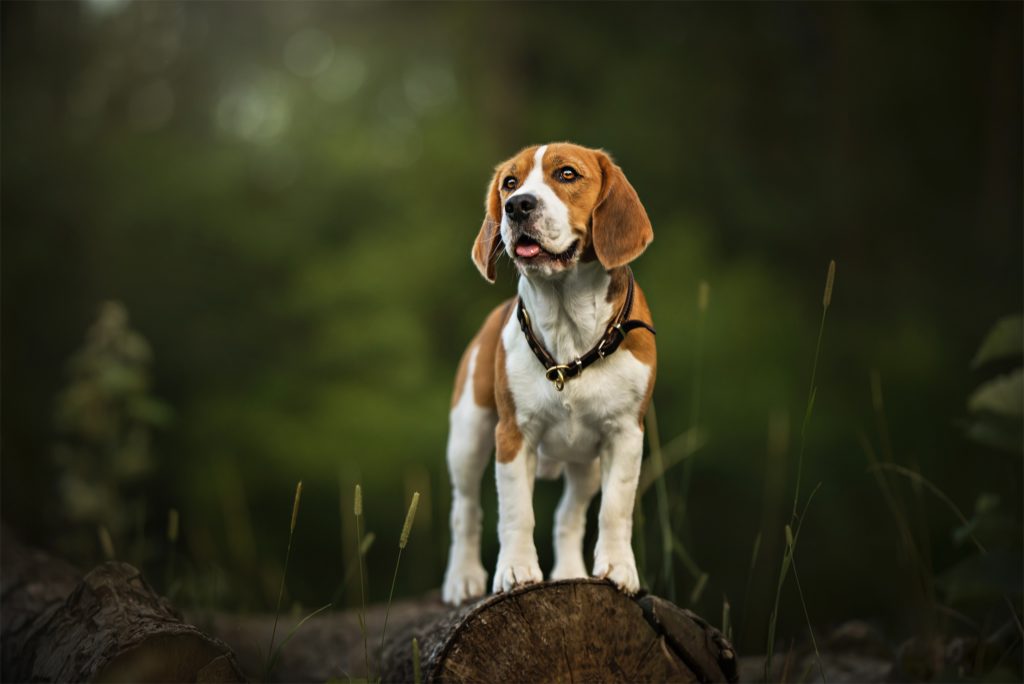 The white tip of the tail, known as the flag, was deliberately selected because the tail is plainly visible when the dog’s head is down pursuing a scent. When the dog is active, the tail does not curl over the back but is kept upright. The beagle has a toned physique and a smooth, hard coat that is medium in length. The front legs are upright and held beneath the torso, but the back legs are powerful and suppressed.

Females are slightly smaller than males on average, standing between 33 and 41 cm tall at the withers and weighing between 2 and 15.9 kg. The most frequent is the tricolored beagle, which is white with huge black patches and light brown coloring. Tricolored beagles come in a variety of colors.

The beagle’s sense of smell is one of the most developed of any canine. The beagle’s long ears and thick lips are likely to aid in trapping odours near to the nose. The beagle is a friendly creature with a calm demeanor. They are said to be pleasant, and often neither violent nor frightened, however, this varies depending on the individual. They prefer socializing and, while they may be wary of strangers at first, they are readily won over.

Because of this, they make terrible guard dogs, yet their proclivity to bark or howl, when confronted with the unusual, makes them excellent watchdogs. One of the reasons beagles have become popular family pets is because they are wonderful with children. However, because beagles are pack animals, they are prone to separation anxiety, which causes them to destroy items when left alone. When challenged with unusual situations, not all beagles will howl; most will bark, and others will bay.

The dogs weren’t very exercise-demanding; their incestuous tenacity means they do not rapidly weary when trained, but they shouldn’t need to be pushed to excess before relaxing. Regular exercise can help prevent weight gain, which is a problem for this breed. Beagles are bright, but they are single-minded and determined as a consequence of being trained for the prolonged pursuit, which can put them at a disadvantage to train. 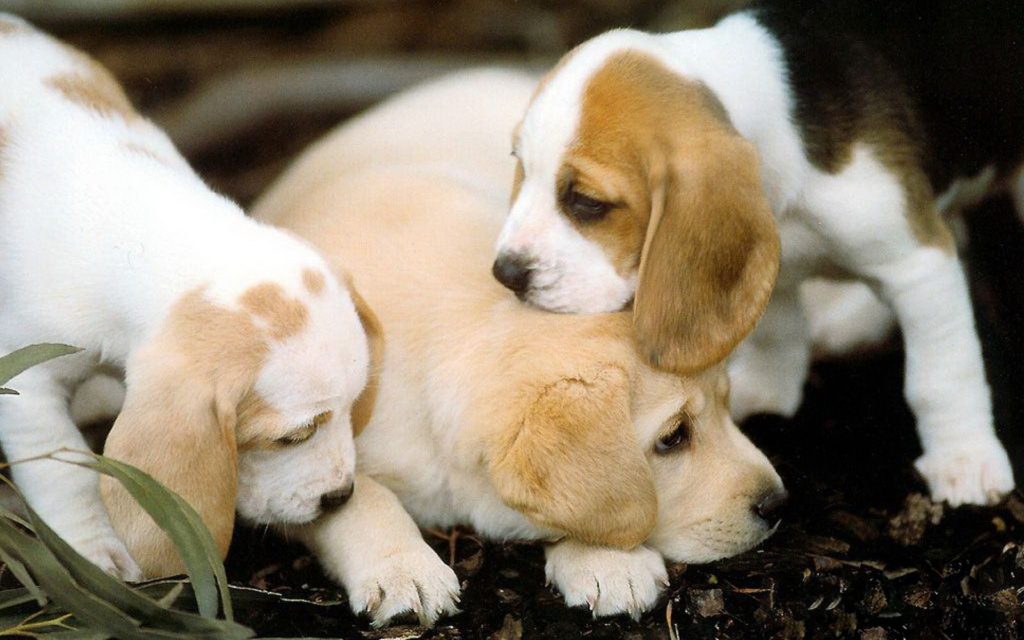 They can be tough to remember once they’ve picked up a fragrance, and they’re readily diverted by other smells. They are rarely seen in obedience competitions. The Beagle needs regular activity, which can be in the form of a lengthy leash walk or a frolic in a safe place. Coat maintenance is limited to combing and cleaning on a regular basis.

Epilepsy is common in beagles, however, it can usually be treated with medicine. In beagles, hypothyroidism and other types of dwarfism are common. An ear infection, as well as a variety of eye problems. Obesity is a prevalent concern among people with hip dysplasia, as they eat anytime food is available. Reverse sneezing is a characteristic that beagles can do. They have a median lifespan of 12–15 years of age.